I remember talking about S.C. bog a few years back on a forum but don’t think I made it then. I decided to make some and read some more on it. It looks like this is one southern dish that is not popular all over the south but confined mostly to S.C. WiKi explains it better than I can.

“Chicken bog is a pilau dish made of rice, chicken, onion, celery, spices, and often sausage. A whole chicken is boiled until tender with the sausage, onion, celery and spices, and then the rice is added and cooked until it absorbs all the liquid. Cooks often pick the bones and other inedible parts out of the pot and discard them before adding the rice to the meat and other ingredients. However, traditionally the cooks leave it all in for the diners to pick out as they eat, similar to many Caribbean meat and rice dishes. It is called "bog" because the resulting dish is very moist but not soupy.

Loris, South Carolina celebrates an annual festival called the "Loris Bog-Off". Chicken bog is made different ways in different places, but it is perhaps found most often in the Pee Dee and Low country regions of South Carolina.”

This is a great indoor cook when the winter weather is too bad to cook outside. I did manage to get some smoked sausage done on my smoker to use. I decided it kick it up a bit by using Zatarain’s garlic and herb rice plus white rice to make about 3 cups, and some green onions. I had some chicken breasts frozen to use instead of a whole chicken. I also diced and browned some bacon to serve on top.

It took me about an hour and half to assemble this and get cooked. I buttered some crusty bread with my gorgonzola chive butter and toasted under the broiler and served a green salad on the side. The wife and I both thought it was pretty darned good. The Zatarain’s rice provided just the right seasoning; the only thing I added was a few grinds from the pepper mill.


Now I am bogged down with bog! Don’t know how I will handle all the leftovers! 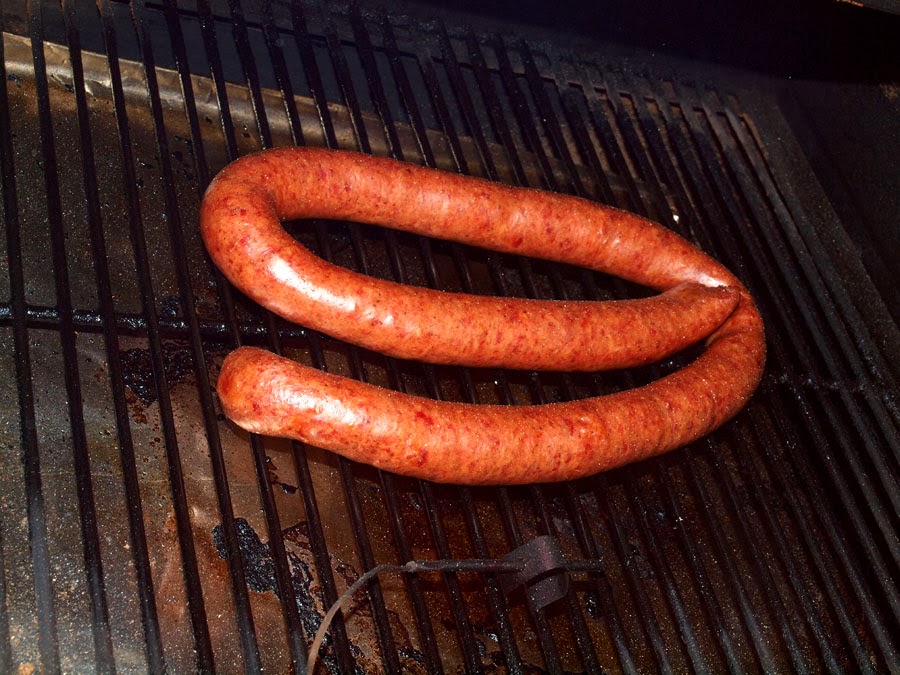 Bacon for on top 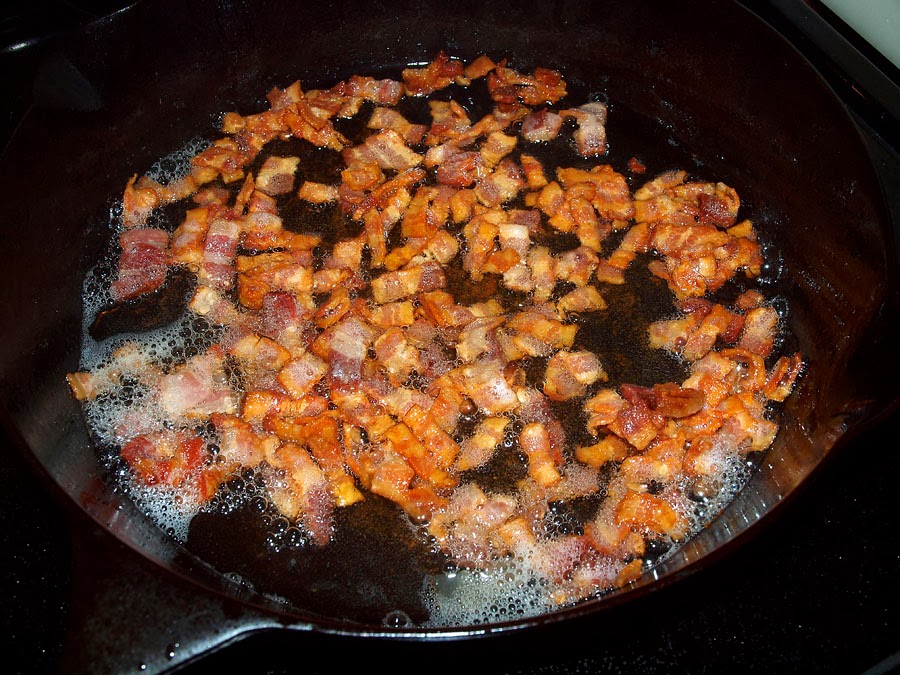 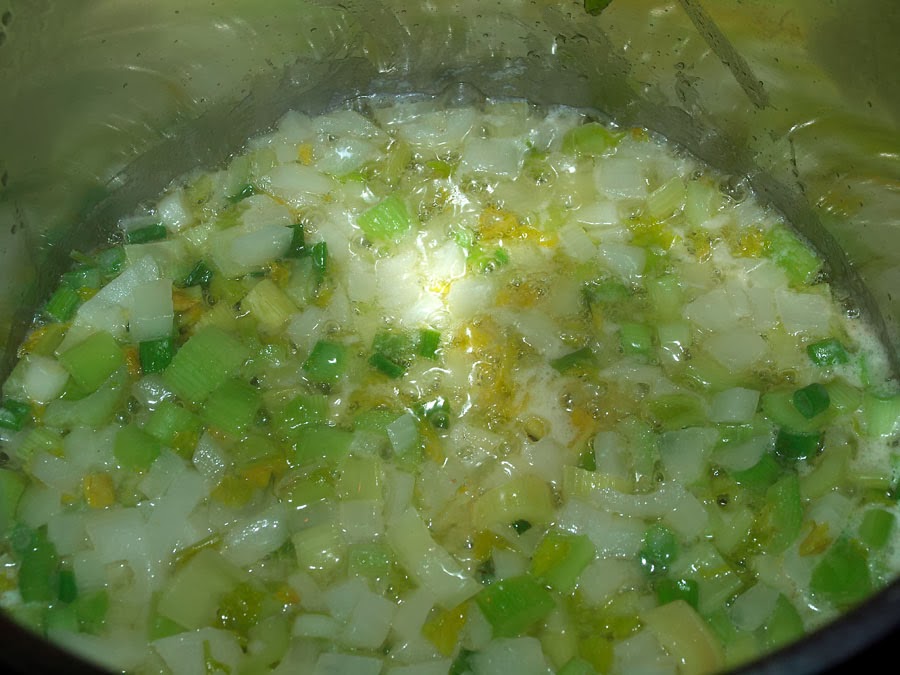 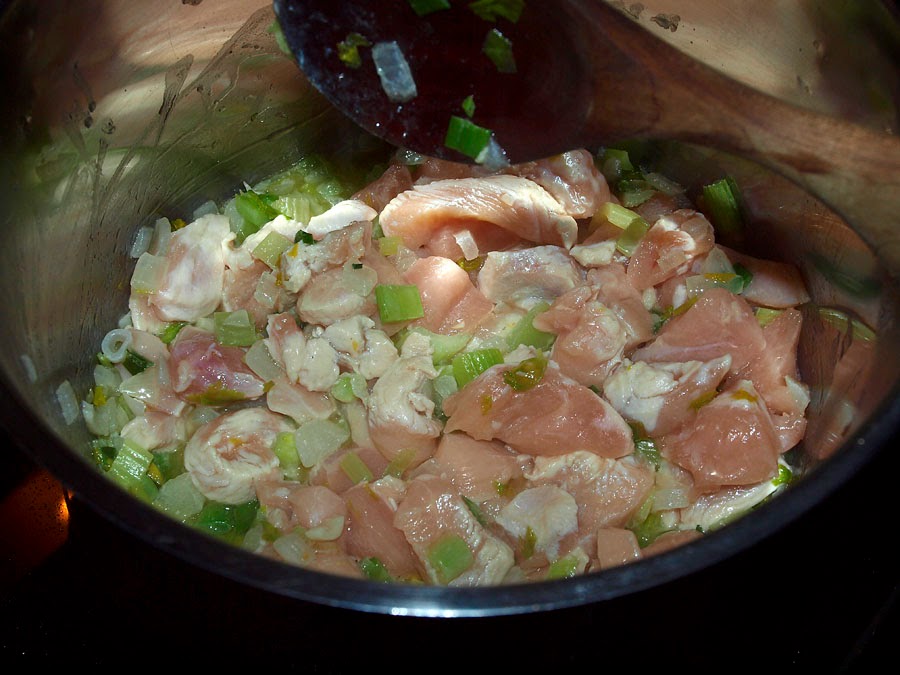 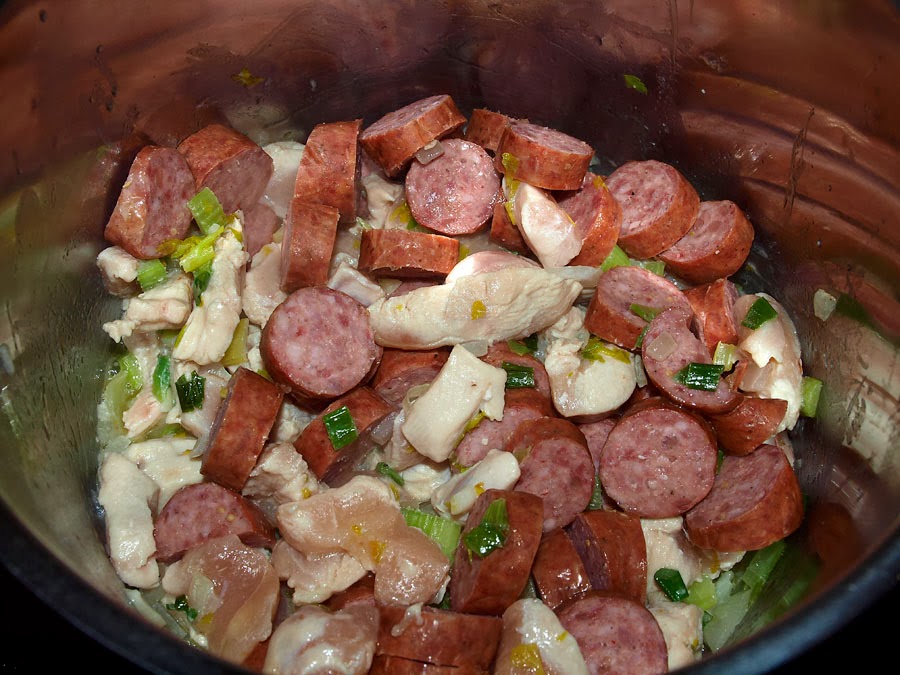 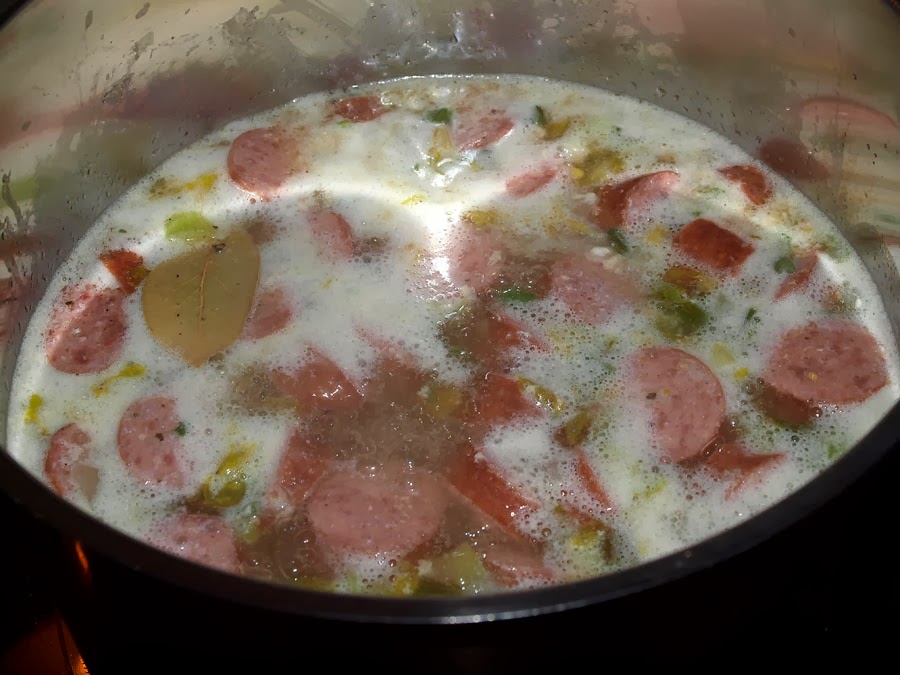 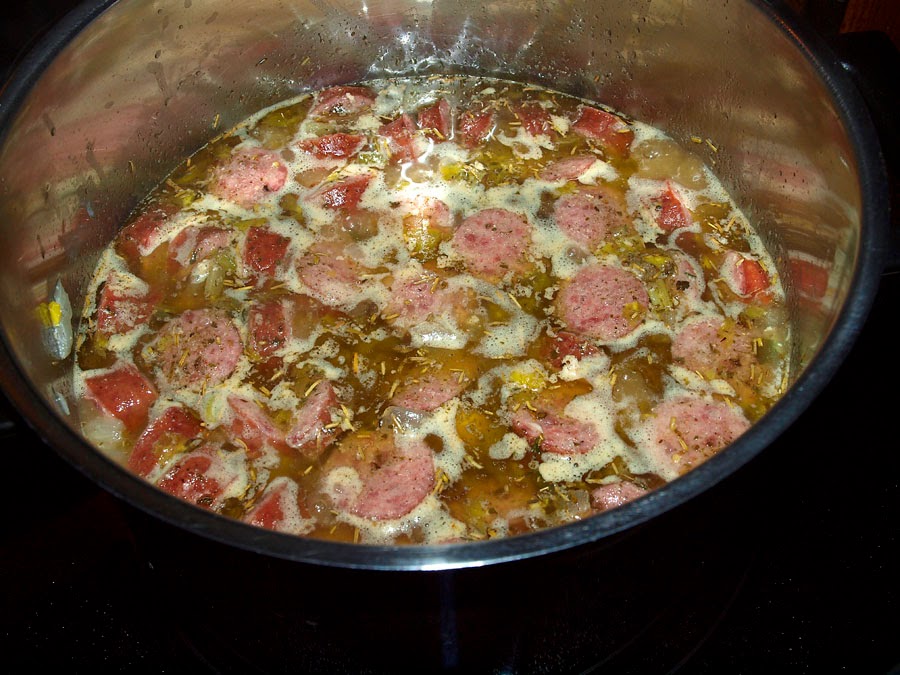 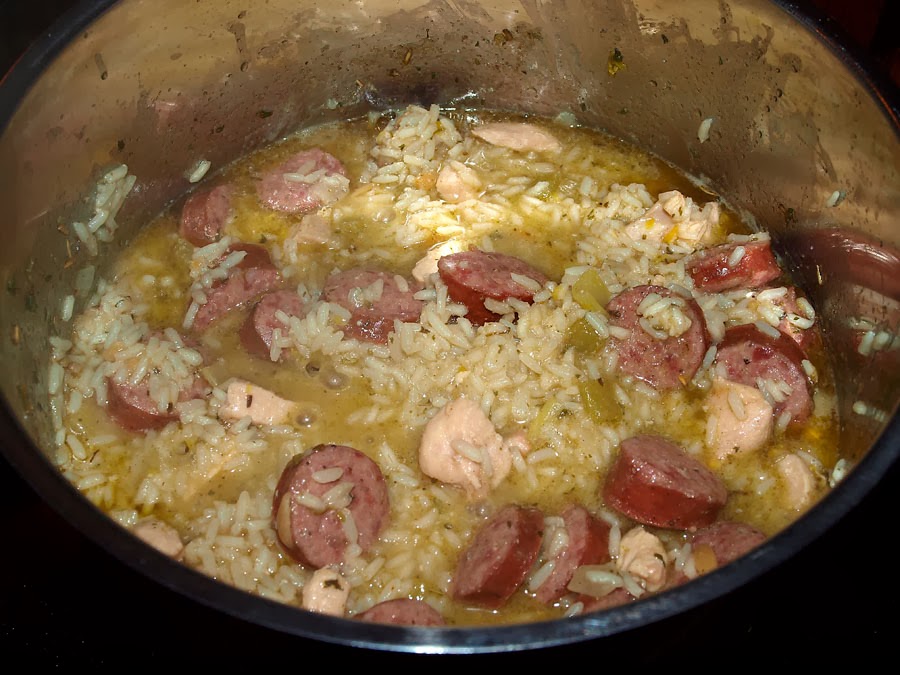 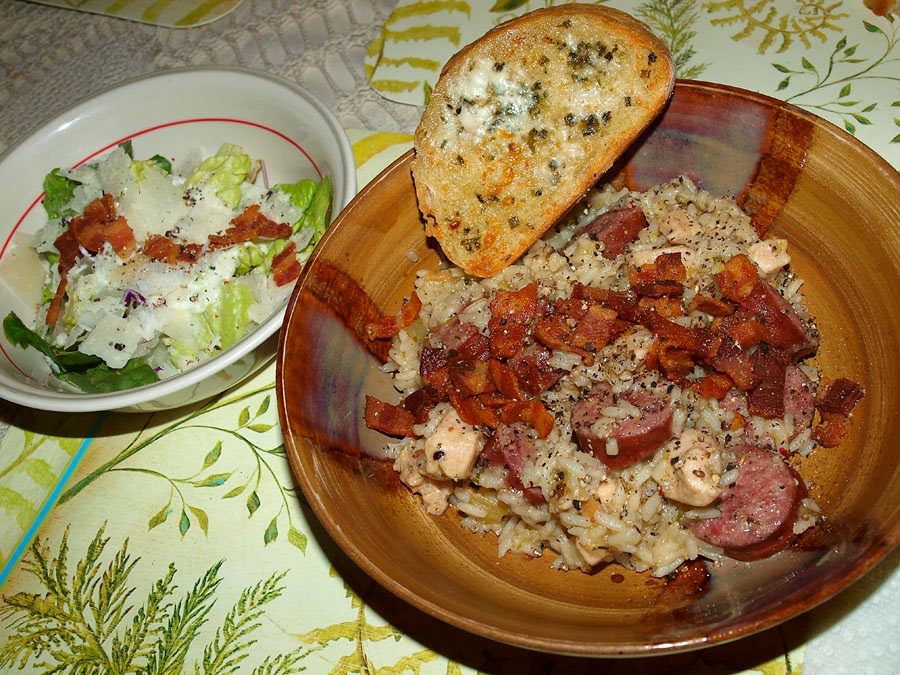