I took advantage of the warm weather today to smoke my ribs and brats for New Year’s kraut. I wanted to get some good smoke on the ribs but wanted to do them fast instead of slow. I was using Cookin Pellets 100% hickory and loaded my Amazin smoke tube with the same. I had just added some salt and pepper to the ribs. I got the tube going and the Traeger at 180 deg. about 200 at grill level. I was getting some good smoke and at one hour they were looking good, rib IT was 122 deg. I eased it up to 250 deg. and another hour they were at 150 deg. IT so pulled them and the brats.

The back ribs were some of the meatiest I have had and looking at the brats I decided they would be our supper! The ribs would be plenty of meat for the kraut. While the meat was cooling I went after some buns and stopped in at Sandmans for beer, a must for cooking! When I walked in the house I could smell the distinct aroma of hickory smoked pork! I had to pull some meat for a sample, a great smoke taste.

I toasted the buns and reheated the brats. I made French fries using my new Lodge basket for the first time in my 9 inch chicken friar; I had oil in it from doing the spring rolls the night before. The basket will work better with the 6 quart Dutch oven since it is deeper. I had to be pretty careful when putting the fries in until it settled down.

The brats were great with my homemade kraut, some of the best brats with more smoke taste than I usually get. I had been using my Amazin tube smoker mainly for ribs and pork butts; I think it will be used for brats now too.

The wife, daughter and I had mustard and kraut on the brats, they had malt vinegar on the fries and I just had salt. I also had some Leiny’s Hoppin Helles! 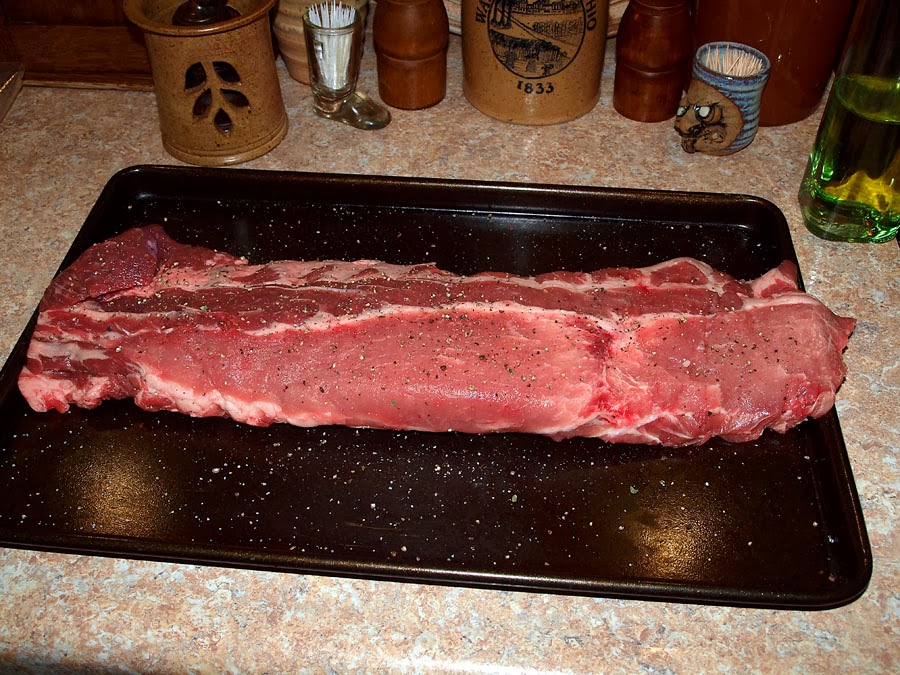 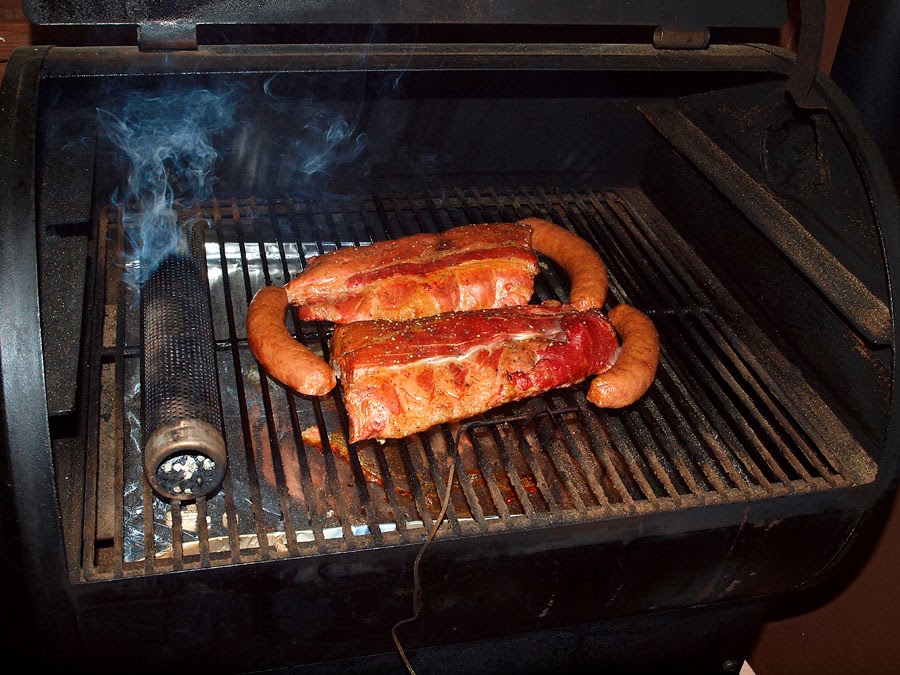 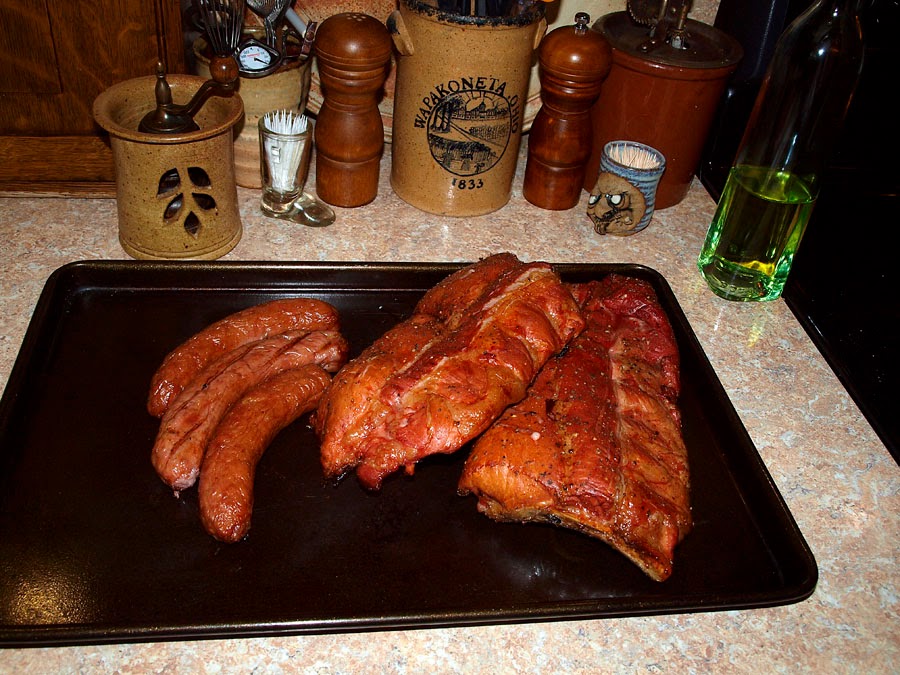 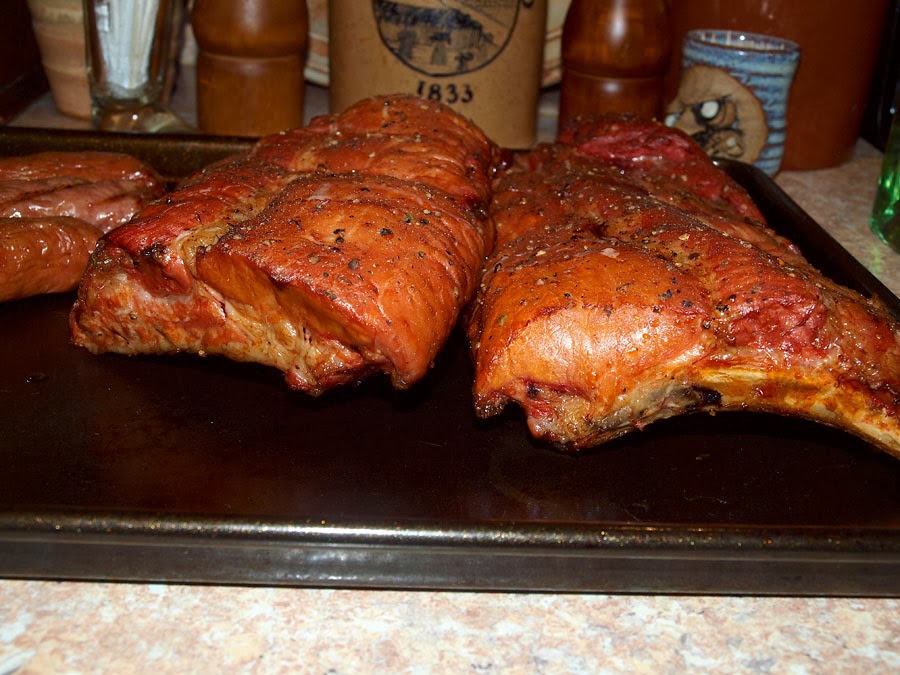 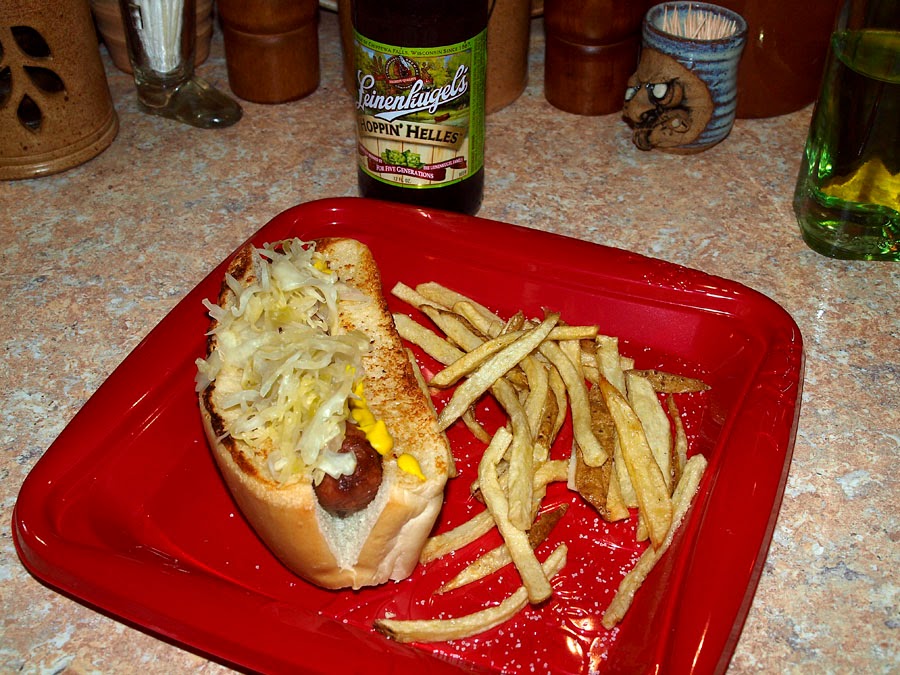