I had mowed grass Monday but mowed today since its more rain for the week end. It was a nice day to be outside. I cooked inside though since I had some jowl bacon I wanted to do in my new DeBuyer skillet for a first cook after seasoning it. It’s a good thing though since a short downpour came in as I was fixing supper.

Our son had started a new job June the first and his wife’s car had a low tire so she took my truck to work. We took her car to the local tire place and they had to put a new tire on. They have a baby sitter 3 days a week for the grandson and we have him the other two days. He had the baby sitter today and when he and his Mom came to pick up the car they decided to stay and eat with us.

I used two skillets for this but can be all done in one. I had wanted to fry the bacon in my new DeBuyer pan and didn’t want to do the whole cook in it. After I got the bacon done I used my Lodge 10 inch skillet. The daughter in law didn’t want any bacon so I left some off of part of it for her. I buttered some crusty bread, added some Penzey’s sandwich sprinkle and toasted it under the broiler.

This was the first time I tried this and everyone loved it. The grandson loves rice dishes. It was good enough I wrote up a recipe for it. Doing this on the stove top makes it a quick and easy meal to make. 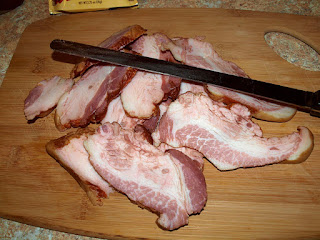 Cooking up the bacon 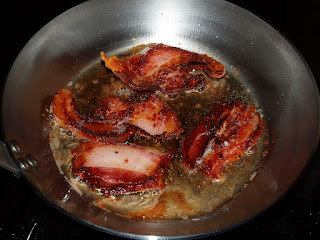 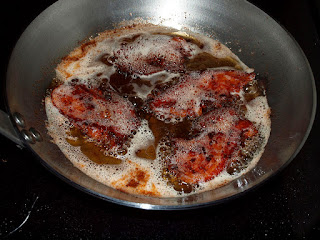 Browning the onions and garlic 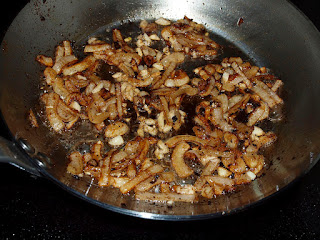 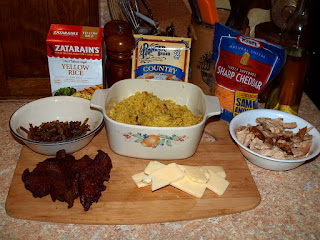 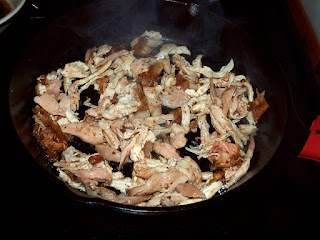 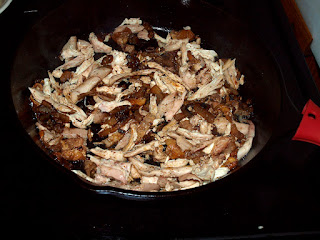 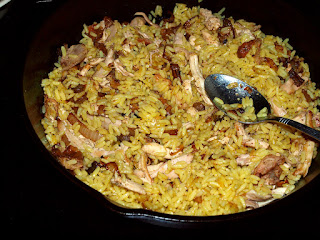 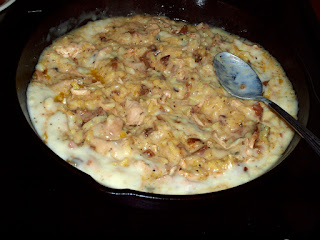 Cheese and bacon added on top 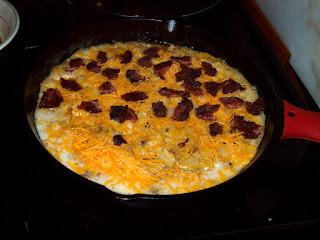 Melted under the broiler 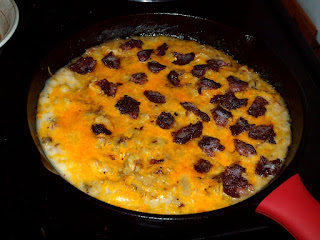 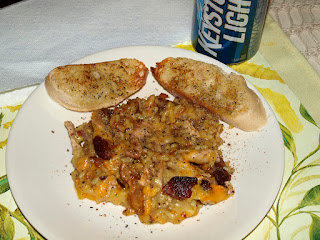