I paired my Traeger and my instant pot to make some shredded beef for Tacos. I had an English cut chuck roast about 2.2 lbs. I trimmed off some fat then seasoned with Mexene chili powder. The Mexene has some cumin in it. I smoked it on the Traeger for 1 hour set at 215 deg., about 240 deg. grill level.

Then I chopped 1 onion in chunks and added them to my instant pot. I cut the beef into 3 pieces then on the onions and added a cup of beer. I set the pot to meat and the time for one hour. When done I released the steam and shredded the beef and removed any fat. It was fall apart tender. I skimmed off some of the fat and added the beef back to the pot. I put the pot on sauté low until all was boiling then set on warm hold while I prepped the rest for the Tacos.

I like soft corn tortillas for Tacos but the grocery only had flour so used them. For toppings I had Tennessee tomatoes, shredded lettuce, sour cream and some shredded Mexican cheese. My wife used salsa instead of the tomatoes. We both ate two of the Tacos and enough beef left for sandwiches tonight.

I know it’s a lot of pics just for Tacos! 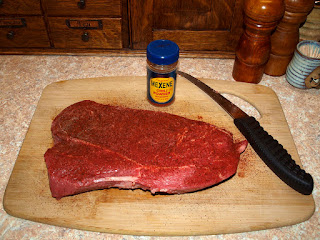 After an hour of smoke 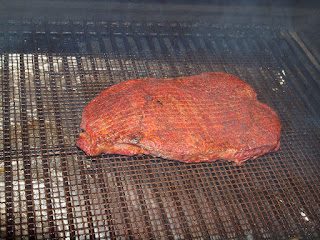 Onions in the pot 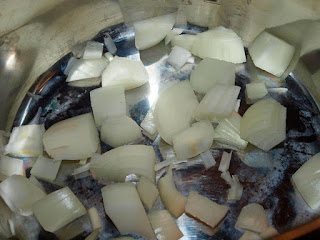 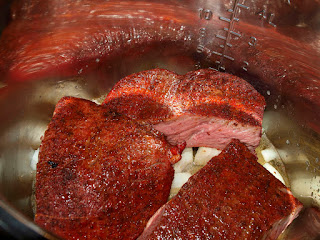 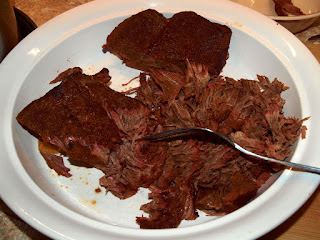 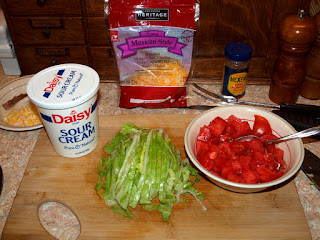 Making up my Taco 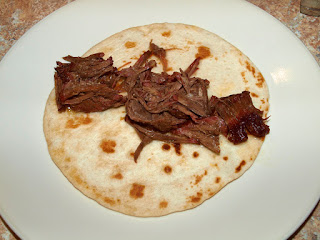 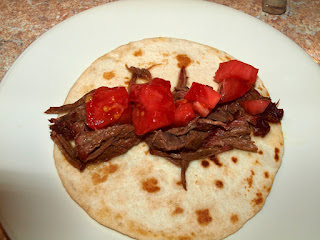 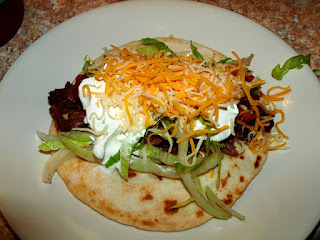 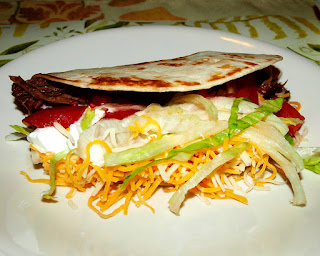