I would porobably passed this over but it was one of Anthony Bourdains favorite foods.
He is one of my cooking heroes. It all sounded good except for the five spice powder
I don't care for it at all.
I got 3 pork boneless center cut pork chops from my butcher and pounded them out to
near a ¼ inch. I mixed up the marinade leaving out the five spice powder. I placed it in
a plastic bag and in the fridge 5 hours. I turned it several times.

When it was time to cook I drained and wiped the cutlets. I dredged in flour, eggs, andPanko bread crumbs.I heated two CS skillets with enough olive oil to cover the bottom on med heat for 5 minutes. I did them for about 5 minutes per side.

They were too large for buns and hehad said to serve on bread. All I had was some cinnamon bread I toasted. Since the 5 spice powder had cinnamon in it I thought it might be good and it was!

We had a mixed Romaine salad with fresh tomatoes and parmesan wafers. The wafers are something new and great in a salad. When my wife took a bite of her sandwich she said wow that's good! It was a good supper and will be fixing them again. 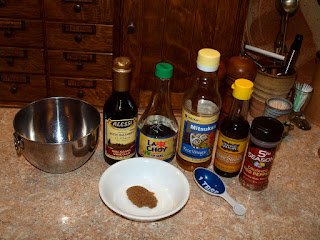 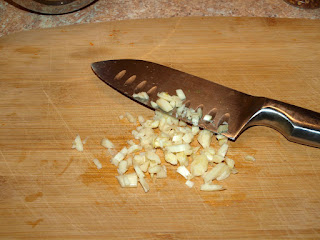 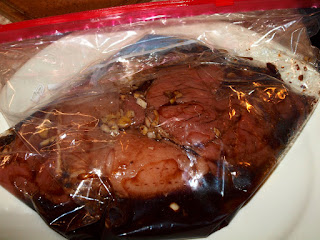 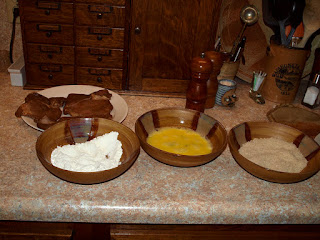 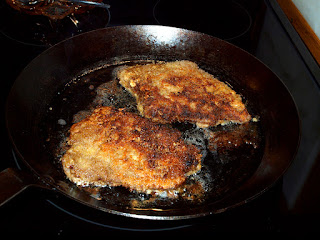 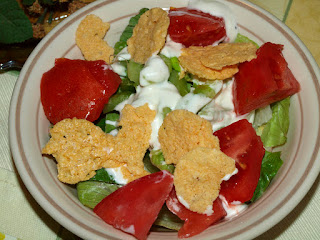 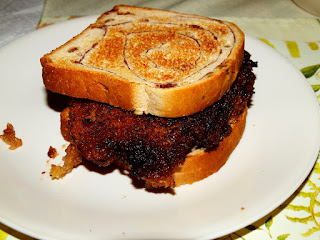