I don’t do pork steaks very often, preferring bone in chops better. Most of the time the steaks are grilled until browned and then braised for up to 3 hours. I read a new method where they were grilled hot and fast. He was using ¾ inch thick steaks, mine were just ½ inch so I reduced the times some.

In the mean time my wife was browning up some Or Ida hash browns and we had applesauce for a side too. Fried potatoes and applesauce are our favorite sides for pork chops.

The pork steaks were nice and brown and had juice on top. I let them rest about 5 minutes before eating. It all tasted great, a good flavor and not too tough, a new way to do pork steaks for me. I did like the Jack Stack’s rub. 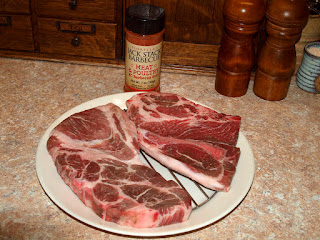 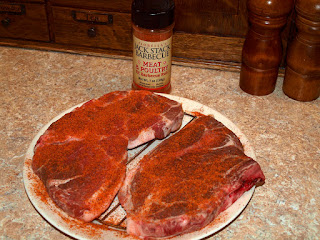 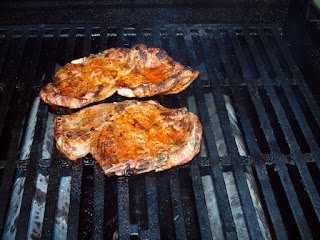 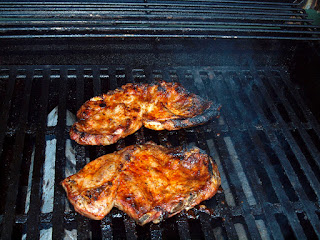 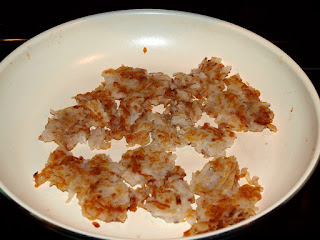 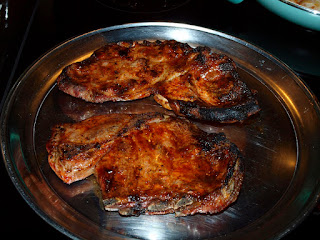 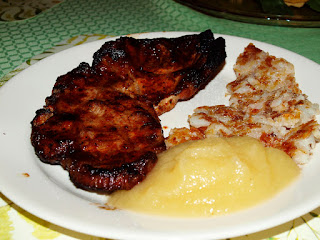