I found a recipe for French Dip sandwiches that sounded good. I liked the dry seasonings and the wet ones sounded like it would make good au jus.

I had a 1.77 pound Angus beef bottom round roast that had good marbling. I seasoned it with the dry ingredients and had some left to add to the broth. I had trimmed most of the fat off, wrapped it in plastic wrap and in the fridge for 4 hours and it sat out an hour before going on the smoker. I smoked it in my Traeger at 200 deg. for 1 ½ hours then it went into my Instant pot on some sliced onions. I added the broth mix and sat on Meat normal for 50 minutes.

When the meat was done I took it out and shredded it, shredded easy. I took out some of the broth for dipping and the meat went back in the pot on warm hold.

I did about 3 handfuls of Ore Ida fast food fries in my Power Air Fryer I had sprayed with some olive oil and did for 9 minutes stirring twice. They were just right. I coated the buns with some garlic butter, added two slices of provolone cheese to one half and toasted under the broiler then added plenty of beef to the other half. The wife and I both had a small salad too.

They tasted good; the wife really liked the Au Jus but to me was a little too sweet and the balsamic vinegar came through too heavy. Next time I believe I would omit the vinegar and cut the brown sugar in the dry rub to one tablespoon. 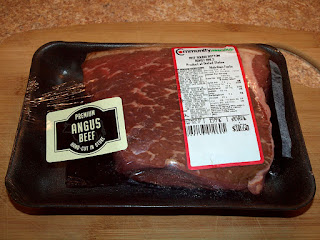 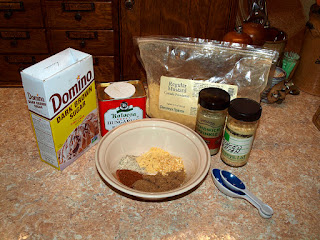 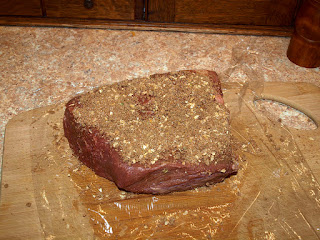 4 hours in the fridge 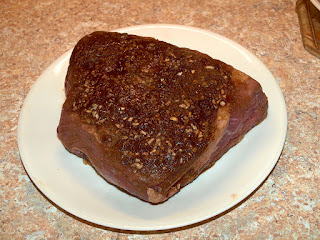 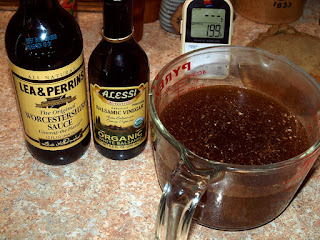 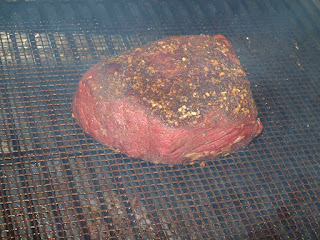 All in the Instant Pot 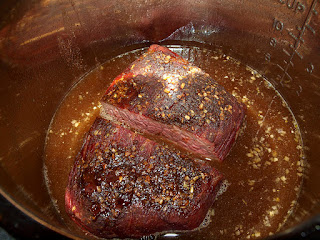 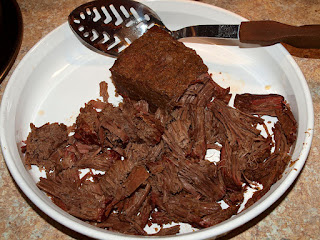 Fries from the Power Air Fryer 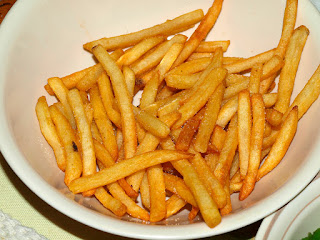 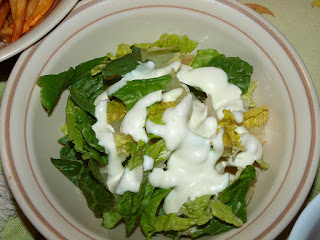 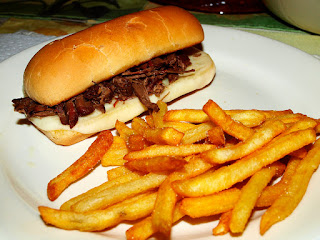 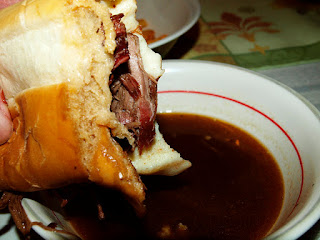