Last night’s supper was easy and tasted good. It doesn’t get much better than a good beef roast and gravy over noodles, mashed potatoes or both. I am finding the Instant Pot is the best for doing chuck or arm roasts. For me they come out more tender and flavorful than using a Crockpot.

For last night I had a 2 lb. chuck roast from my butcher. I browned it in a skillet seasoned with salt and pepper about 5 minutes per side. I cut up a med. sweet onion in large dice and placed in the pot, I had sprayed with some olive oil. The onions act like a trivet and keep the roast off the bottom, besides adding good flavor.

I placed the roast on top of the onions, added a packet of Pioneer Brown Gravy mix. I deglazed my skillet with a little beer and poured over the roast. I added a little more beer and beef stock to come up half way on the roast. I set the IP on “Meat normal” and cooked it for one hour.  After an hour I released the steam; removed the meat and shredded it removing any fat. It went back in the IP and set on “slow cook low”. I had plenty of time to cook my noodles and green beans.

The noodles are from a bakery in Van Wert Ohio and I have been using them for years; just like old fashioned homemade noodles. They are a lot better than I can make myself. I had just enough green beans left for our side. I browned a slice of bacon and then added the beans and some chicken broth and cooked about 15 minutes..

I served the beef and gravy over noodles and green beans on the side. We had buttered English muffins with it and thought all tasted great! 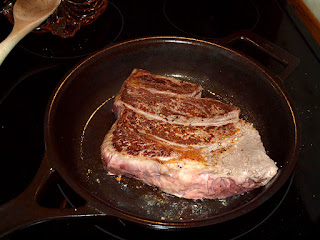 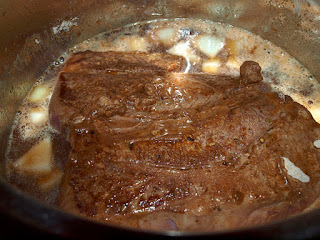 Beef shredded and back in the pot 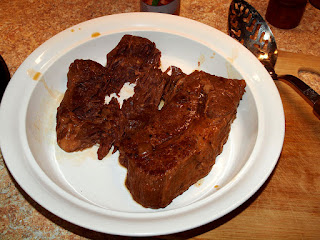 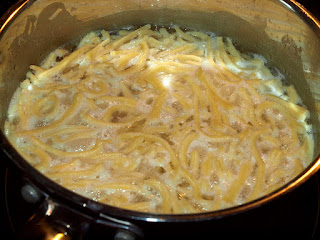 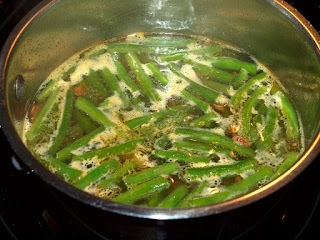 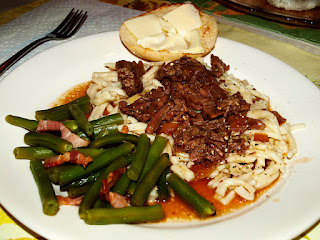