Sunday’s supper was for me and the wife ate other leftovers. I had some crowders; a member of the field pea family along with lady creams and black eyed pes. They are not really peas but beans that were brought here from Africa. They grow well in the southern climate. The crowders were named because of the closeness, now crowded they were in the pods.

I used a recipe from Mary of Deep South Dish; Crowders and Snaps, green beans. I soaked the peas overnight. I followed her recipe and for seasoning I used salt, pepper, a teaspoon of Cholula hot sauce.
I browned up 5 thick slices of bacon to use. I cooked the beans with water for the first hour and added half the bacon. After an hour I added the rest of the bacon, sautéed onions, seasoning and green beans for another 30 minutes or more.

I had smoked some Cajun brats in my Traeger for 1 ½ hours and heated up to have with my beans. I used a slotted spoon to just get the beans and had a biscuit and some Maille mustard for my brat. Tasted great; tonight I will eat some with the broth like soup.

Note: the crowders really swell up and I have enough beans to feed a small army! 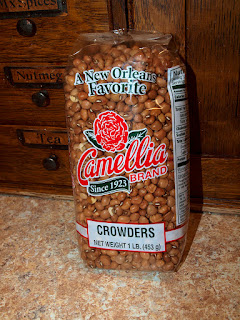 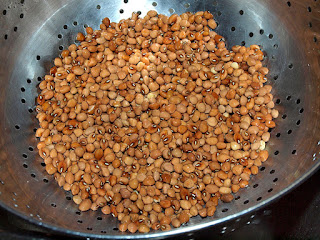 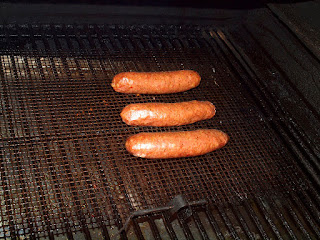 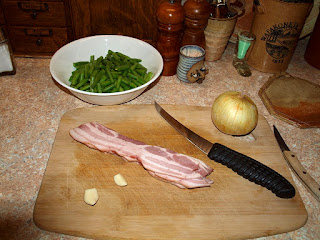 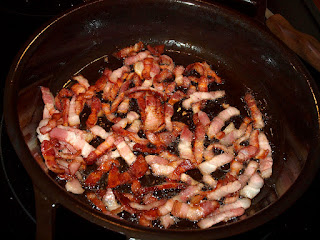 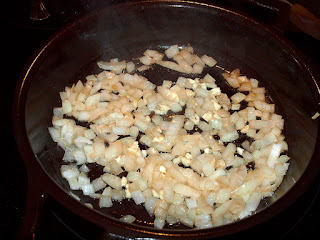 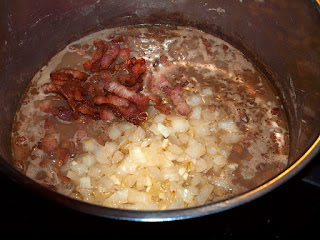 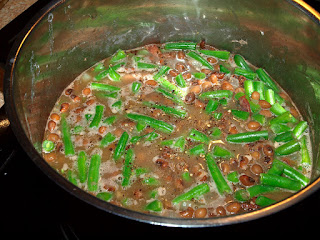 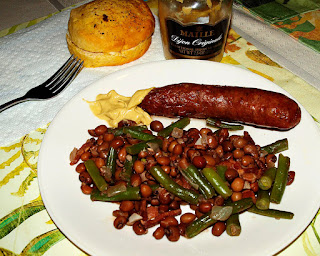