You can use chicken that was cooked any way; just shred it from the bones. All you need to go with it is tortillas, peppers and onions. Shredded cheese and sour cream are good toppings.

I cut up the red pepper and a half onion and got them sautéing in a little olive oil. When they started to soften I added in the shredded chicken and cooked 5 to 10 minutes. I stirred in about 3 tablespoons of catsup. While that was cooking I toasted the flour tortillas in a hot skillet.

The wife and I both had the shredded cheese and sour cream over the chicken mix. The fajitas were pretty good. I used to add some green peppers too but just using the red makes them sweeter. 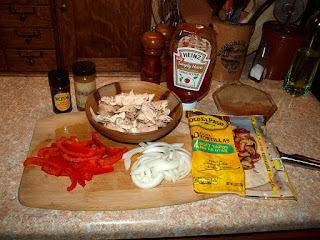 Peppers, onions and chicken in 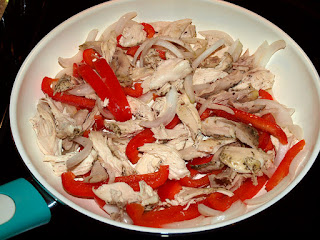 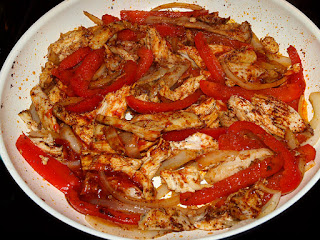 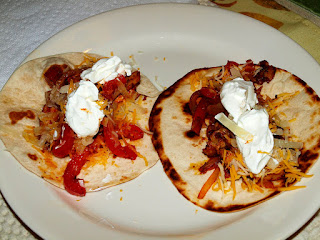