This recipe I found at Louisiana Cooking blog. I have made oyster soup some but good oysters are hard to come by here in Ohio. It was one thing I was surprised my wife likes. If I lived on the East Coast I would have it more often.

When I saw the recipe I knew I had to try it. I had to go to 3 groceries before I found some oysters. I got two half pints; I just wanted a pint since I would cut the recipe in half for the wife and me.  I also used Grands southern style biscuits instead of making ones per the recipe.

I fried up the bacon and then added the veggies and made my roux using Wondra flour. I never did get to the light brown stage since it kept drying up as I added the cream and oyster liquid. For the oyster liquid I added chicken broth to it to make a cup.

I did the half recipe using my Stargazer 10 inch cast iron skillet and it was just right. After getting it all cooked and oysters, bacon and seasoning added I baked at 400 deg. for 20 minutes. When I added the Grands biscuits I noted their directions were to bake at 350 deg. so I lowered my oven to 375 deg. and it was done in 15 minutes. I only put 3 biscuits on the oysters and baked two separate for my supper tonight.

That sure tasted good! The wife even had seconds. 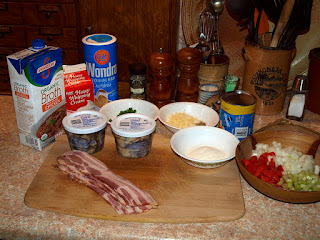 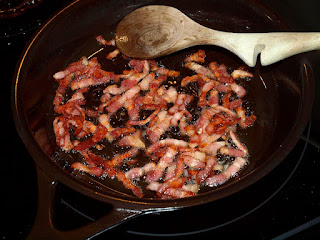 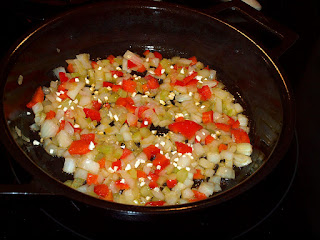 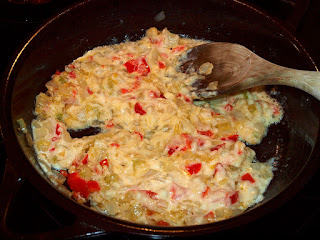 Oysters, bacon and seasonings added in 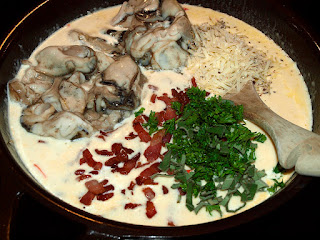 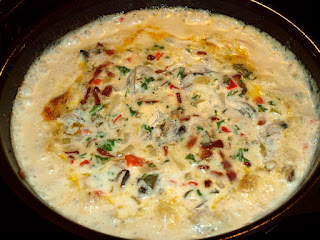 Biscuits added and ready to serve 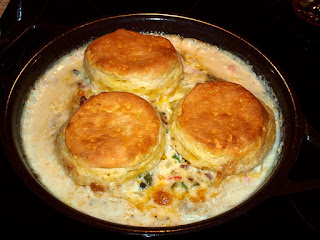 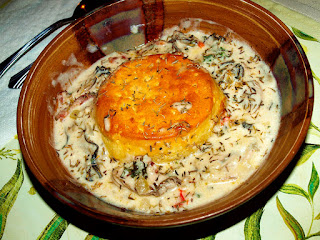