Yesterday I had hoped to do smash burgers on my gas grill but then the rain came so had to do them inside. I had a pound chub of ground round I forgot to put in the freezer so had to use it.

My sides would be some small dill pickles stuffed with cheese and wrapped in bacon. I got the idea from LTBBQ member Old Dave. I had some Claussen mini dill pickles, I cut the top off, scooped out the seeds and filled 2 with cream cheese and 2 with some beer cheddar spread, sprinkled some Penzey’s sandwich sprinkle over, wrapped in center cut bacon. I secured them with toothpicks and some more seasoning on top.

I had some baby bella mushrooms and removed the stems from 4, added some seasoned stuffing mix and wrapped in bacon. The bacon would provide moisture for the stuffing mix.

I preheated my convection oven to 400 deg. and added the pickles and mushrooms. I heated up a skillet with a little olive oil spray and did 4 smash burgers using about .2 pound for each seasoned with Weber’s gourmet burger seasoning. After about 4 minutes I flipped the burgers and added some provolone cheese after 3 minutes.

That was a good supper; I was hungry for a good burger. The wife and I both loved the pickles, both cheeses were good but we both thought the cream cheese was a little better. Thanks for the pickle idea Dave, delicious and will be making them again!

Pickles & mushrooms ready for the oven 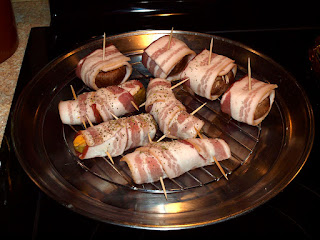 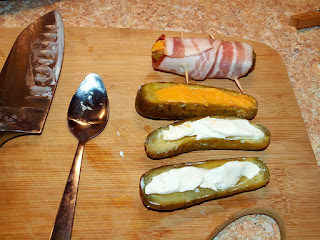 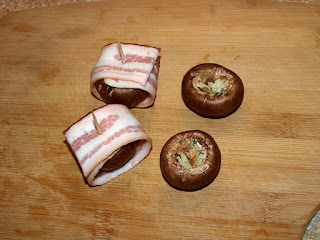 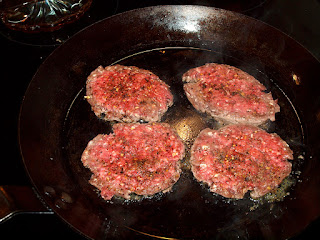 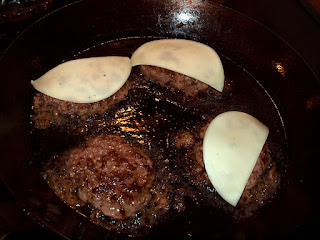 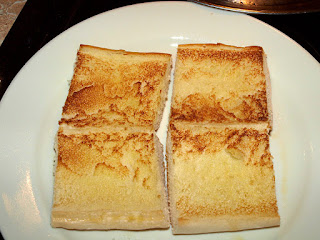 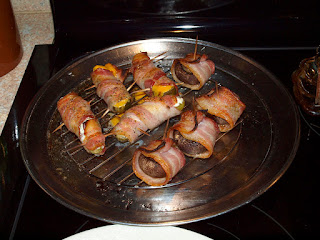 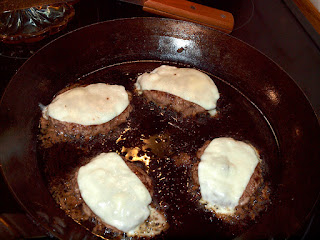 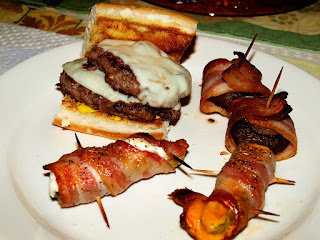