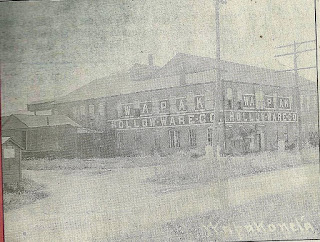 Photo thanks to Linda Knerr


I have lived in Wapakoneta over 44 years now and only thought one cast iron skillet was produced here, made by the Wapak Holloware Co.

The Wapak Hallow Ware made cast iron skillets from 1903 to 1926. There is very little history to be found about the company. Their skillets with an Indian Head logo are prized by collectors. I always wanted one but they seemed to go for more than I was willing to pay. You can find a few now that go for less money than back in the 80’s.

A few years ago I bought one with the Wapak Z logo. I cleaned and re-seasoned it and use it to bake cornbread. For Christmas this year my wife surprised me with a #3 Wapak skillet. It is marked different than I have seen before. The bottom has “Cast Iron Skillet” and #3 around the top. A logo in the center that looks like 2 A’s crossed by an Indian arrow. Around the bottom is “Wapakoneta Ohio” I was wondering if anyone else has seen one marked this way.

I posted photos on Facebook If you grew up in Wapak and got some good info on it. One source said when Holloware closed Holloware employees Ahrens and Arnold, who he thought were brothers started making their own skillets. He said they only made #2, 3, 4, 5, & 6’s but I saw on the internet an 8 and a 9 so they did make other sizes.

I was told to contact Arnold Cecil here in town that was an avid collector. He said yes they took over after Holloware closed but didn’t know if they were brothers or not. He said they made mainly the #2 thru #6 and the #4 is rarest. He said they only made them a few years and didn’t make that many. He said they used Griswold skillets to make the molds. He said 9 out of 10 you can see the Griswold ghost mark and I can see it on the one I have. Arnold was large collector, he said in 2001 ne sold over 500 pieces.

If you are a collector one of the Ahrens and Arnold skillets would be one to have since it is pretty rare.

Here is a site with a lot of info on all the cast iron companies that made cook ware. If you have a vintage skillet you can see about what years it was produced and a photo of the logo. 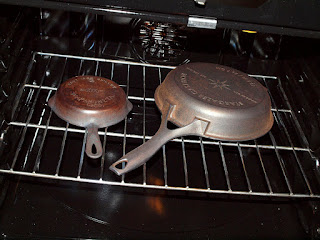 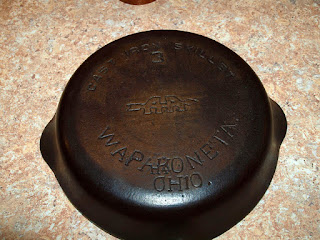 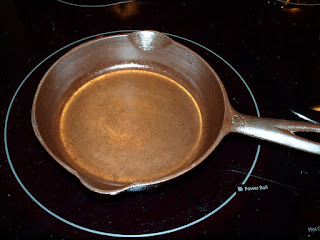 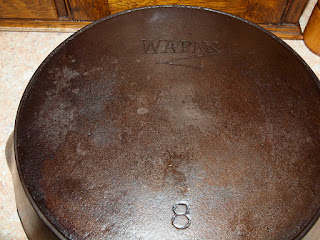