After lunch I baked a buttermilk pie using a recipe from my sister. I used a Pillsbury Pet-Ritz crust and for the sugar I tried a ½ cup brown sugar and 1 cup white sugar. It came out great.

Baked steak has been a favorite for a long time. My Mother used to make it with round or sirloin steak. She cut it in serving size pieces, tenderized some with a mallet. Dredged in flour and browned in a skillet. Then she placed the meat in a casserole dish and poured mushroom soup over and baked at 350 deg. for an hour.

Some may call this Swiss steak and you can also use a tomato gravy or sauce to do it. Lately I have liked using Pioneer brand country gravy mix. When doing in the oven I usually used sirloin so I was pretty sure of tender beef. Now with my Instant Pot I can use the cheaper round steak.

I had a 2 pound slice of round steak from my butcher to use. I Jicarded it and then I trimmed the fat and cut into serving size pieces. I browned them with a little olive oil in my Stargazer cast iron skillet. I could have browned them in the Instant Pot but I had two batches and I could control more how much grease went in the pot. While I was browning them I made my gravy and all went into the instant pot along with the deglazed goodies from the skillet.

I set the Instant Pot on meat normal for 25 minutes. I had some Baby Dutch potatoes and carrots in my rice cooker to steam for 15 minutes. When they were done I added butter and fresh parsley. I love those little potatoes!

I made a steak sandwich from my beef and had a side of some sliced tomatoes with blue cheese dressing. My wife had English muffins with hers. It was delicious and the beef was fall apart tender. 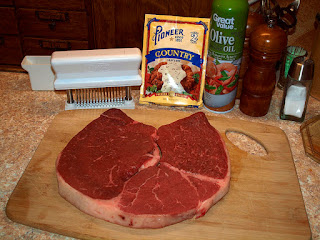 Browning in my skillet 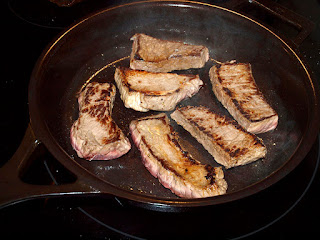 Meat and gravy in the pot 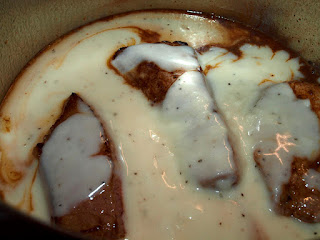 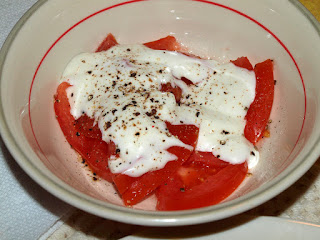 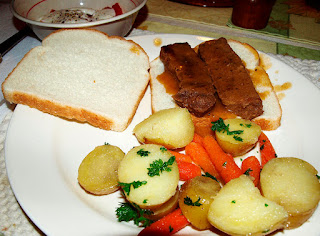 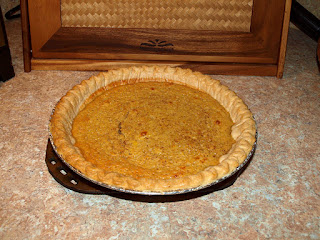