We had a great day yesterday to cook out, 48 deg. and sunny. I was glad since I was getting hungry for some pork ribs. It was the first I had use the smoker since before Thanksgiving.

My sides would be a baked potato stuck with a potato rod and baked for 1 ½ hours at 260 deg. You get some nice potato to eat and then a crispy potato skin to eat. It was large enough to split in half and share with the wife. I also had some cauliflower I nuked with some butter and then in my Air Fryer; it was done in 5 minutes.

I would not have had to up the temp. on the ribs the last hour they were fall apart tender. Leaving the membrane on made them hard to slice without pulling the meat off. They were sure tasty though; Brads seasoning was good but I like my Galena St. rub better. The potato was good as usual. The cauliflower got a nice brown in the Air fryer but I was not that impressed. For all the butter I had on them you could hardly tell it. 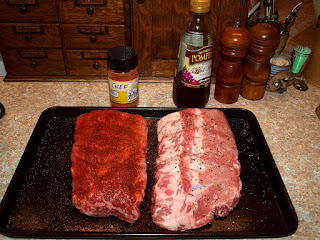 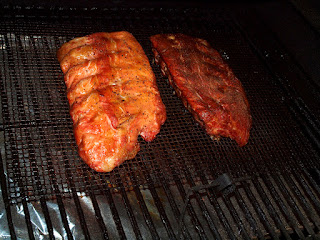 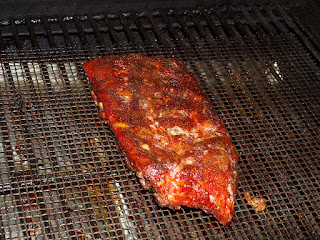 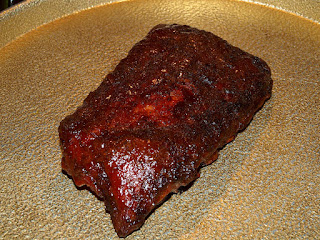 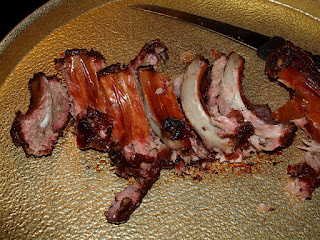 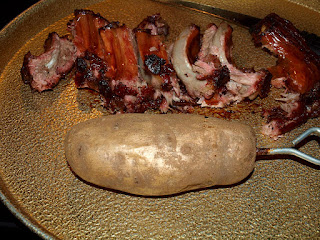 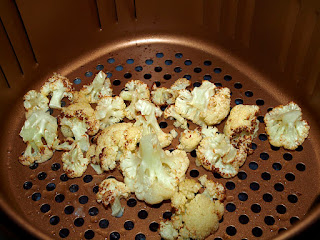 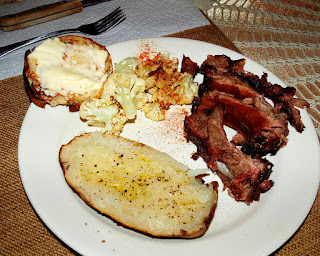