This has been the wife and I’s favorites over the years; pork chops fried potatoes and applesauce. I used to let her fry the potatoes because it’s one thing she can cook better than me. She always got a nice crisp to most of them.

This was my second cook in my new Stargazer CI skillet. I browned two pork chops in a little lard. They went into a casserole dish. I deglazed the skillet with a little beer and poured over the chops, covered and in a 350 deg. oven while I fried the potatoes.

We had some bread and butter with the meal and enjoyed it. It had been a while since we had it.

I am loving my skillet, no sticking at all tonight and cleaned up easy. 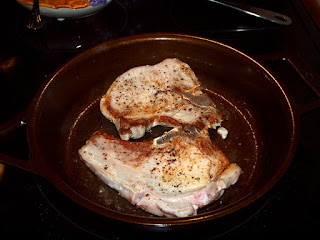 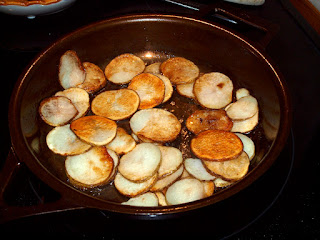 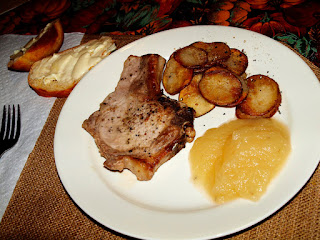