I am a happy 74 yr. old kid today; I got my new Stargazer 10.5 Cast Iron Skillet in the mail. It is a beauty!
Peter Huntley and two friends started the company in 2015. Their goal was to make a quality cast iron skillet 100% made in the USA. I ordered mine back in June or July and was supposed to be shipped in August. My skillet would be from a second run.

They ran into problems with the foundry supplying the raw castings on time so had delays in shipping. I was glad to finally get mine and looks like it will be worth the wait. They since have went with a different foundry and should be getting caught up with the orders.

You can get the skillet bare or seasoned and I got a bare one wanting to season it myself. It came lightly coated with their seasoning oil for protection. It also included a Crisbee seasoning puck; I had already bought some Crisbee sticks and planned to use it. The inside was perfectly polished to a smooth finish and the back side was a pretty smooth surface with nice detailed writing and their logo.

I didn’t waste any time getting the first seasoning done. I first washed it in hot soapy water and rinsed well to get rid of the oil on it. Don’t grimace about me using soap; if you have a Lodge the last step they do before seasoning theirs is a soapy water bath and then a rinse. I heated my oven to 400 deg. with the skillet in it. When it got to 200 deg. I took it out and applied the Crisbee; I wiped it all off with Scotts blue towels; which are highly absorbent.  I left it in for an hour then shut the oven off. I let it set a half hour before opening the oven to cool down.

The Crisbee seasoning contains beeswax and oils that they claim will help keep CI from rusting when stored along with a good nonstick surface.

I just got it out and it took on a step of darkening. I plan to do three more seasonings the same way before I use it. Mt first cook with it will be a batch of bacon and some eggs. I will update this post through my first cook. 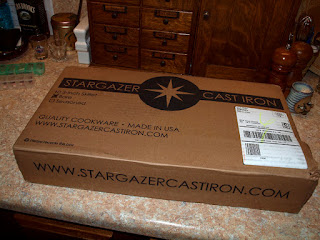 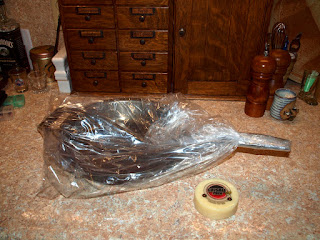 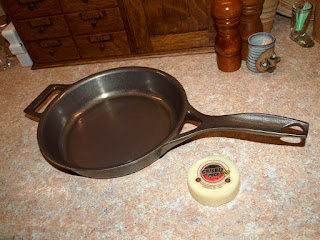 Smooth on the back too 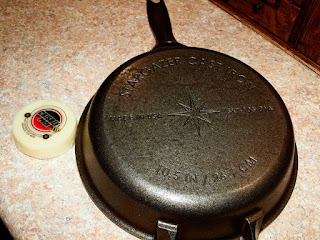 Cleaned and ready to season 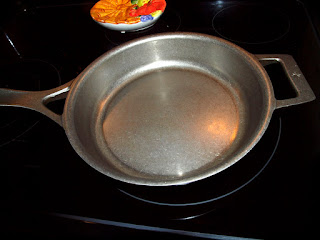 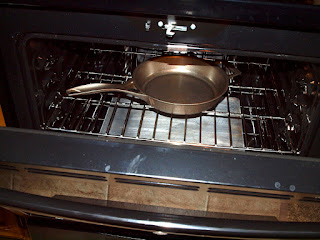 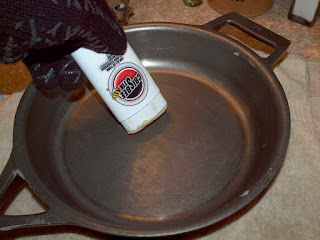 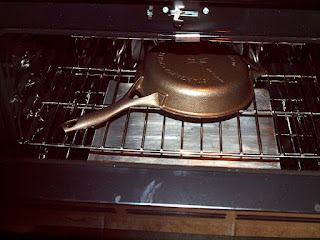 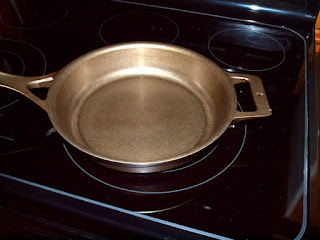 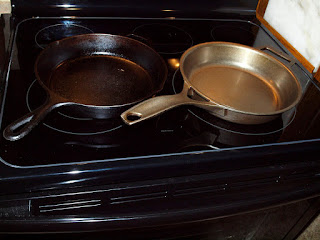 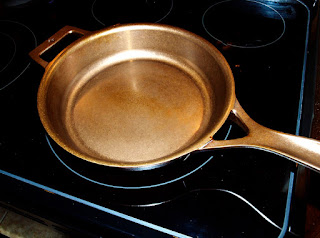 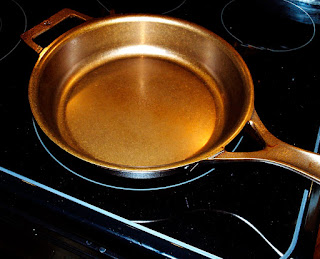 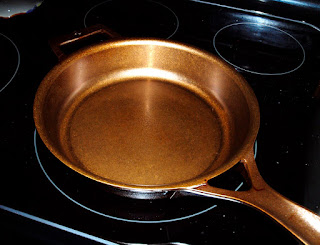 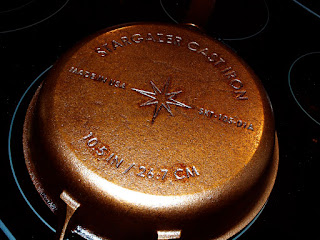 I did a fifth seasoning of the inside 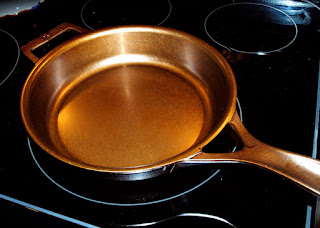 I did the first cook on my Stargazer skillet tonight. I am more than pleased with it! Our daughter was here and we had breakfast for supper. I had to get some bacon in the skillet first! I did bacon, cornmeal mush and eggs. I fried some breakfast links for the daughter; I did them in my Lodge CS skillet so it all was done timely.

I fried up two skillets of bacon, about a half pound with some olive oil spray in the skillet. I left the grease in to fry the mush; I had dipped the mush in flour, it keeps it from popping so much. When I put the mush on I started the sausage links. I did the mush about 8 minutes per side on medium heat. When both were done they went into a 200 deg. oven to keep warm with the bacon. The bacon never stuck at all; even my old cast iron it will stick some.

I poured off all the grease but about a tablespoon and fried two eggs for the wife and daughter and served them. I then did two eggs for myself, the cook got two! I covered the skillet with a glass lid that fit to self-baste. None of the eggs stuck at all, came out easy. We had some English muffins with all.

It all tasted great and I was very happy with my skillet! After supper I cleaned it as usual with hot water and a blue Scotch pad. After I dried it I noted some light spots and rubbed it some more, I thought some of the egg whites had stuck. I had some 0000 steel wool and rubbed a couple of the spots. They didn’t come off but neither did any of the brown around them. I placed it on a hot burner and rubbed with some grape seed oil and heated until it smoked and wiped well.

The light spots are still there but I will continue to use it and if it cooks as well as did tonight I won’t worry about it. Maybe the spots are just part of the seasoning process and either from the egg whites or the flour I had on the mush.

I would sure recommend this skillet. You will not find one of better quality at this price. 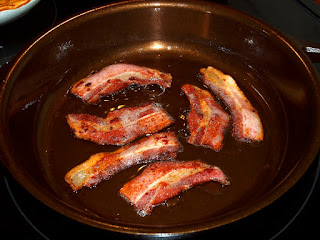 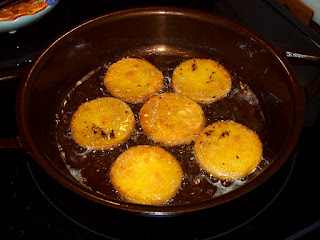 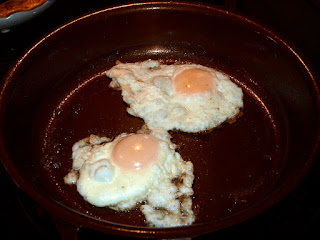 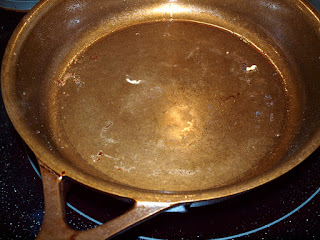 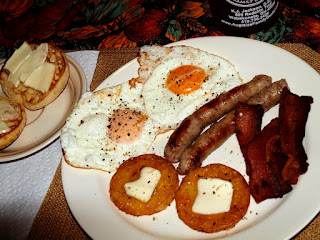 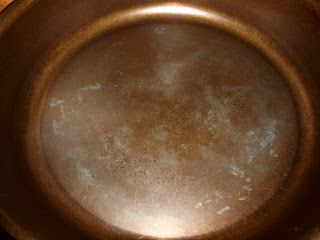 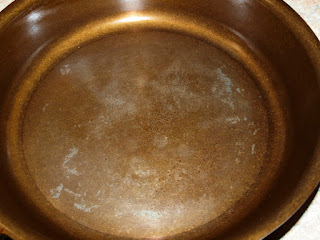