I let my wife fry the potatoes, she fries thin sliced potatoes a lot better than I can and gets them nice and crispy! I peeled and sliced the potatoes thin on my mandolin, added them to a pan with a bottle of lager beer I had stirred in a tablespoon of kosher salt. They went in the fridge an hour then drained well before frying. I let them set in the collander and then use some paper towels to dry them more right in the collander.

Our grandparents grew up using lard, rendered pork fat, to cook with. I grew up with foods fried in crisco in the 50's. I don't know why they switched to crisco instead of lard. It was either cheaper or the government said it was better for you; then they changed their mind and said crisco was bad for you. Well I am 74 now and my Mom who used crisco is 94 now!

I remember quite a few years ago I bought a pound of lard from the grocery; I don't remember what I used it to cook but I didn't think it was very good. I just bought a 2 pound tub of lard from my butcher and used it for tonights cooking; it is just pure lard. I imagine what you get in the grocery has some peservatives in it.

I had three nice center cut porkchops from my butcher. I sprinkled them on both sides with some kosher satlt; then on a rack in the fridge for an hour before frying. I wiped them off and then seared in a medium hot skillet with a tablespoon of lard for 3 minutes per side; I added  alittle cracked pepper. They went into a pyrex casserole dish, a splash of Worcestershire sauce and about a half cup of water. I covered and in a 350 deg. oven. They were in fo a half hour.

I then turned my kitchen over to the wife and said fry the potatoes! She used the lard and made some great crispy fried potatoes! The daughter, wife and I all loved this meal. Nothing tasted too greasy or fatty; I think I will be using lard more often! 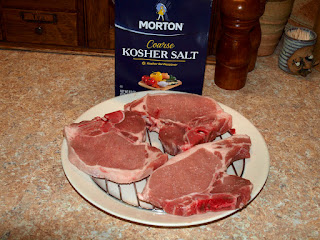 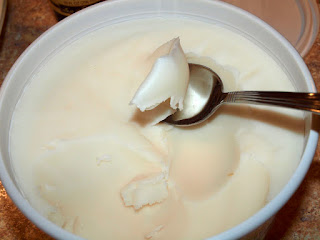 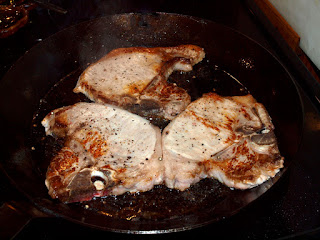 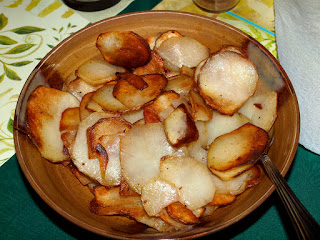 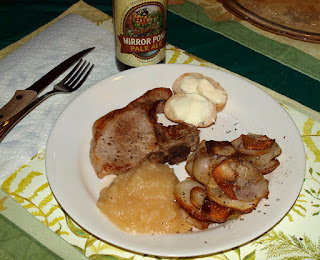