For last night’s supper we had chicken fajitas, some lime corn and avocado. For my chicken I spatchcocked and brined overnight. My brine is half gallon of water and ¼ cup kosher salt. I usually always brine chicken; it insures a moist meat. I did it on my Traeger, a half hour on smoke 200 deg. Then went to 280-290 deg. grill level. It took a total of 2 hours and 15 minutes to get to 170 deg. IT. The last 20 minutes I did go to 320 deg. grill level. After cooling I pulled all the meat for the fajitas and saved the skin for a cooks treat.

For the fajitas I used McCormick’s fajita sauce; it’s all natural no preservatives and no MSG. It is fairly new and it’s along with their dry packets. I have also used the sloppy joe sauce. It is about as good as I can make quick and easy. For another time saver I used some Birds Eye sliced peppers and onions. The only disadvantage to using frozen ones is they give off a lot of water so I sauté them until most all the water is gone before adding the chicken and sauce.

I had two avocados; just chopped with some lime juice. My other side was Birds Eye lime corn cooked in the microwave. They also have some BBQ corn, both of these would go with any Tex-Mex or BBQ.

Our son was away on business so the daughter in law and grandson came for supper. As soon as our daughter got home from work after 6:00 I started supper. I had everything ready so didn’t take long. I had to heat up some of the plain chicken for the grandson and I heated a can of baby corn for him too; he loves it.

Everyone thought the fajitas were good and all loved the lime corn. I had shredded cheese, sour cream and some lime wedges for the fajitas. I browned the tortillas on a Lodge round griddle. I had wanted a nice shot of the stove with the last tortilla on the griddle but got caught up and most had made their fajita before I thought of it. The close up of the chicken was to show how moist it was.

Chicken after brine and air dry 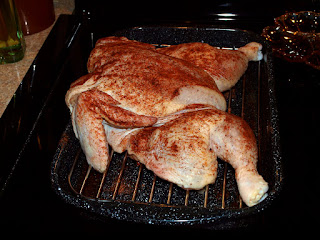 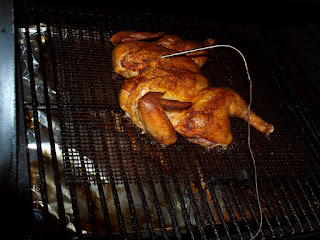 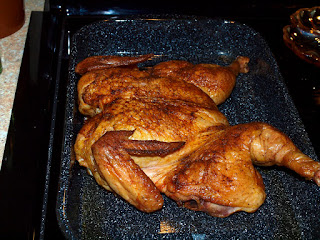 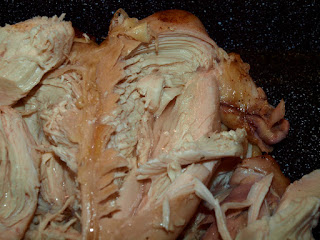 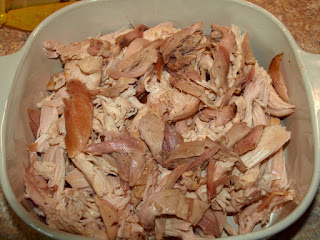 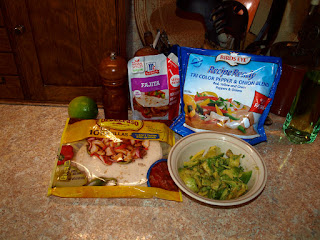 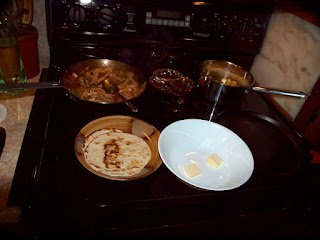 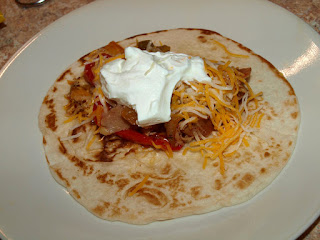 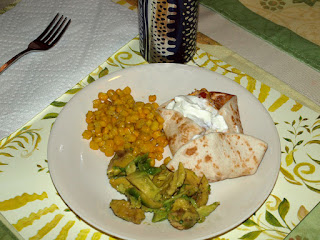