I had plenty of potatoes on hand and was hungry for cabbage. I thought about fried but we have had some fried meals lately. I thought I would get some brats from my butcher and just make some Brats, cabbage and potato soup; that would taste good and be better for us.

After lunch I smoked 4 brats on my Traeger a half hour at 200 deg, and then went to 300 deg. grill level and they were done in another 45 minutes. I let them cool some then in the fridge. While they were cooking I baked a take home and bake baguette to have with the soup.

I sliced up the brats about ½ injch, chopped a med. onion, peeled and dice 5 small yellow potatoes, and chopped a little over half med. head of cabbage. I sauted the onions in some brown butter just until starting to brown, then added the brats and cooked a while. I added in the cabbage, stirred well and cooked a while adding some salt and fresh ground pepper. I added the potatoes and  poured in a quart of Swanson's chicken stock and stirred to get the goodies from the bottom of the pan. I added about a teaspoon of garlic flakes and brought it to a good boil then down to low to cook about 40 minutes I added in about a tablespoon of dried parsley flakes near the end.

I filled bowls for us, topped with a slice of Swiss cheese and under the broiler to melt. I think cheddar would have been better but I had Swiss that needed used! We all liked it, some tasty soup, quick and    easy. If you used smoked sausage or pre-cooked brats you could throw this together in a little over an hour.

Brats on my Traeger 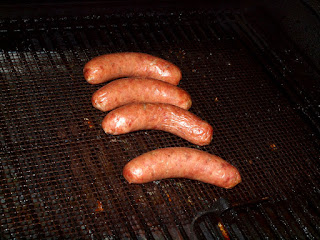 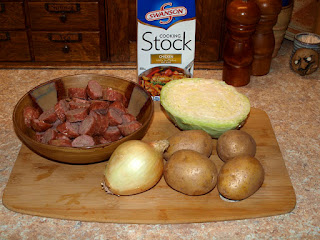 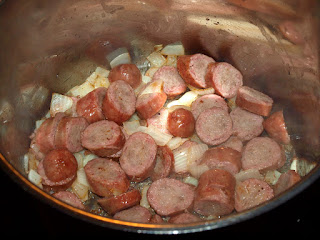 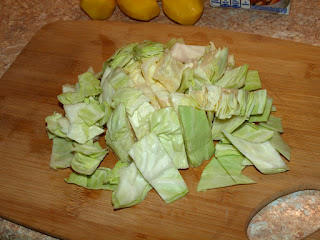 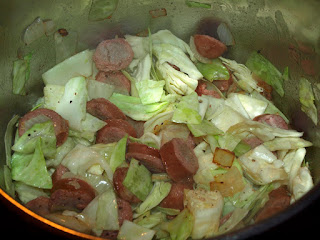 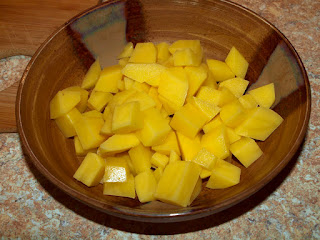 Potatoes and stock added in 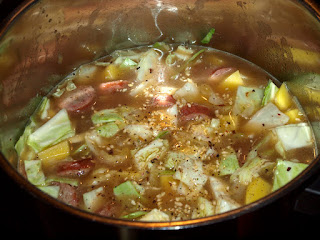 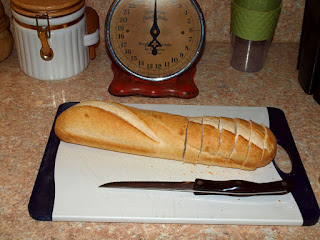 Soups on ready to serve 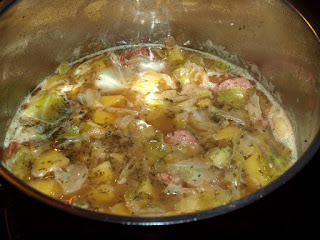 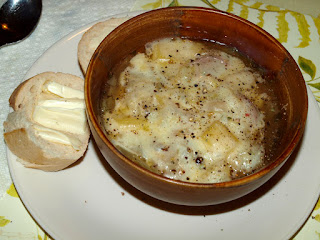