It was a nice sunny day getting up to 63 deg. With the blustery winds it didn't seem quite that warm. Even though; it was a great day to be out and cooking supper on my smoker.

I had a smoked meatloaf, yellow mashed potatoes, and corn pudding. The meatloaf I just made up the recipe.

I made up the meatloaf early and in the fridge until 5:00 PM. The bacon was some I had left and was thick so I knew it would not be eaten but helped keep the meatloaf moist and gave some flavor. For my pellet smoker my meatloaves are on the wet side so they stay nice and moist.

After I got the meatloaf all mixed up I pealed and cut up the potatoes. I boiled them about 20 minutes in salted water then drained in a collander. I set the collander back on the cooking pan and covered with a towel to let the potatoes steam and drain. I returned them to the pan with 6 pats of butter, ½ stick and mashed them by hand then added 2 tablespoons of sour cream and mashed it in. I use the potato masher to whip the potatoes some. I like my mashed potatoes nice and thick; not light and fluffy! After they cooled some they went in the fridge; I heated up individual servings at supper time in the micro wave.

I got the meatloaf on my Traeger at 200 deg. for a half hour then eased it up to 300-310 deg. grill level for and hour. After I got the meatloaf on I made up the corn pudding and in the oven at 350 deg. for 45 minutes. I made some Pioneer Country Gravy just when the meatloaf was done at 162 deg. IT. It sat and rested a while while I nuked the mashed potatoes and served the daughter and wife.

We all thought it was a good supper, I got a little too much onion in the meatloaf for the wife but I liked it that way. I had bread leftover from monday for some bread and butter. Another addition that would be good in the meatloaf would be some chopped green chilies. 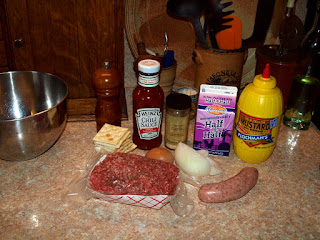 Making up the meatloaf 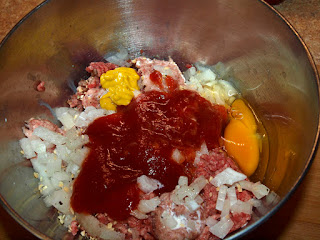 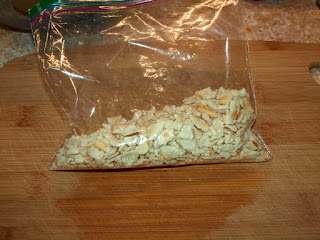 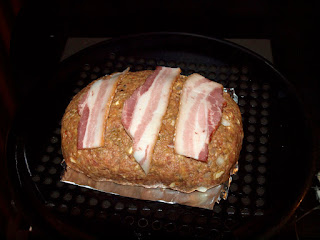 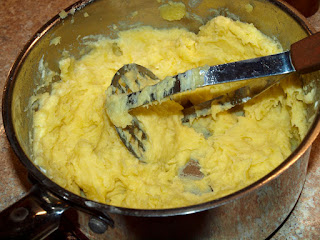 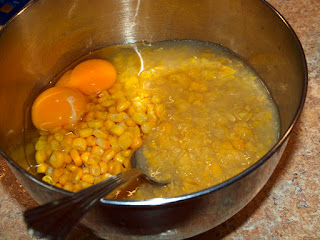 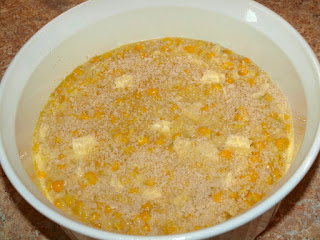 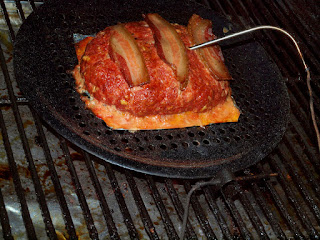 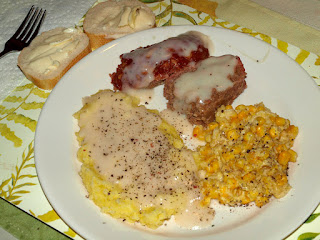