I had some lemon pepper boneless skinless chicken breasts thawed from my butcher. He makes these up in several flavors and freezes 2 breasts to a pack. I was all set to pound them out some and do skewers on my Lodge hibachi. By 3 in the afternoon it was cloudy and some rain headed this way so I had a change of plans.

I had peeled and sliced some potatoes for fries, they were in a bottle of beer with a tablespoon of salt for a little over 3 hours before I drained, rinsed and dried well. They were coated well with some olive oil and Penzey's sandwich sprinkle. Placed them on a sheet pan with non-stick foil and in a 400 deg. oven for 20 minutes, stirred, and back in another 10 to 15 minutes.

I did some bacon on my Traeger to top the pea salad. The pea salad is my wife and I's favorite. Pretty simple and easy. You thaw a 16 oz. bag of frozen peas in a collander by running hot water over. When thawed rinse in cold water then place in a bowl, stir in a ¼ to a 1/3 cup of sliced green onions, ¼ cup of sour cream and ¼ cup mayonnaise and ¼ to 1/3 cup crumbled bacon. Salt, pepper to taste and a few shakes of dill weed. I like to add the bacon at the table, so it stays crunchy.

The chicken breast went on the Treager on smoke mode, 190 deg. for about 40 minutes and I brushed on some brown butter. After the 40 minutes, I double wrapped them in foil with a coupled tablespoons of the brown butter. Another 30 minutes they were at 165 deg. IT so I pulled it and checked on my oven fries. They were about right so I let the chicken set a few minutes then slice up the breast and served all.

The wife and I had the pea salad, the daughter will not eat peas so she had a broccoli slaw salad with hers. I served some of the Mississippi Comeback sauce and the daughter and I liked it with the fries and chicken.

Bacon for the pea salad 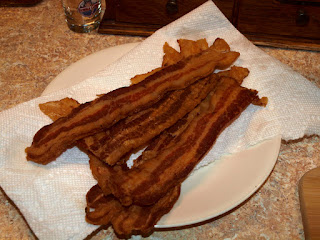 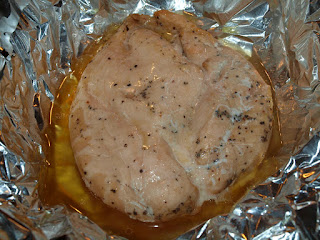 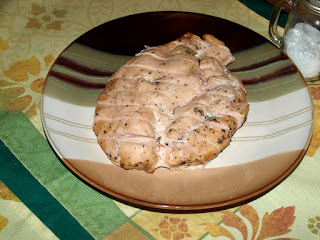 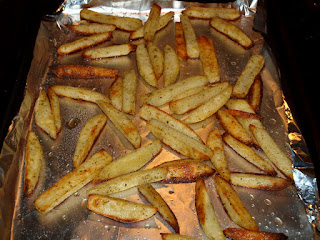 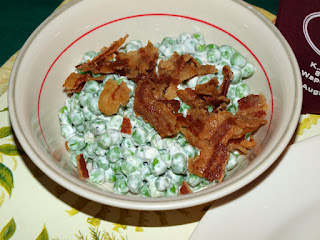 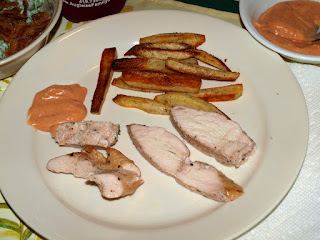