I am a little reluctant to post this but I guess we should share our failures too! Talk about char burgers; these were char burgers; maybe only fit for Tommy's wife Kimmie!

I found a recipe on food.com that called for mixing grated onions, potates, eggs and breadcrumbs with the ground chuck. I modified the recipe some by using 1 pound of ground chuck,  a half small onion grated fine, a medium potato coarse shred, one egg and a half cup of Panko bread crumbs. I made 3 large patties and one smaller one and in the fridge to set up some.

This was my second cook on my new Lodge Sportsman Hibachi. My first one I did burgers and fried some poattao cakes on a griddle. I followed directions and used 40 charcoal briquettes. They filled my chimeney about two thirds. I had trouble getting the griddle hot enough and the burgers ended up rare instead of medium rare.

I thought I would use a full chimeny of Stubbs briquetts this time for more heat. I got the Hibachi fired up and started my lime corn inside. I toasted the buns on the Hibachi. I sauteed some onions and peppers in the skillet on my stove and then added the corn. I placed it out on the Hibachi and then added the burgers. They were ¾ inches thick so I figured 6 minutes each side. When I flipped them I could see they were a little beyond charred! After 5 minutes I added some sharp cheddar cheese spread and covered with my wok cover to melt the cheese.

I took all inside to serve. We all agreed they were  a little overdone! The wife and I both managed to eat all of our burgers but saw the daughter left several bites! The meat inside the crust was moist and juicy but the char was prevalent and I could not tell how the onions and potatoes flavored the burgers. I will try these again with 40 briquettes!

40 briquettes makes a nice single layer; with the extra briquettes I had about a double layer. I think the meat was just too close to the fire. Next time I will go back to 40 briquettes. 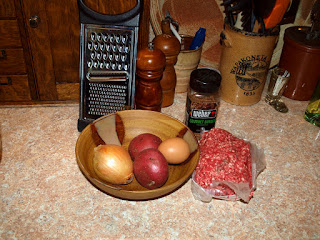 Mixing and making the burgers 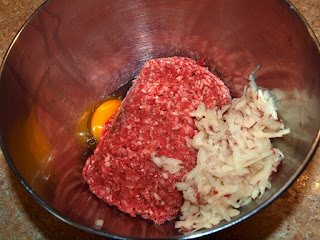 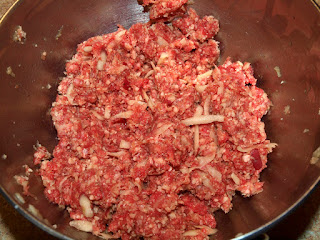 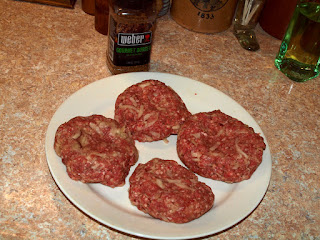 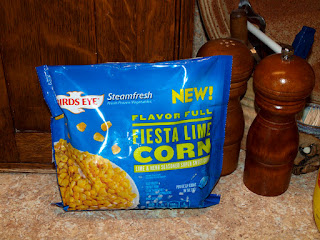 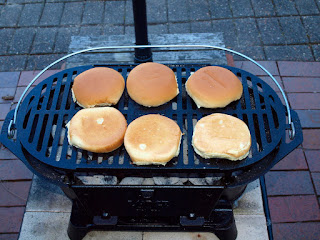 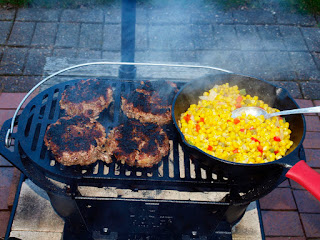 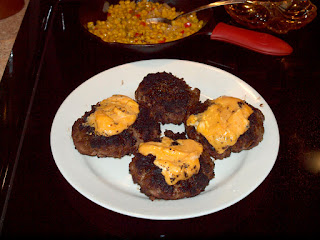 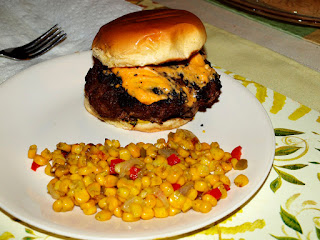