I can’t remember the last time I did a skirt steak. I went to my butchers this am and all they had was a frozen one. I ask for a small one and they had a one pound one so thought I could get it marinated and thawed by 6:00 for supper. I was going to do kabobs with it. My marinade was from Michael Symon, white balsamic vinegar, brown sugar, a little dried rosemary, Penzey’s roasted garlic, and a pinch of red pepper flakes. I got it in the marinade at 11:00 am and in the fridge. It was still frozen but hoped I could get it unrolled, cut and back in the marinade by 3:00 pm.

I did some grass trimming and at 3:00 I checked the skirt steak I had turned once and it started to unfold. I helped it by doing in the microwave, two minutes on power 3. It was just enough I got it unfolded and cut into 6 strips for the kabobs and back in the marinade.

My side was going to be a cauliflower steak seasoned with Penzey’s sandwich sprinkle and topped with some Sargento’s 4 State shredded cheddar at the end. I planned to smoke it on my Traeger for 45 minutes and then sear on the Weber Spirit Grillen Grates after the kabobs were done.

I had my Weber heating up to 400 deg. and some dark clouds were in the north then heard thunder. When the cauliflower had been on for 45 minutes I brought the kabobs out and on the Grillen Grates; it was sprinkling rain. I decided to just let the cauliflower finish on the smoker. I did the kabobs about 4 minutes per side and then removed and tented with foil. I added the cheese to the cauliflower and took the kabobs inside. In about 2 minutes the cheese was melted so took inside and served.

We had some garlic herb Italian bread and butter with the meal. The kabobs were delicious; a great marinade. I told my wife to be sure and cut it across the grain but it was tender enough it didn’t make any difference. The cauliflower was good, the wife liked it as was but next time I want it a little more done so would do at 300 deg. for 45 minutes and seared on the grill would be good. The marinade I will be using again. 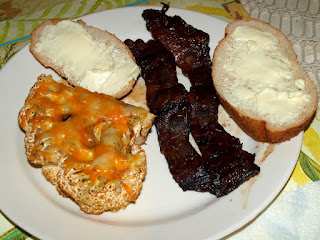 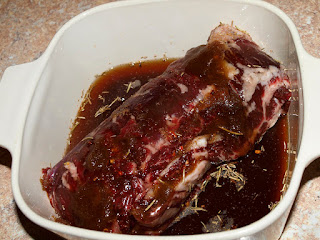 Unrolled and cut for kabobs 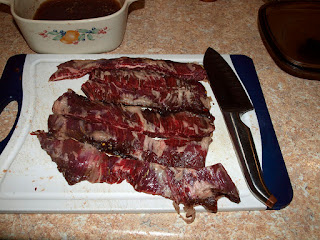 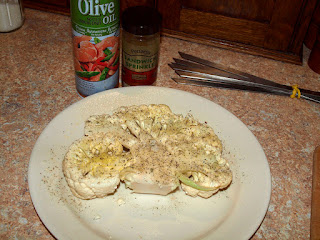 Kabobs ready for the grill 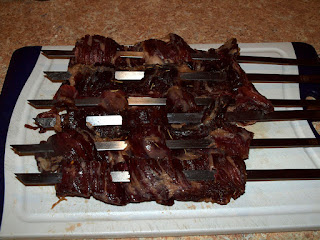 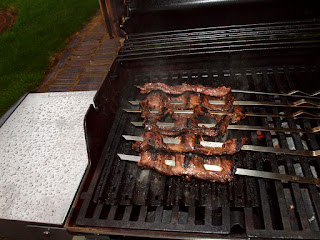 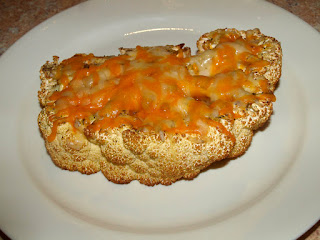 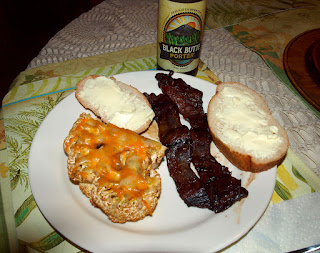