I had some Italian sausage from my butcher and I had cheese to use up so I thought a yellow squash and some zucchini would make a good side. I had found a recipe for garlicky white bean mash that sounded good and I made it up early so all I had to do was microwave to heat. I knew the wife would not want any.

Cook 2 minced garlic cloves in olive oil until fragrant. Rinse and mix in a can of cannellini beans along with 1/4 cup low-sodium chicken broth. Bring to a boil, reduce heat, and simmer about 15 minutes. Mash mixture with the juice of 1/2 lemon. Drizzle with olive oil and season with coarsely ground black pepper.

The squash dish I just made up, I sprayed a 7X11 Pyrex dish with olive oil. I sliced a yellow squash and a small zucchini in and arranged. I added a half of a small sweet onion chopped, some sliced tomatoes and sprinkled on some Italian blend seasoning. I added about 6 good spoonfuls of ricotta cheese and I topped it with a couple good handfuls of shredded Italian six cheese blend. That was my first layer.

The dish was getting full so for the second layer I just did the squash, zucchini, the other half chopped onion, and seasoning. My cheese for this layer was half mozzarella, provolone and half six cheese Italian blend about 2 cups. I covered it well with some Panko breadcrumbs and drizzled olive oil over.

I had my Traeger preheated to about 325 deg. grill level and added the squash dish at 5:00. I then added the Italian sausage in a granite pan and poured one beer over. After about 40 minutes I took the sausage from the pan and on the grill to finish. I had wanted to brown them in the gasser but it was raining. I made a couple pieces of garlic bread with a ciabatta bun under the broiler. I took it all in to serve about 6:15.

It all tasted pretty well. My wife said she didn’t think she would like the squash but thought it tasted pretty good. I usually have mustard with sausage but I enjoyed some of the bean mash with each bite of sausage. 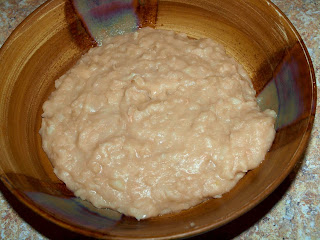 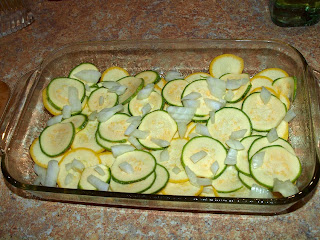 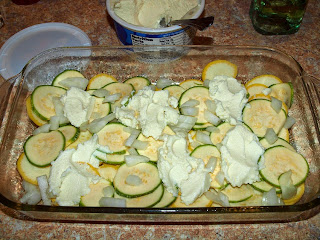 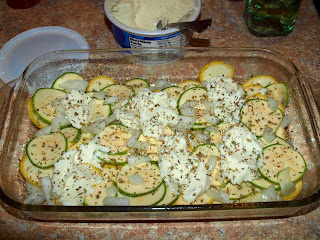 Adding the tomatoes and cheese 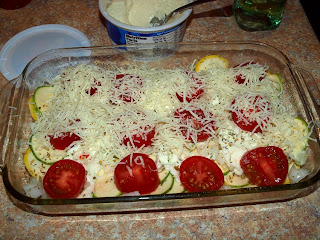 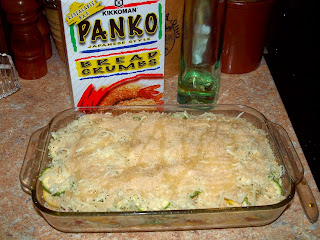 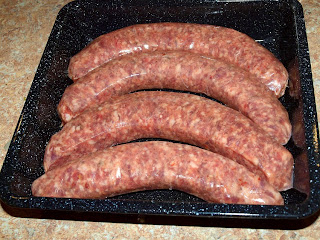 In the smoker about 1/2 hour 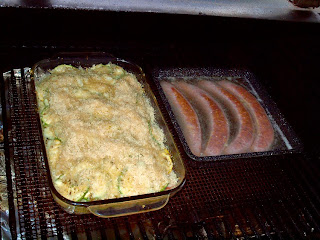 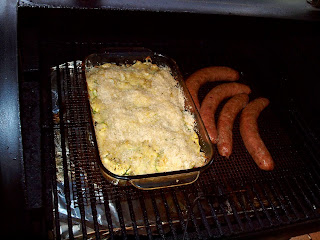 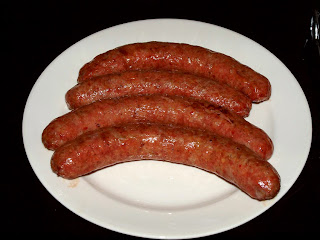 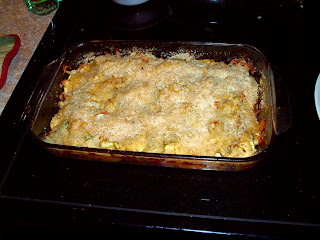 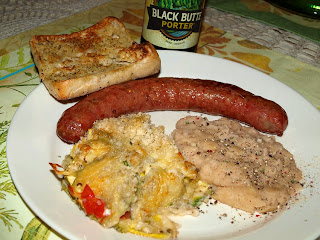