This is a little different since I usually have beans in my chili. There are some who will argue that it’s not chili if it has beans in it. I am just the opposite, it’s not chili without the beans so just call it what you like!

I went to my butcher’s Thursday to buy some meat and got 2 pounds of ground chuck for my chili. This was my second time out since my back operation just a month ago and my first time driving. When my wife fixed some store bought crab cakes that neither one of us could eat; I decided it was time to get back into doing the cooking!

I browned up the beef in two batches; draining the first batch and leaving the grease in the second; a little fat makes it better.  I added half the chopped onion to each batch when it was getting browned and let them get soft.  I put the beef in a large pot and added the 3 TBS. chili powder, 1 tsp. cumin and some dried garlic flakes. I let that cook a few minutes then added most of a bottle of stout beer; I had to save a few sips for me! I let that simmer about 15 minutes.

I pureed the can of fire roasted tomatoes, can of Rotel tomatoes and stirred that into the pot. I added the can of tomato paste, a tsp. of 4S salt and about 1 TBS. of mustard powder. When that returned to a boil I turned it down to simmer and covered. I let it simmer an hour and a half. For the last half hour I added a TBS. of smoked paprika and a TBS. of brown sugar.

It hit the spot for cold weather food, even without the beans! I had some leftover rice so added some to the bottom of my bowl topped with the chili and a handful of shredded cheese. My wife did not have the rice. We both like buttered saltines with our chili.

I will probably freeze up most of the leftovers, some for Coney dogs and some for on top of spaghetti. 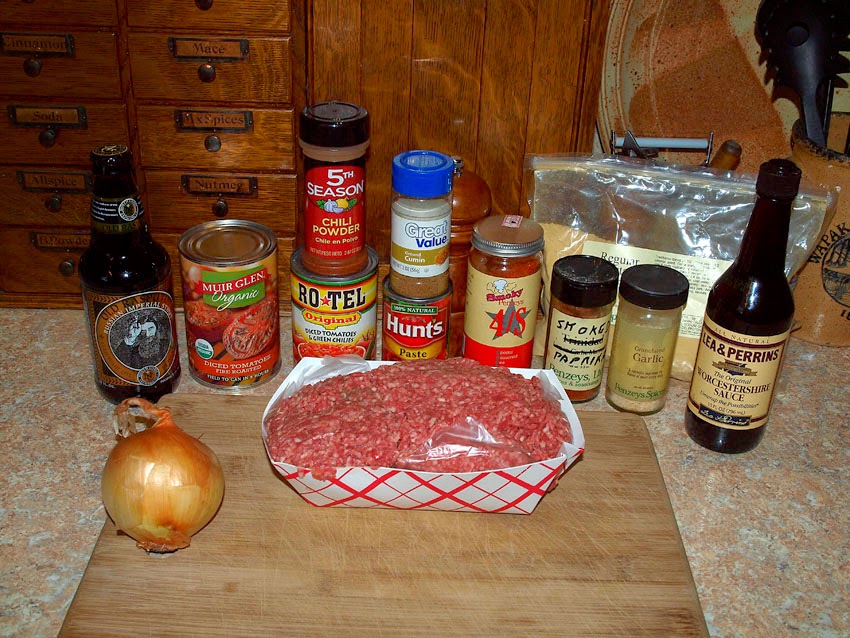 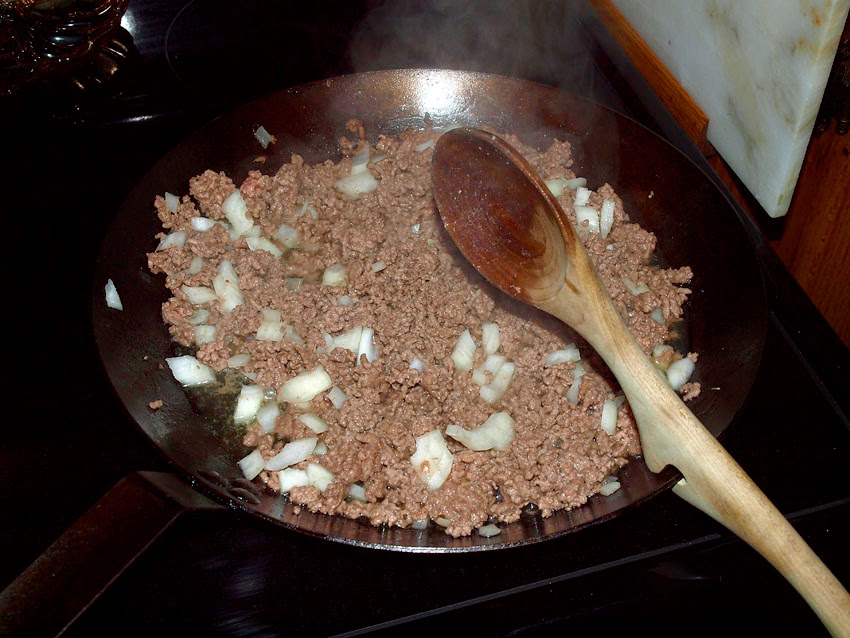 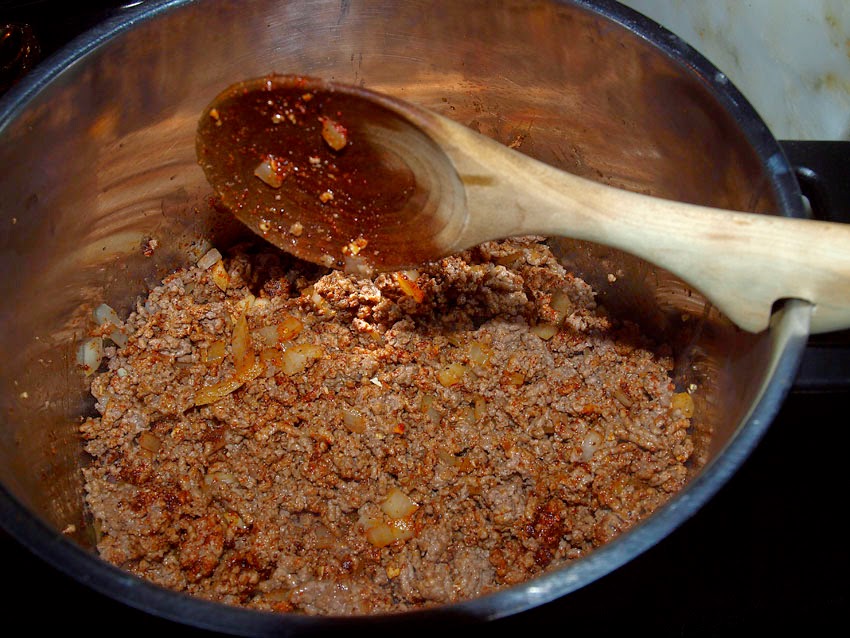 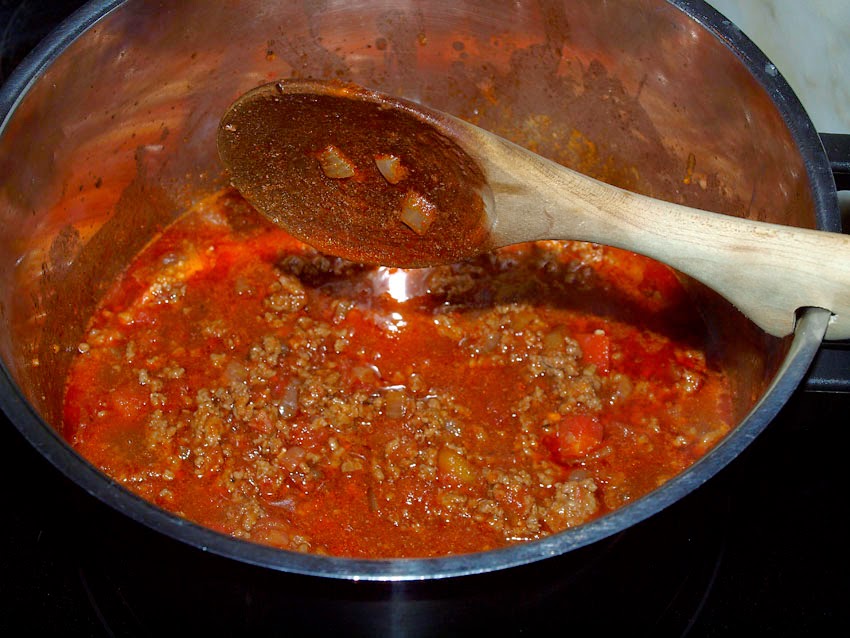 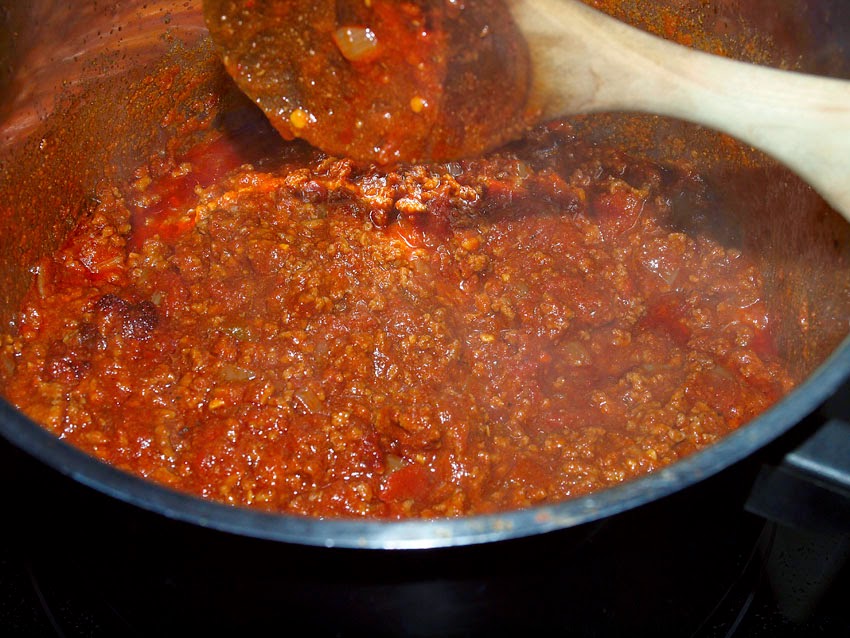 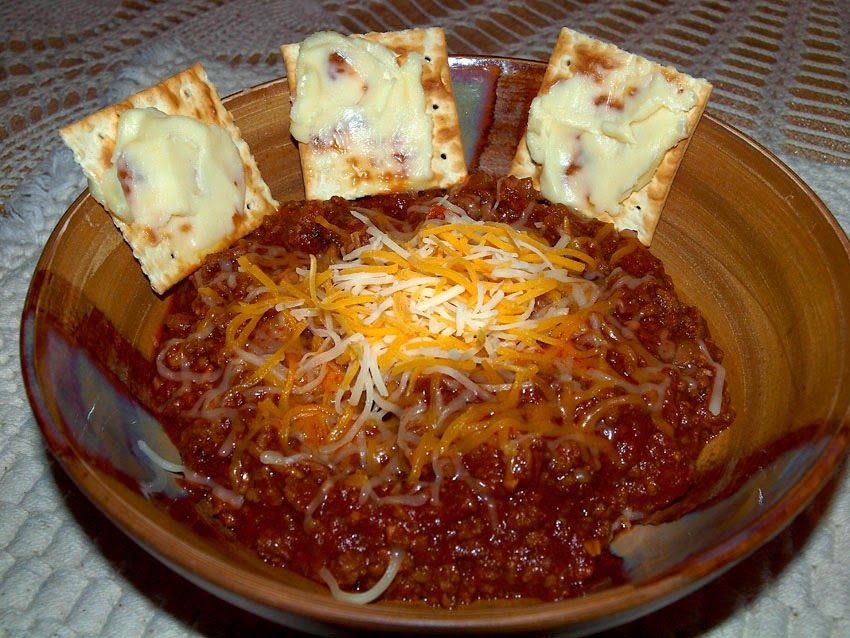