Beef and Noodles over Mashed Potatoes and Dessert

I haven’t had beef and noodles for so long I almost forgot how good it is! After more than 2 weeks of frigid weather I am hungry for something from my smoker too. This week end was nice enough but I am still not up to par yet.

For good beef and noodles you need homemade noodles. Since I am not good at making them I am lucky and have been buying them for years that come from a small bakery in Van Wert, OH near my hometown. They are better than any homemade I have ever tasted. I used to drive over and get some when I visited my Mom. Then a guy that cans beef and chicken, Waltz Meats buys them from the bakery and has them along with his canned meat at groceries around the area.  Now I can buy them locally.

I bought a small chuck roast, 1 ½ pounds from my butcher to use. I seasoned it with salt and pepper and browned it on all sides. It went into the Crockpot I had sprayed with a little olive oil and laid it on some sliced onions. I deglazed the skillet with some beef broth and poured it over the roast. I added enough beef broth to come up half way on the roast and sprinkled in some dried garlic flakes. It was on low about 7 hours total.

For our dessert tonight I made a peach and cream cheese pie after I got the beef on. I make it a lot since you don’t need to roll out the dough. I am not very good at rolling dough for noodles or pies! With this one I just place the dough in the pie pan and press it out with my fingers.

After I got the pie done I made my potatoes. I like russets for mashed potatoes but I had some baby yellow potatoes the needed used. I trimmed the ends leaving the skins on, cut up and boiled 15 minutes.
I drained them and added 4 Tbs. butter and 2 Tbs. sour cream to mash up. They would be easy to just nuke in the microwave at supper time.

At 4:30 I removed the roast and let it cool some the shredded and removed fat. It went back into the Crockpot and turned it up to high. A little before 6:00 I buttered some bread sprinkled on some Penzey’s sandwich sprinkle, some dried garlic flakes and a little parmesan Romano cheese. I toasted it under the broiler.

I served my wife then made up my plate. That sure tasted good!!! My dessert later was good too! 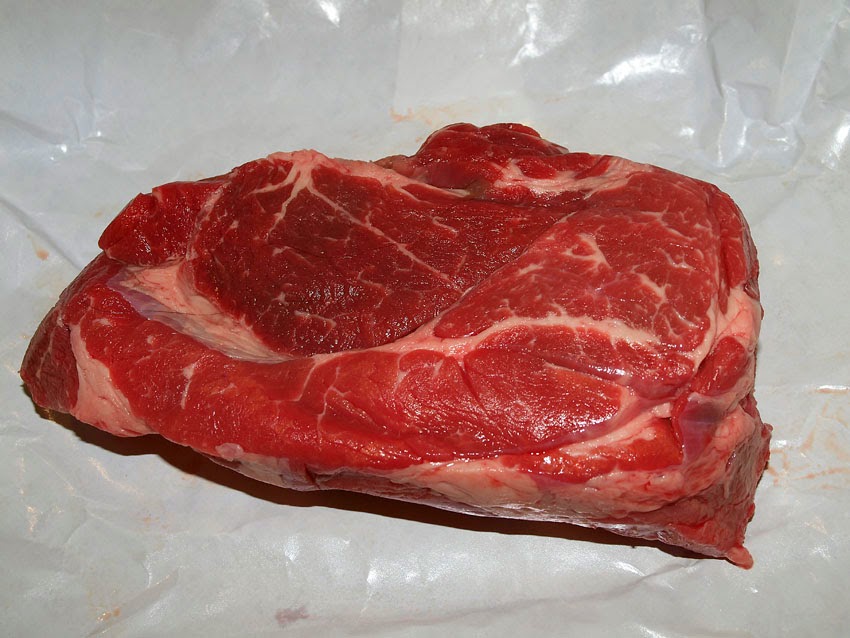 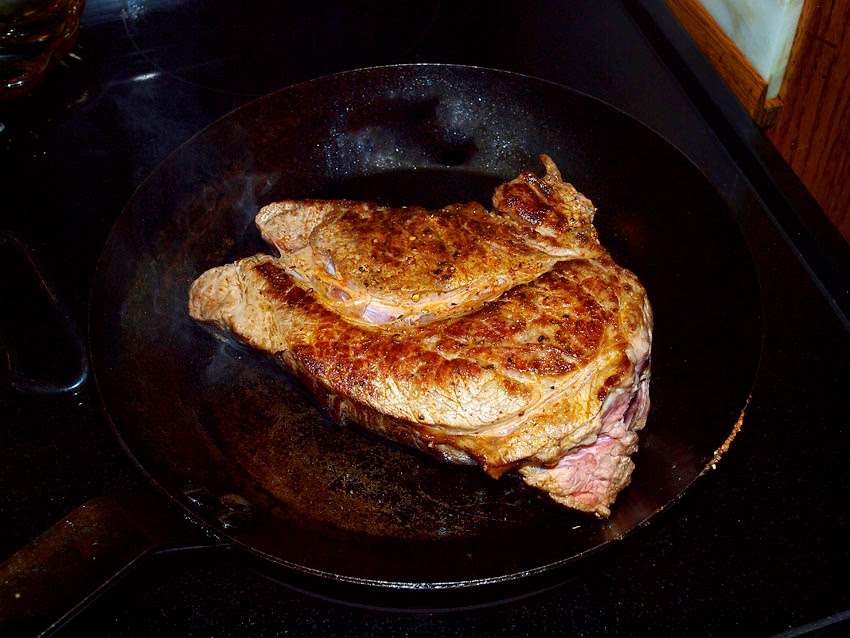 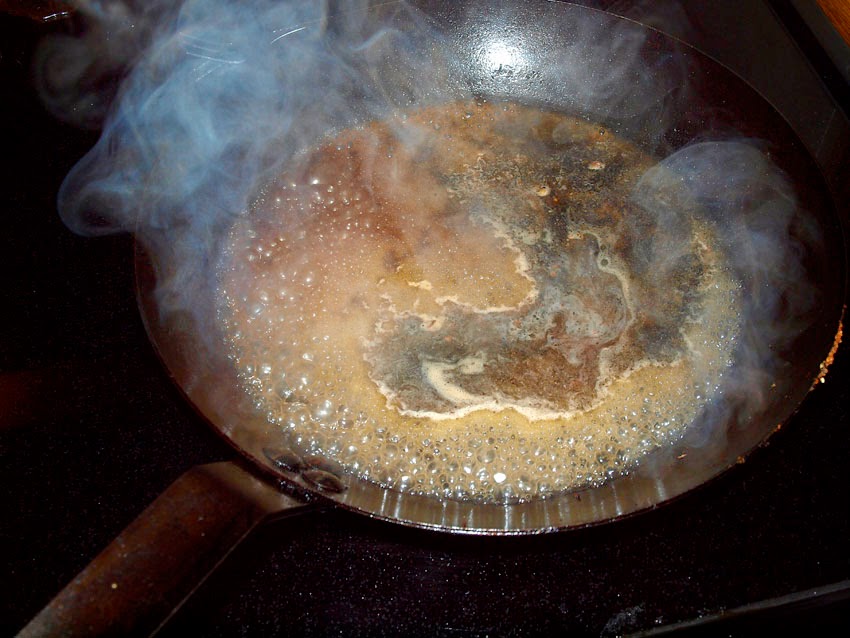 In the Crockpot for a while 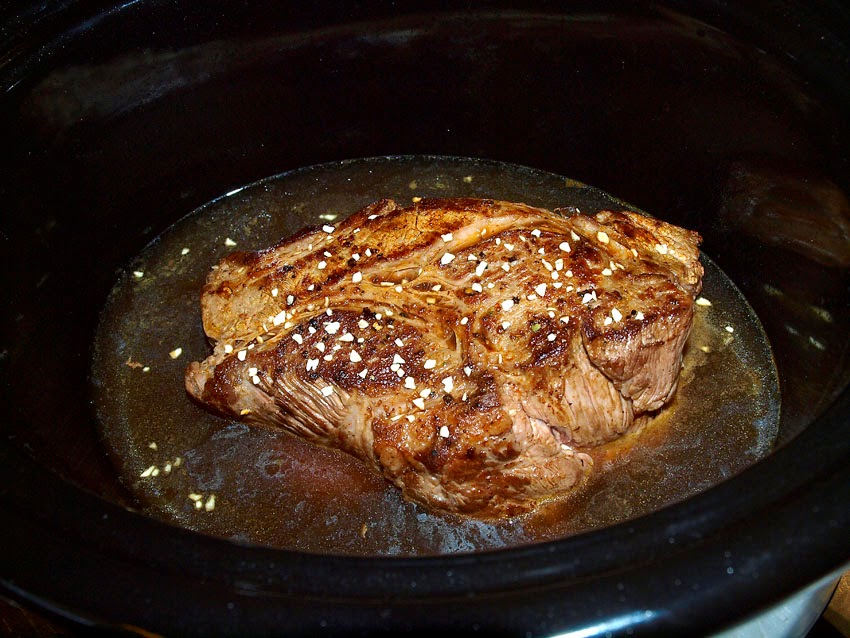 Mashed potatoes made ahead 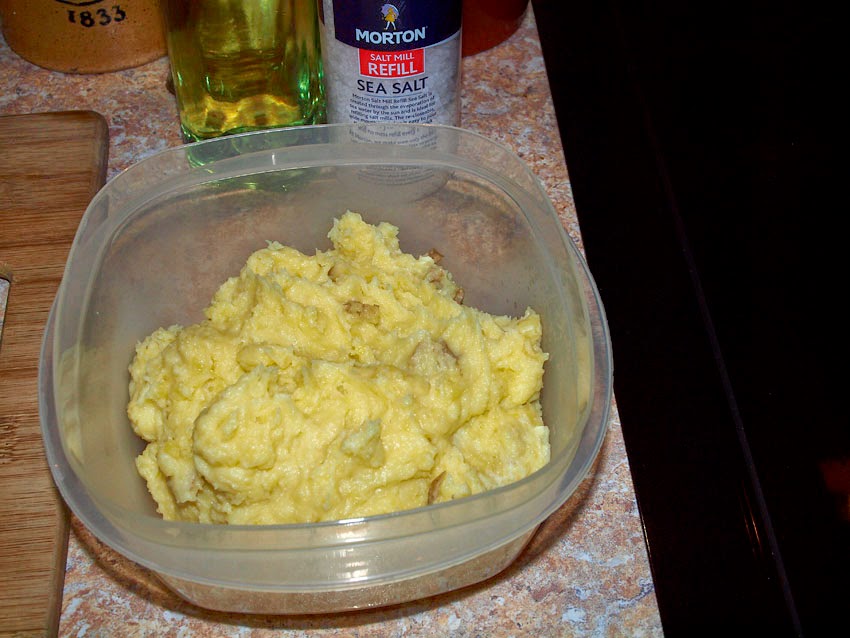 Crust and peaches for the pie 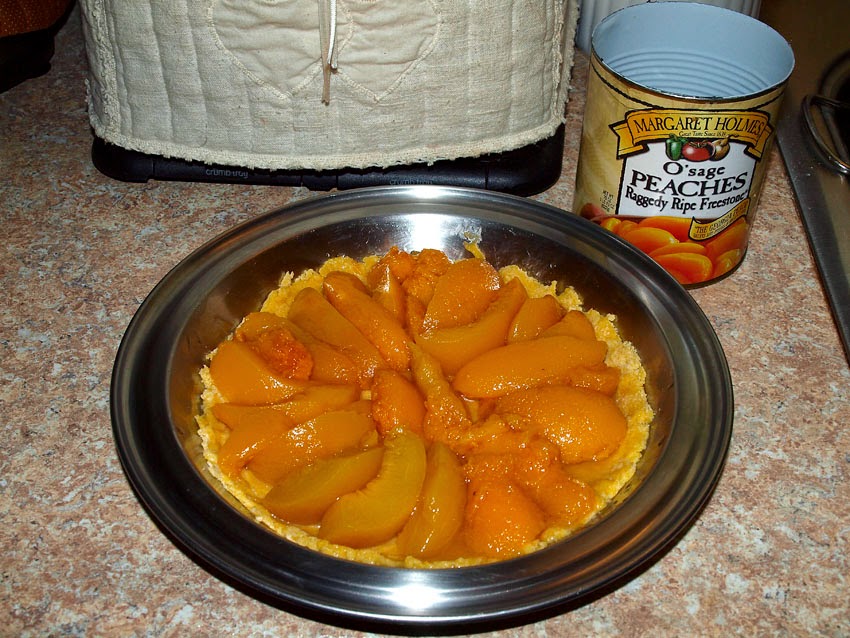 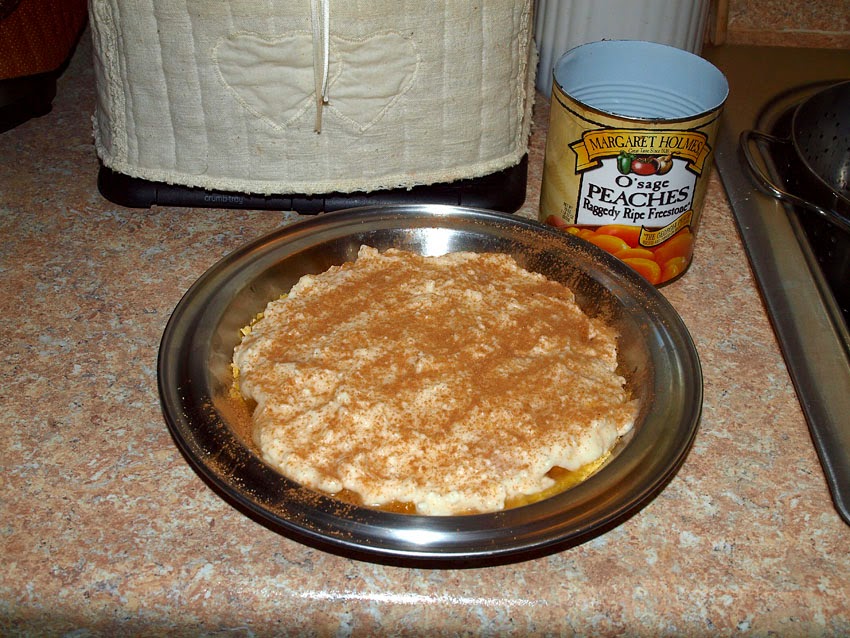 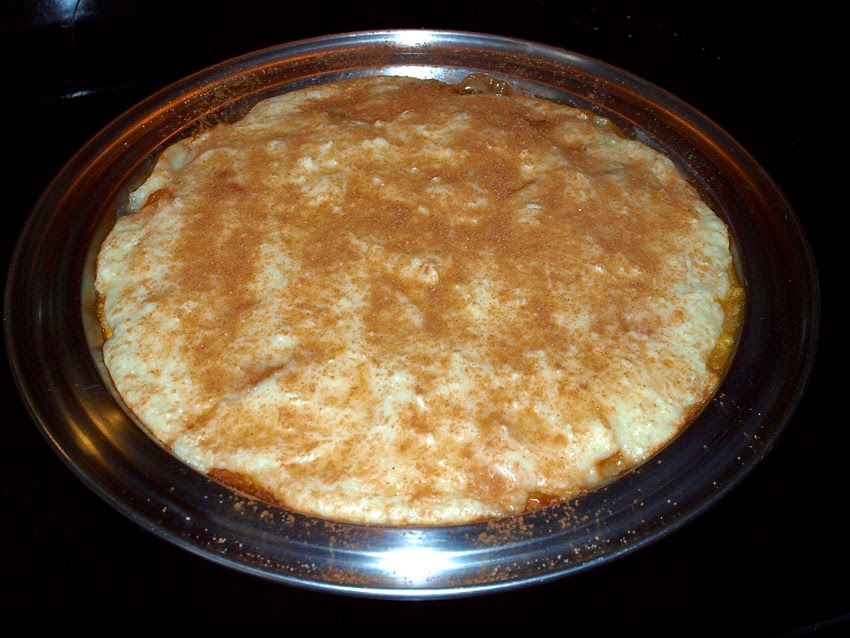 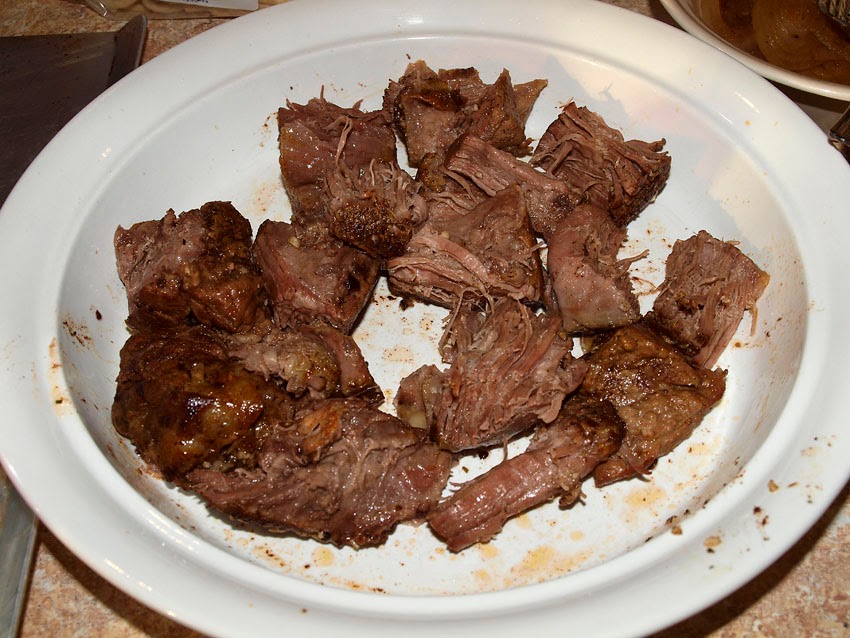 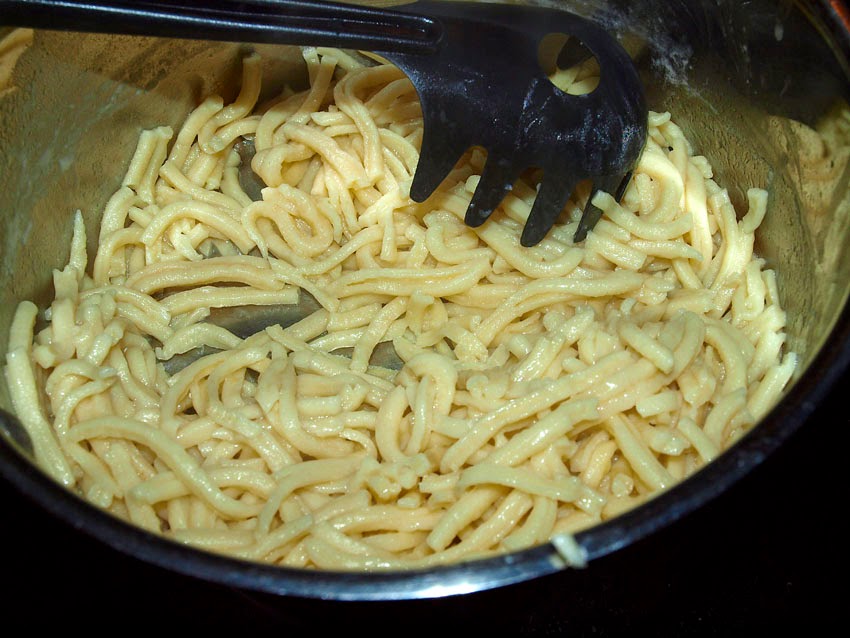 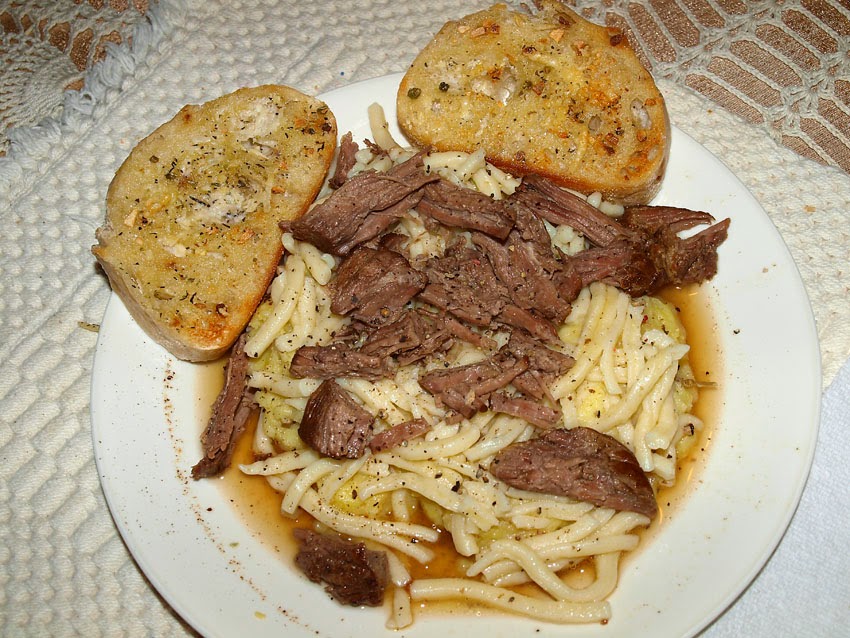 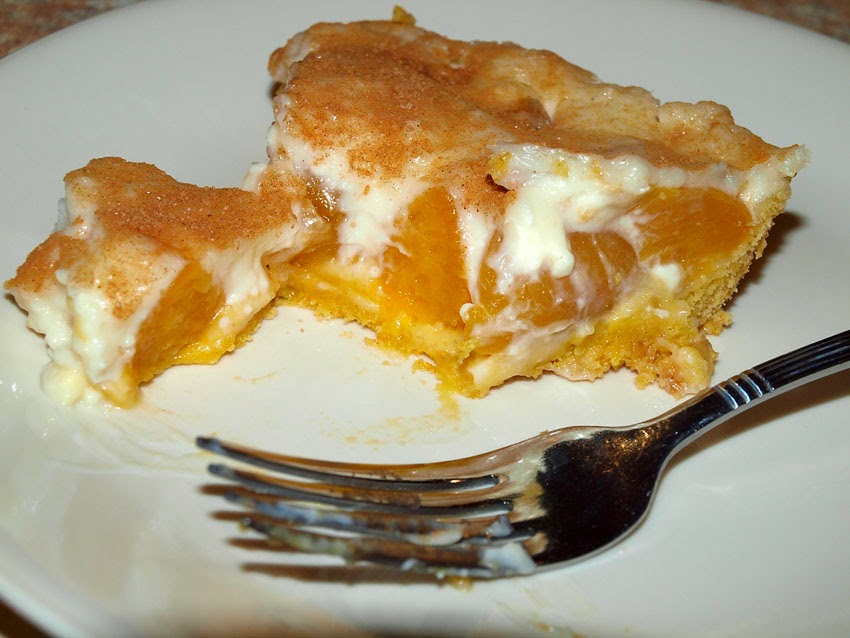