I first saw this recipe at Food52 and knew it was one for me to try. Any cake that has cornmeal in it and baked in a cast iron skillet is one I have to try. I baked it today and it is a taste treat, delicious! The edges and bottom get a little crispy and a brown top covers a nice gooey layer that is from pouring a cup of heavy cream in the middle of the batter before baking.

I am always interested in food history and wondered why they called this a spider cake. I looked it up on the net and found the three legged cast iron pots and pans used to cook over coals in an open hearth were called spiders. I had probably read this before but it never stayed with me.

I am not sure who to give credit for the recipe; it shows up several places like this one. There are a few others that have the same ingredients in different amounts but don’t add the cup of cream before baking. I would say the original recipe is probably pretty old since it is called a spider cake.

My wife and I had a small piece of it warm out of the oven and that’s the best way to eat it. I ate a piece after my supper and had it room temperature with some maple syrup. It might be better warmed a little in the microwave. Either way it is delicious! 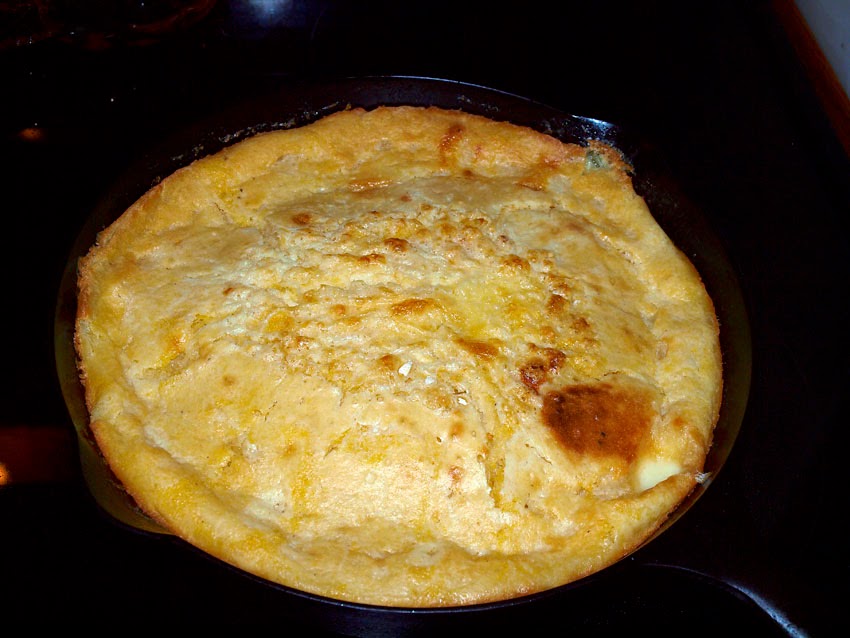 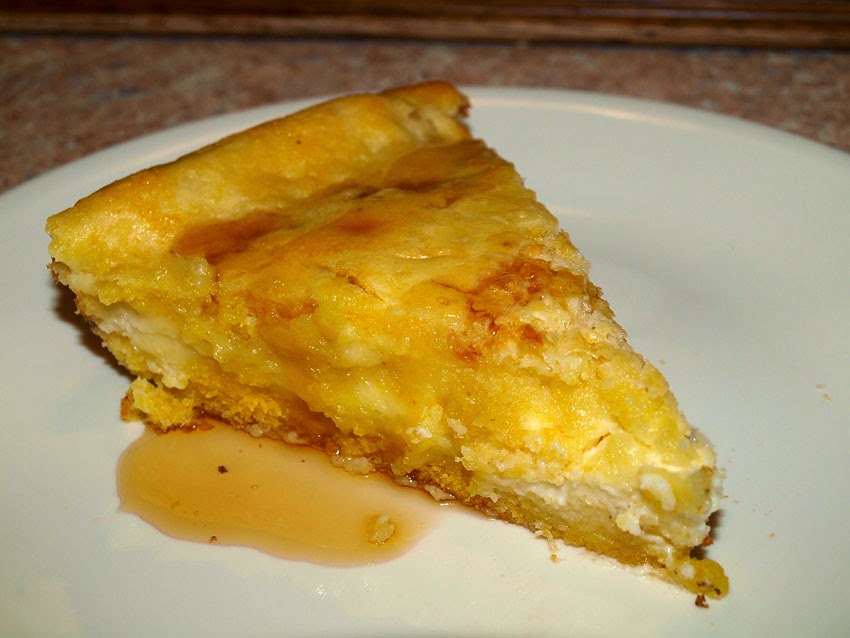