I don’t think I have missed having my good luck pork and kraut on New Year’s Day for about 20 years. I picked it up from a friend that was of German heritage. I think I have used about every cut of pork with the kraut. My wife makes knopfles, German drop noodles to add, that makes it better and I have made my own kraut the past two years. My wife is not the best cook but did learn how to make the noodles from her mother. I tried making them myself one year and she can do it better.

I think black eyed peas are pretty widely used as the good luck meal for southerners on New Year’s Day. For northerners I don’t think there is any one dish and it comes from ethnic heritage or from geographical location.

Since I am recovering from a back operation I chose brats for my pork; they would not require much prep work. I had 4 fresh bratwursts and 4 bockwursts from my butcher, Kah Meats and smoked them on my Traeger for an hour and a half.

I cooked it all in my Crockpot; sprayed with a little olive oil, a layer of cut up onions, two of the brats and 2 of the bockwurst, some chopped garlic, 2 to 4 cloves, and a layer of kraut and then repeated it. I added a bottle of Yuengling and then water to almost cover.  I got it on at noon and set it on high for an hour and then on low.

My wife was busy all day taking down her Christmas decorations and placed in tubs to store. She stopped long enough to make the knopfles, noodles for me. I added them to the pork and kraut at 4:00. At 5:00 I baked a take home garlic loaf and made some mashed potatoes with butter and sour cream. I opened a can of black eyed peas to heat up adding some dried garlic, onions, salt and pepper.

It all tasted great and hit the spot. This tastes good on any cold winter night!

Wursts smoked and ready for the Crockpot 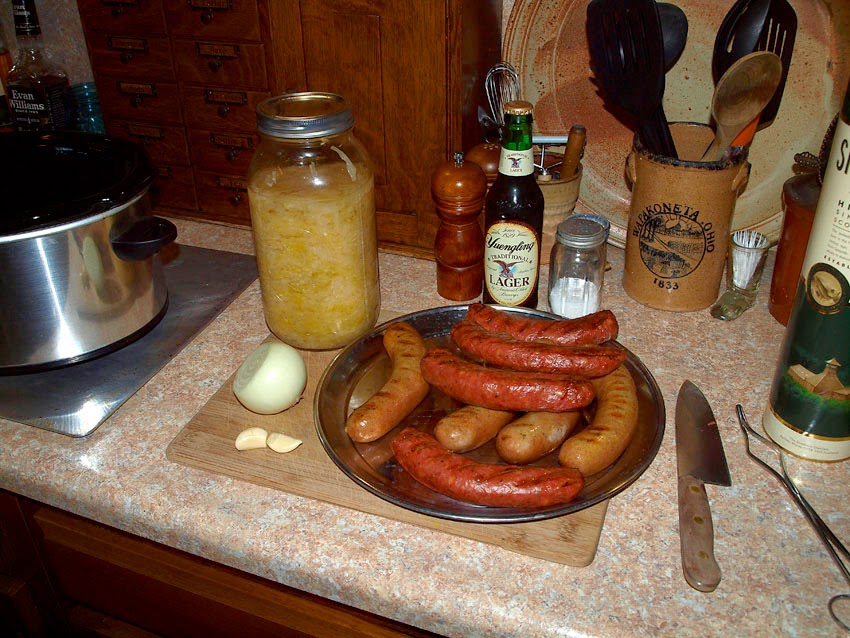 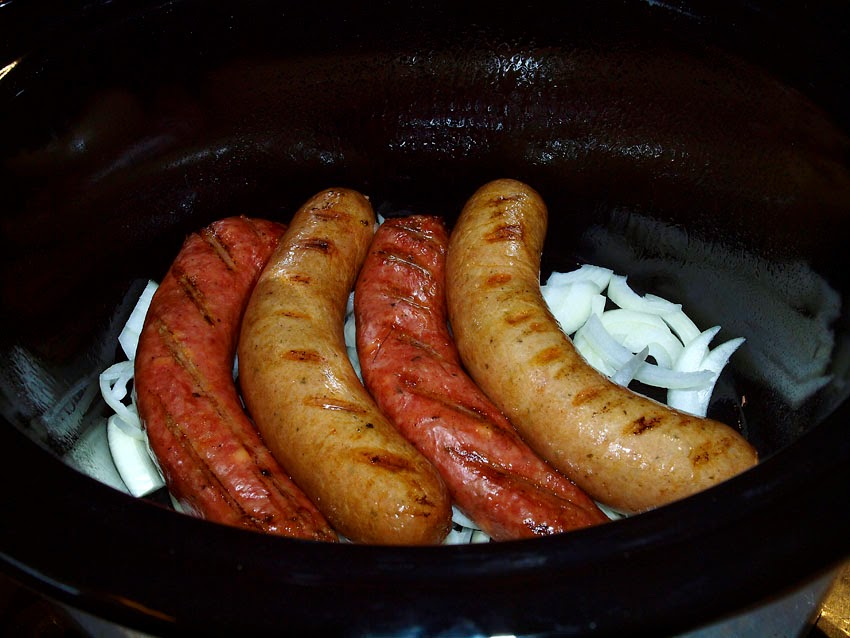 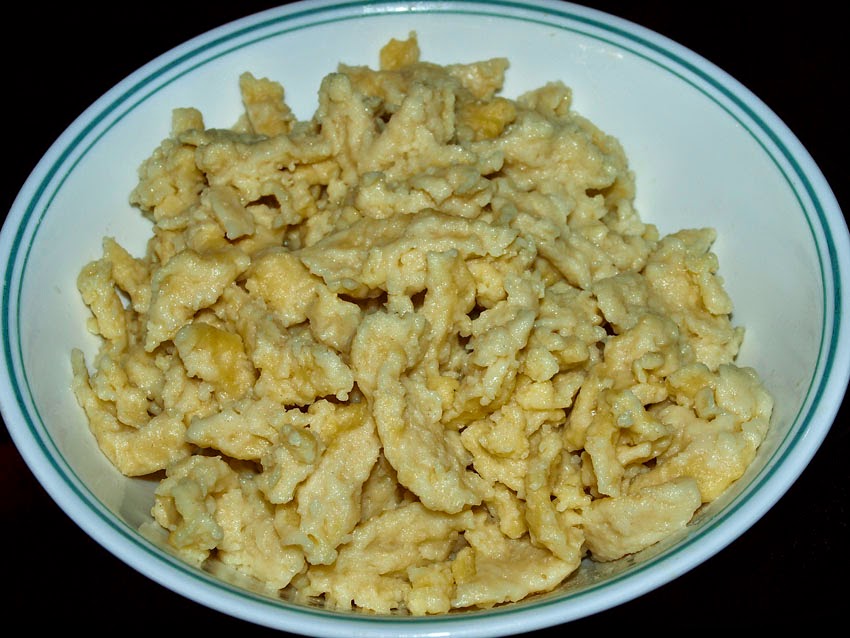 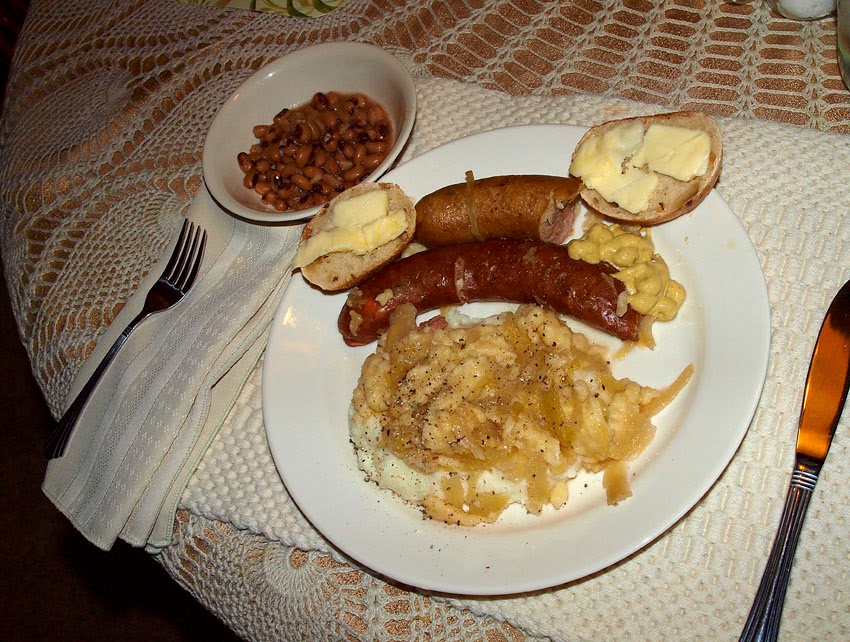