It has been ages since I made some Italian gravy. The recipe is from the Frugal Gourmet. I used to watch his show and have most of his cookbooks. I liked the guy until I found out he liked little boys. I made a batch early so it was ready to use for supper. It makes a large batch and will keep about a week. I will freeze some of mine too. The gravy would be great with any BBQ meats too.

I had bought some Italian meatballs at Krogers that looked good, Margharita brand. I got the idea of fried ravioli from the Mississippi Current cookbook and followed a recipe by Giada of food network for using frozen cheese ravioli.

Toasted or fried ravioli comes from the Italians in St. Louis. When I hear St. Louis I think of ribs and BBQ but the fried ravioli is another favorite food there.

I breaded the ravioli ahead; dipping in buttermilk then coating with Italian seasoned breadcrumbs. I shallow fried them in a skillet with ½ inch of olive oil at 325-350 deg. about 1 ½ minutes per side. The meatballs I placed in a skillet and in my convection oven at 375 deg. for 20 minutes turning half way. I then poured the grease off and wiped out the skillet, put the meatballs back in and poured some Italian gravy over and heated up while I did the ravioli.

The grandson was here since his Mom had to go in for work and his Dad was working. I served the meatballs in a bowl with some of the gravy to dip the ravioli in too. I warmed up some of the Red Lobster biscuits to have too. The wife and I liked the ravioli but the grandson wasn’t crazy about them. He ended up eating 5 meatballs though!

The daughter in law didn’t get here until 7:00. I had 3 ravioli left so heated up the oil and fried them for her. She made a salad and had a biscuit. She liked the ravioli.  The ravioli would make a great appetizer or part snack too. It is usually served with marinara sauce and I think ranch or blue cheese dressing would be good too. 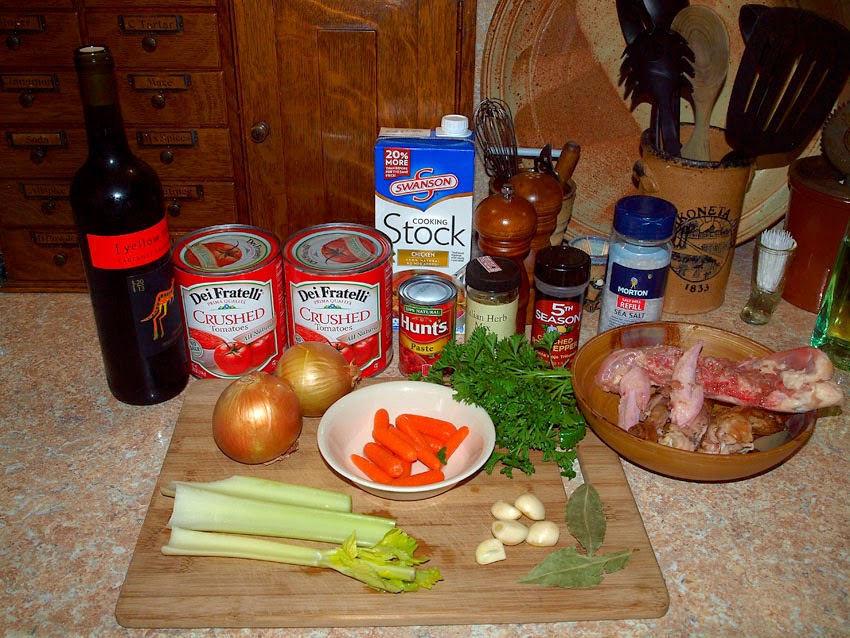 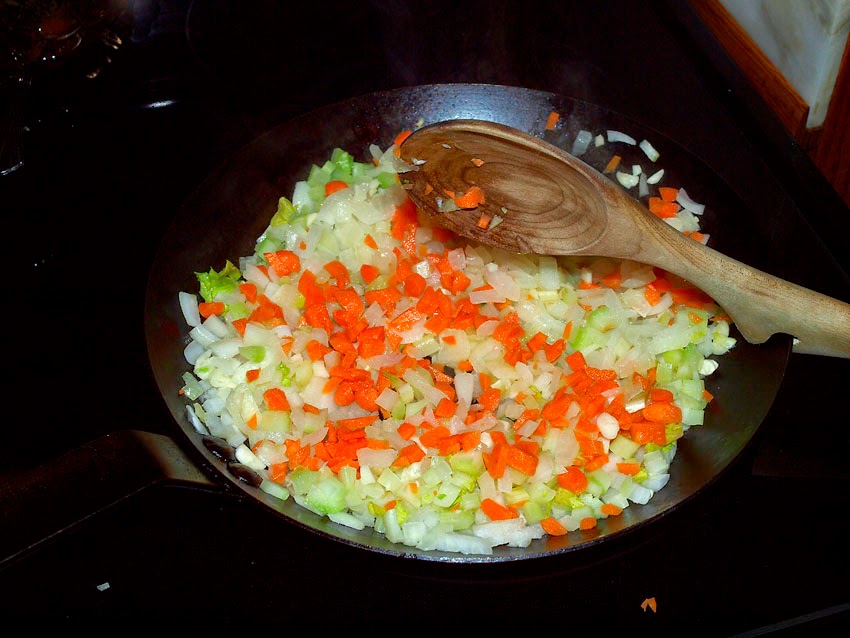 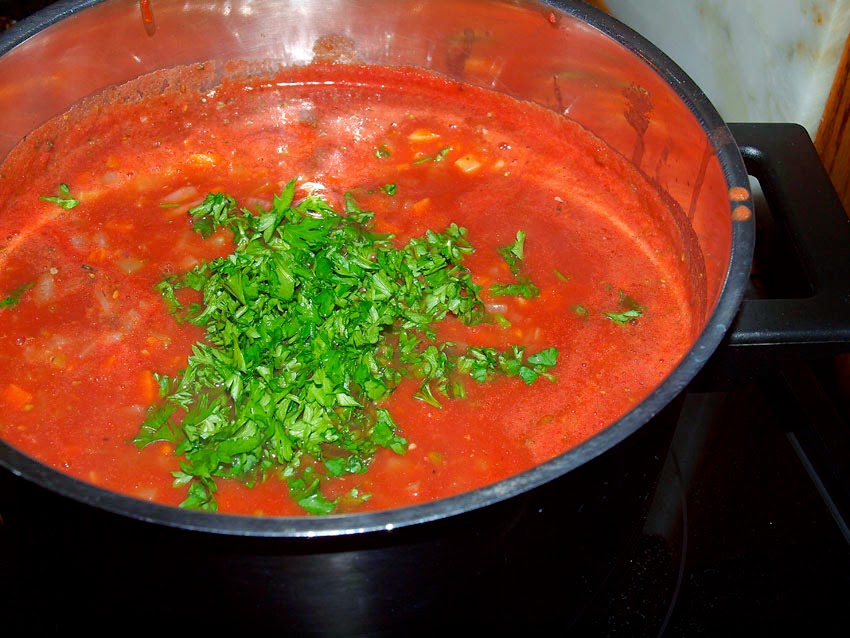 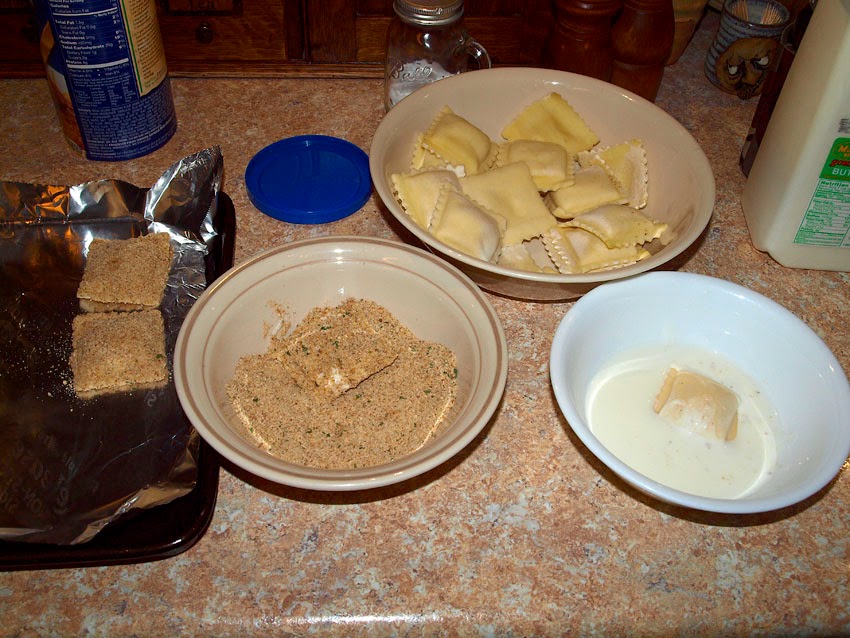 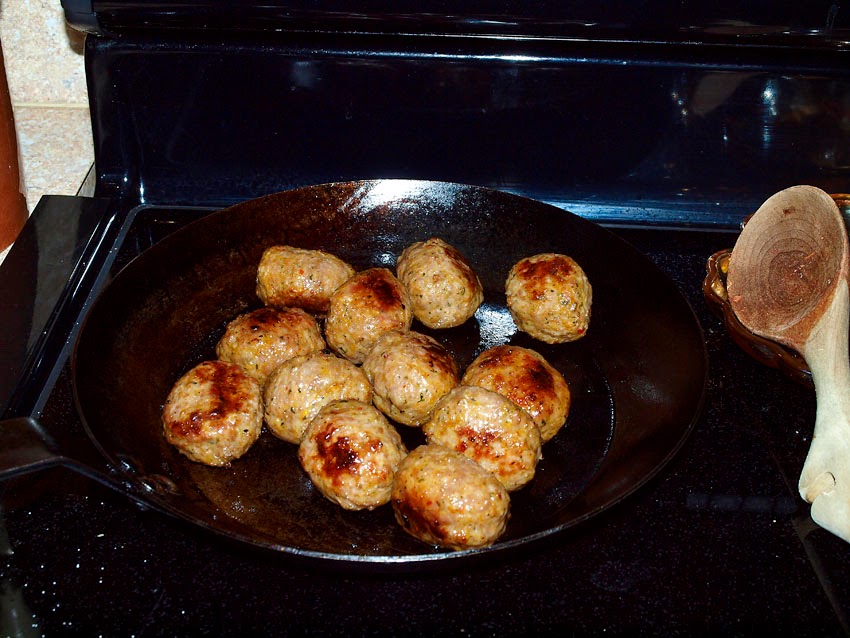 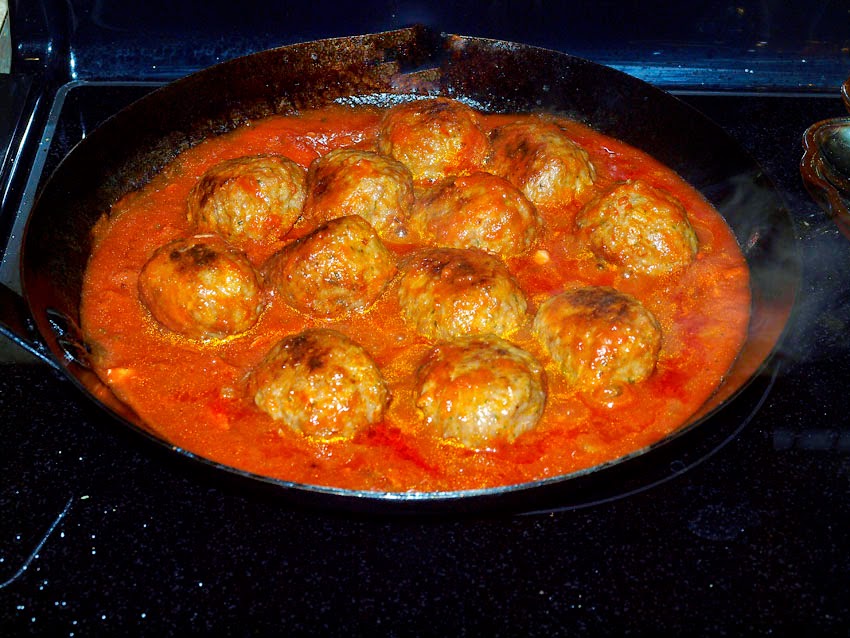 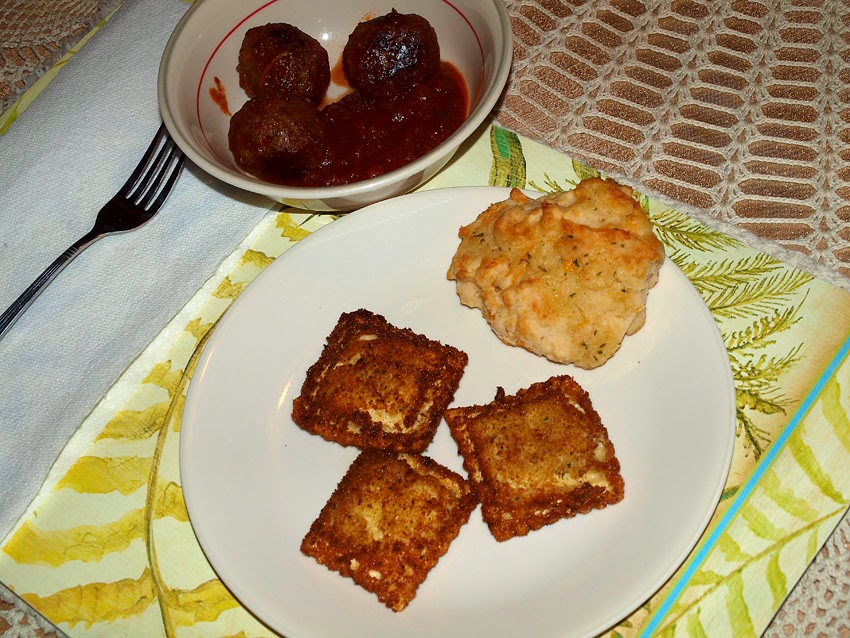