I really had my taste buds set for some good beef tenderloin steaks. Our Sam’s club has the best ones a good 2 inches thick and 4 inch diameter, about 6 oz. each. My wife went to Sam’s after a movie Sunday and I told her to get some, I told her the nice thick small tenderloins we always had. I should have known better. She came home with a package of six eye of round steaks about 6 inches diameter and ¾ inches thick!

So tonight we had baked steak, the only way I know to make round steak so it’s tender and good. My Mom used to fix this a lot and used cream of mushroom soup for the gravy. I did it that way a lot then found I liked using Campbells beefy mushroom soup better.  I didn’t have either soup but it’s been so cold and icy out I didn’t want the wife to run to the grocery; it’s 3 deg. right now and supposed to get -4 deg.

I had a package of Pioneer brown gravy mix so I made that up and added a teaspoon of porcini mushroom powder and a couple of dashes of Kitchen Bouquet.

I used 3 of the steaks and pounded with a meat mallet on both sides then cut in half. I seasoned with a little Penzey’s 4S salt, dusted with a little wonder flour. I browned them in a skillet with a little olive oil on med. high heat about 3 minutes per side. I poured half the gravy in a baking dish, a little dried garlic flakes, layered in the meat, poured the rest of the gravy over and some dried onion flakes. I poured the excess oil out of the skillet and then deglazed it with a little beef broth and added that to the dish.

I covered the dish and in the oven at 275 deg. at 4:00 pm. I got the potatoes ready to go in at 5:00. I melted some butter in a baking dish, added some parmesan cheese. The Kraft’s powdered works best for this. I had some baby gold potatoes and cut them in half then placed cut side down in the dish. They went in the oven and upped the temp to 300 deg. I heated up a can of green beans for a side veggie.

At 5:35 I removed the lid from the steak and gravy. I checked the potatoes and they were not browning well so I upped the temp. to 325 deg. I served it all up at 6:00 and it was tasty. The grandson ate with us and had a nice plate full. My wife had some bread and butter with hers; I saved the bread and after I finished my plate I had some gravy bread. I thought the gravy was extra good and the wife said she liked it better than the beefy mushroom soup I usually use. 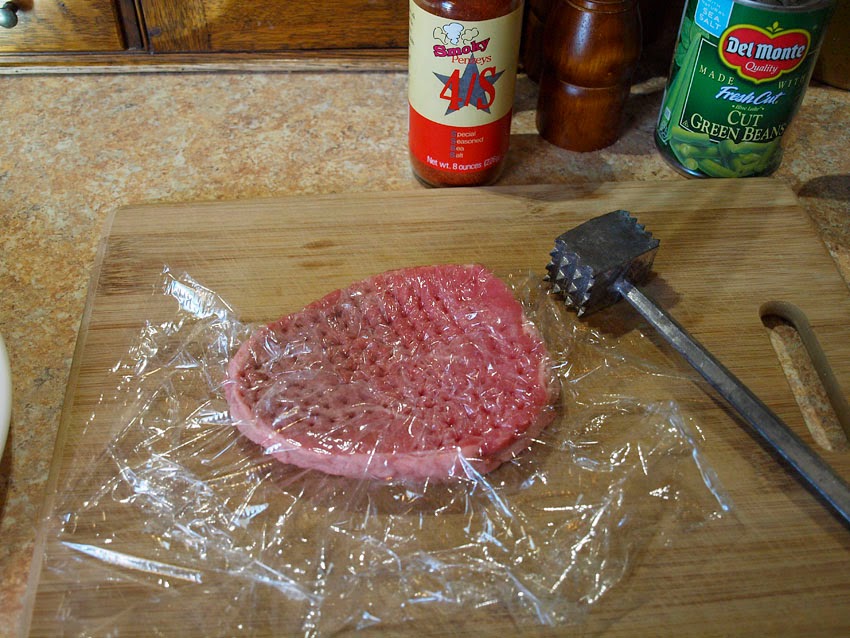 Seasoned and dusting with flour 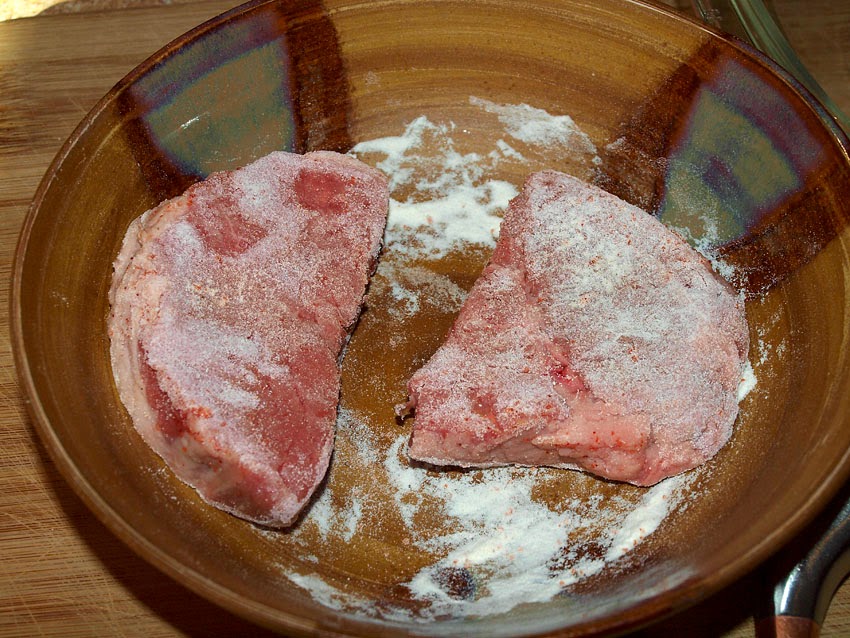 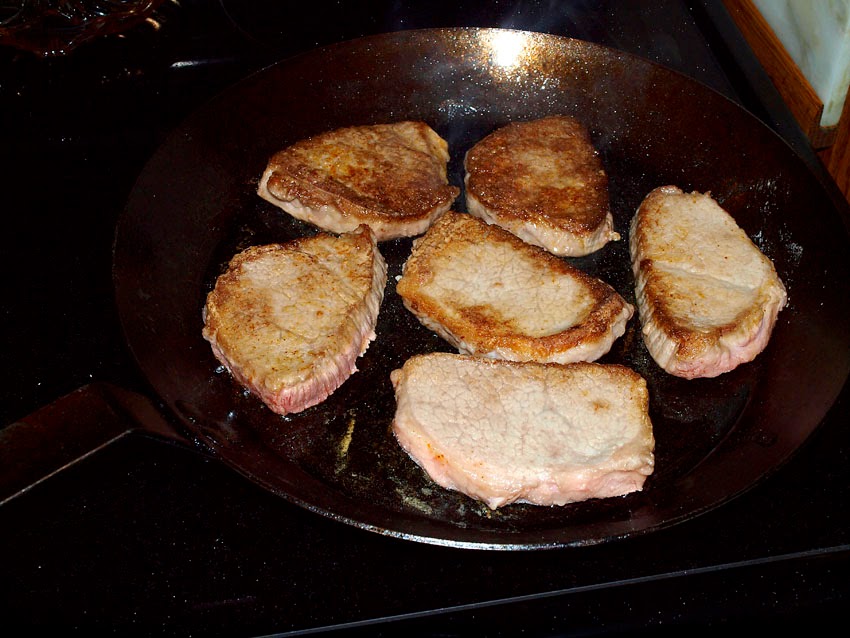 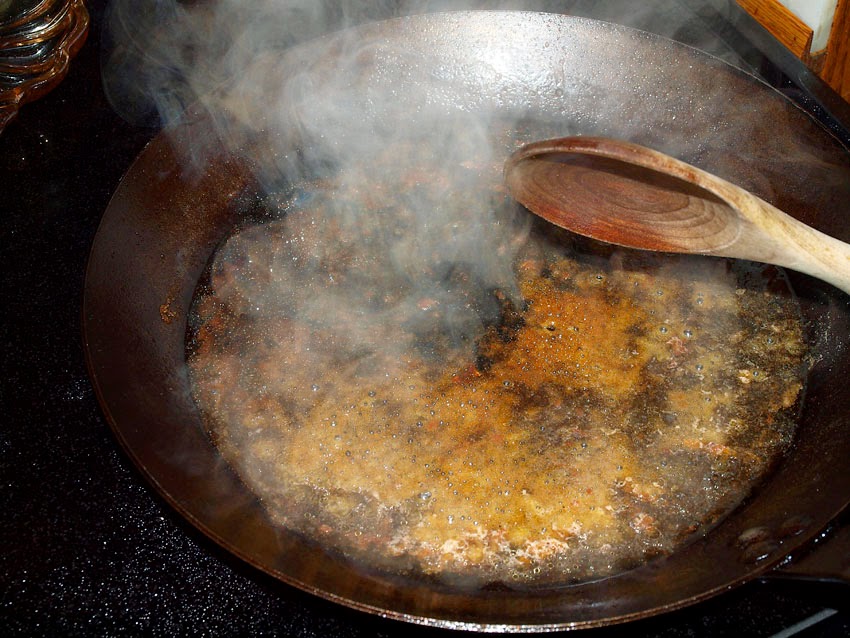 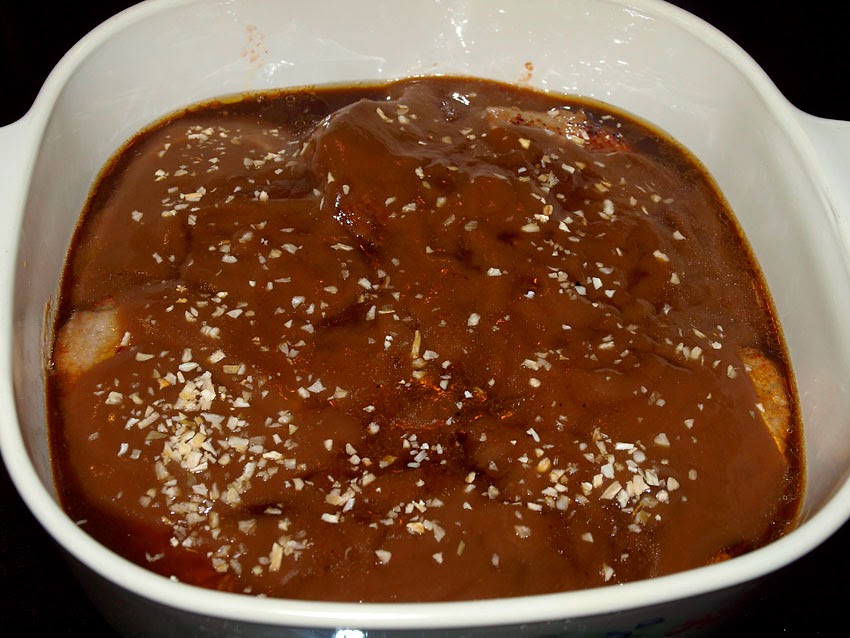 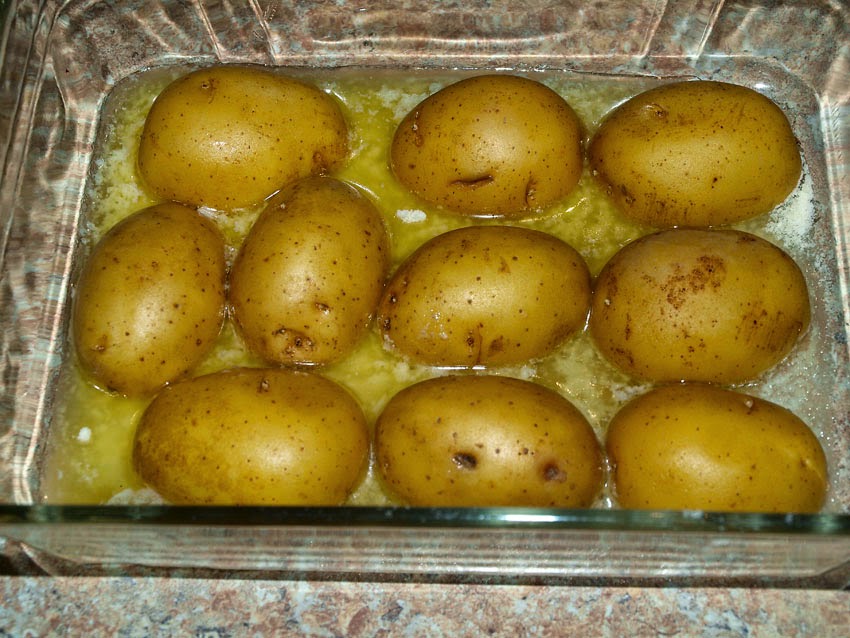 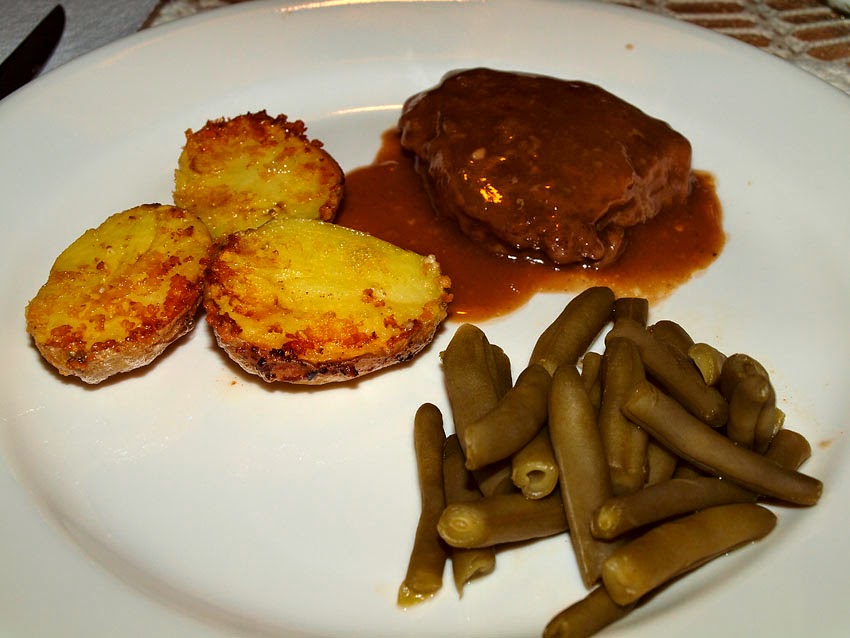