My Take on Killer Burgers W/ Corn on the Cob


Someone on LTBBQ forum said peanut butter was good on hamburgers! At the time I turned up my nose.Then on the net I read about Killer Burgers, a burger joint in Portland Oregon. They are made with peanut butter, bacon and dill pickles. There are 7 of the Killer Burger joints in Portland and many more have burgers with the same ingredients and different takes on it. Looks like the key ingredients are the peanut butter, bacon and pickles that are said to give a umami taste.


I had some fresh picked sweet corn and decided to try the Killer Burgers with it, there’s may be better since they have their secret peanut butter mix and other sauce.


I cooked up some jowl bacon on my Traeger. A pellet smoker is the best for doing bacon with no mess. I did the corn in my Instant Pot, 8 minutes on Steam and on warm hold about 10 minutes.
I decided to stay with plane Duke’s Mayo on both buns, the burger with PB, 2 slices of jowl bacon, 2 slices of Claussen’s dill pickles and added a slice of iceberg lettuce to the top.


I did the burgers 4 minutes per side and toasted the buns and added the peanut butter the last 2 minutes. I sliced up some muskmelon as a side. I got my burgers a little on the small side but was enough to eat. I liked them better than the wife did. The first bite I could taste peanut butter but then it was more like one flavor. I would fix them again. 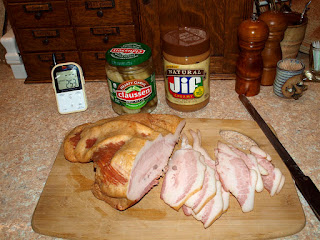 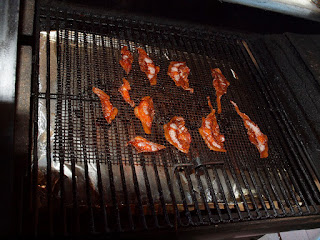 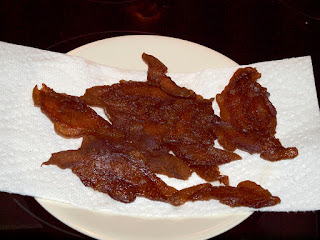 Burgers & buns on the grill 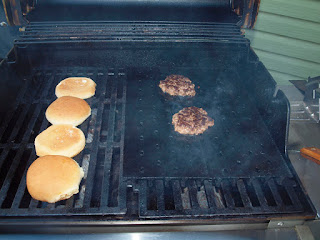 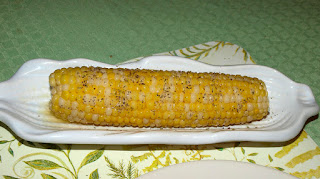 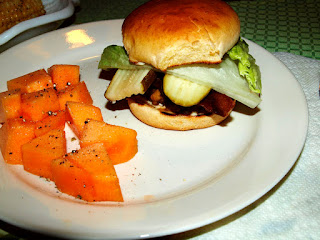 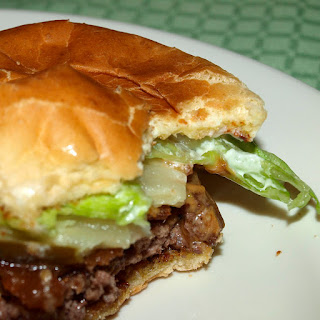