The Son cooked on his 36 inch Blackstone last evening for a little party. He called at noon and wanted to know if I wanted 2 burgers he had seasoned & made up, he said you need to cook them. I said yes and he brought them down. I had something special I had planned but that would wait until tomorrow.

They looked good and I had a green tomato left to use. I fried the burgers on my Weber Spirit and topped with some provolone cheese. I used some dark rye bread, not my choice but needed used up.
I just used Panko bread crumbs on the tomatoes and fried them in the skillet with olive oil. They came out better than on the grill.


The burgers were good, better than a lot of  mine! I’ll have to find out what he seasoned them with. 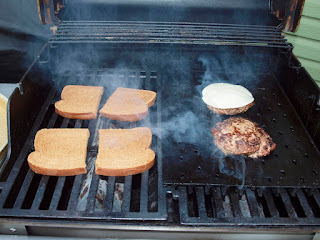 Tomatoes in the skillet 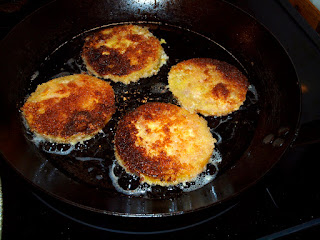 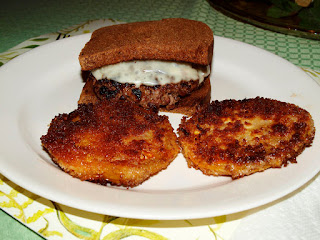