When I saw this had to try it. It is said to be from a guy called Josh Bush. It seemed easy enough, hollow out a pineapple, stuff with seasoned pork, wrap in a bacon weave and smoke until an IT of 160 deg.

First I had trouble getting the core out then with getting it wrapped with the bacon weave. I had so many tooth picks stuck in it it looked like a porcupine. Traeger had a recipe that said to smoke at 275 deg. for 4 to 5 hours. I thought too high a temp and too long. I did mine at 250 deg. and was done in 3 ½ hours to an IT of 147 deg. I pulled it then since the bacon looked burnt to me. It about fell apart getting it out of the smoker.

I had it stuffed with some seasoned pork chop. I had made some Zatarain’s butter garlic rice and sauteed some red, yellow peppers and onions to serve with it. We also had some bread and butter.

Well the bacon was burnt too bad to eat, the pork stuffing was too mushy from the pineapple acid.
Oh well the pineapple the rice, peppers, bread and butter was good! Next time I would just grill the pork and pineapple separate since they do go well together.

I doubt if I’ll ever try this again but any of you are welcome to try it!


I am sorry some bacon was harmed in preparing this meal! 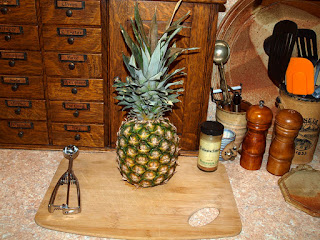 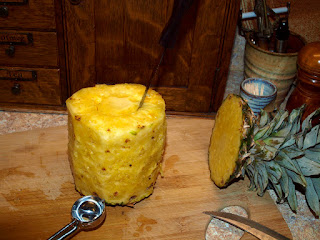 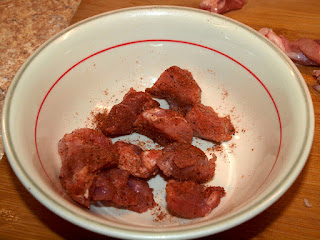 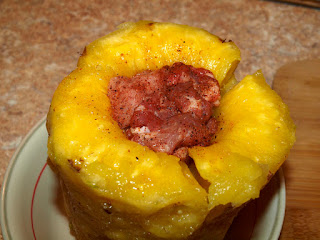 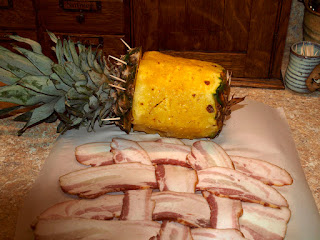 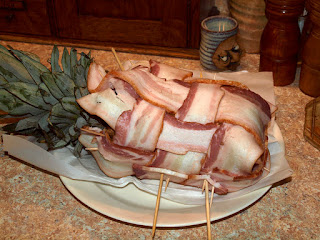 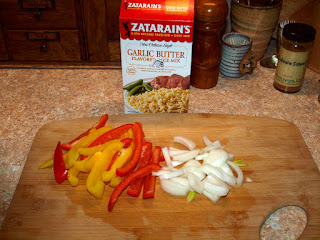 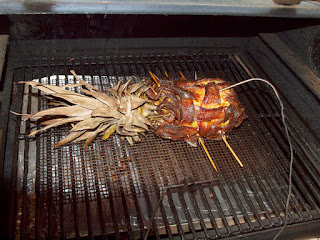 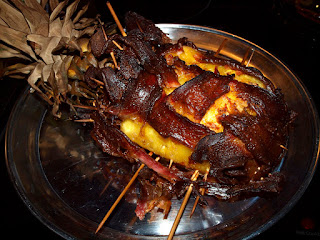 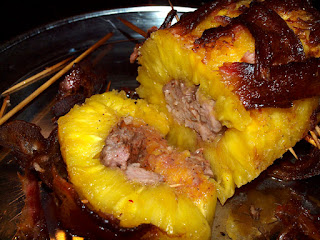 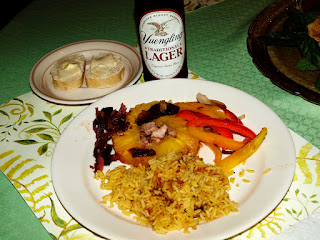