No I didn’t mean light food I meant light duty on the cook! I was also trying to get caught up on some summer food before it is over. One night we had a sausage patty and some jowl bacon for BLT’s. My wife thought it would be too greasy but she said it was good. I did the sausage and bacon on my Traeger.

One night we had spaghetti squash with shrimp scampi and that was good.

One of my favorite additions to sandwiches is potato chips, especially bologna and burgers. My favorite bologna is from my butcher, old fashioned bung bologna. Lay’s came out with a new flavor of wavy chips, fried green tomatoes that I like. I had two half inch slices cut for sandwiches. I cut all the way around the slices an inch apart and an inch toward the center. I smeared on a little mustard and added some rub.

I smoked them on my Traeger for an hour at 250 deg. Then I grilled them and toasted buns on my Weber gas grill. I made up the sandwiches, mustard for me mayo for the wife, topped with the fried green tomato chips and lettuce. Now that was a good bologna sandwich. 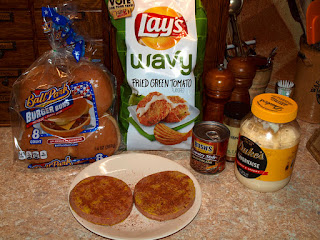 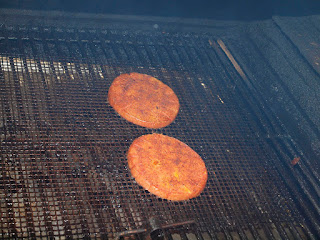 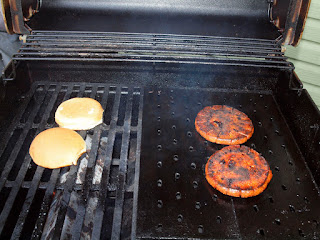 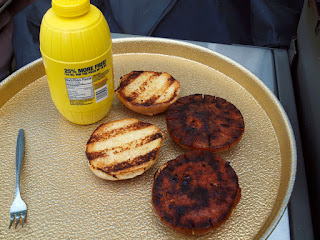 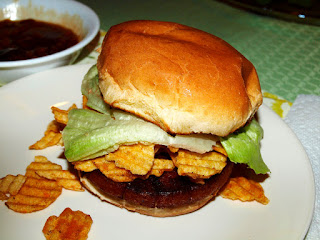 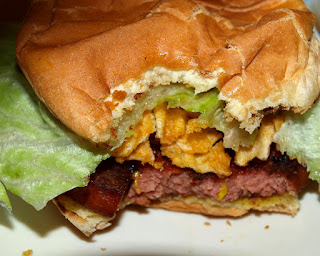