Pete's Tritip from his Cookbook

I received a free copy of Smoker Pete’s cookbook from his publisher and did a review of it here. I wanted to also pick out a recipe from it to cook and post. I chose a tritip since I have only made two before. I got a nice one that was frozen from my butcher. I didn’t get it thawed in time for overnight in the fridge but got it seasoned and wrapped in the fridge for 8 hours.

Pete recommended his Western Rub for the seasoning. I didn’t make a batch but used all the seasonings on my tritip and it was a great choice. I would recommend it for any beef.

I cooked some bacon this morning on my Traeger for topping a spinach salad I made for a side. My other side was some baby gold potatoes cooked in a cast iron skillet with butter and added coarse salt at the end.

The recipe for cooking the tritip was to smoke at 180 deg. for an hour and then got to 325 deg. to finish the tritip to an IT of 140 deg. After the hour of smoke and going to 325 deg. I heated up an 8 inch CI skillet with some butter and added potatoes to cover the bottom then placed it in the smoker.

The tritip hit 140 deg. and hour and 45 minutes total cook. It hit 142 when I removed it, took inside and tented with foil to rest for about 15 minutes. In that time I placed the skillet of potatoes on the stove to brown them up some and added some coarse salt.

We all had bacon on the spinach salad, the wife and I had some sliced hard boiled eggs and I also had some thin sliced onions on mine.

I sliced up some of the tritip and it was a perfect med. rare; the way I like it. I served it, the potatoes and spinach salad with some bread and butter. The grandson was here and I had to nuke his meat to get it brown! The tritip was very tender and juicy, nice smoke ring and Pete’s seasoning was just right!

This was a pretty simple recipe as far as prep and cooking goes but you can always learn something new. I found I really like Pete’s Western Rub seasoning for beef. I am sure I will learn more as I try more of Pete’s recipes. I would recommend this cookbook to anyone who has a pellet smoker grill. 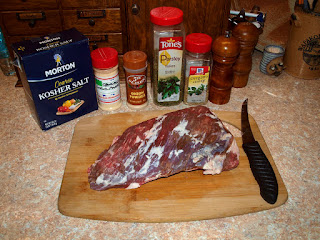 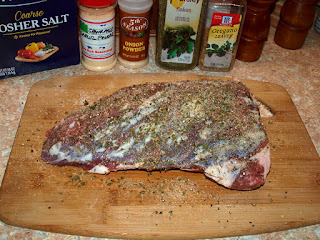 Wrapped for the fridge 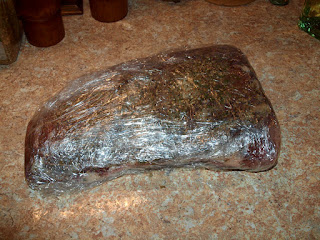 After 8 hrs. ready for the smoker 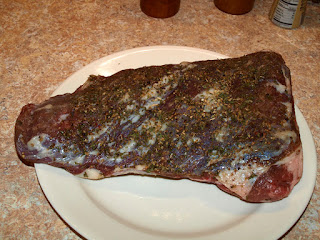 Bacon for the salad 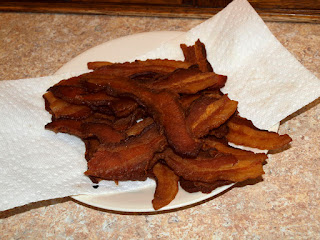 One hour on smoke 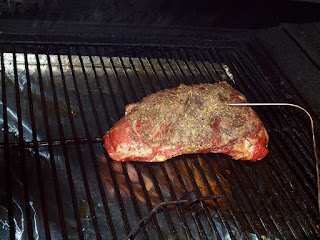 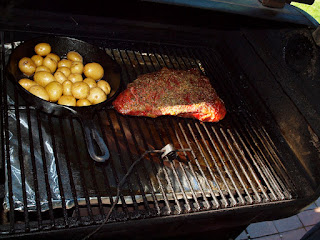 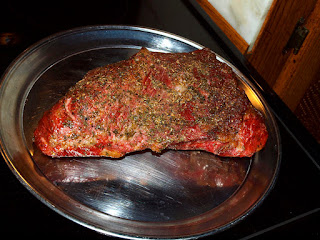 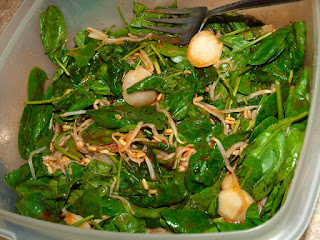 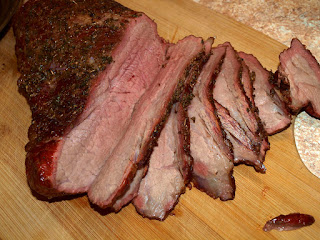 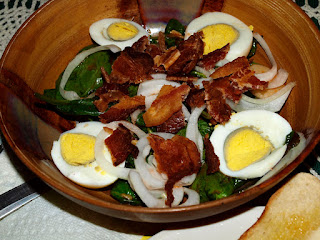 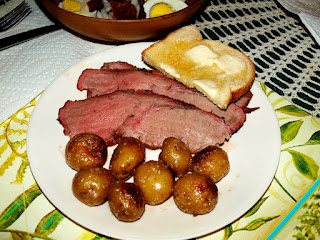