BLT's and Corn on the Cob

Every summer I anxiously await my first BLT with some good garden quality tomatoes. For quite a few years now a local produce stand has brought in early tomatoes from Tennessee about mid-June.  They are at least a month ahead of local tomatoes and they are good.

I went to my butcher to get some pork cutlets to have with fried cabbage for our supper. On the way I went by where the produce stand sets up to see if he had tomatoes yet. The stand was up but no tomatoes. When I went into my butcher here he had some Tennessee tomatoes for sale. My supper plans changed; I got two of the tomatoes $2.99 a pound and a pound of bacon!

It takes no genius to make a BLT but whoever paired these together was genius. The sandwich was made before the 1900’s but no record of who started it.

I went to the grocery to get bread or buns and they had corn in the husks that didn’t look too old. I got four ears and found some French Brioche buns that looked good.

I cooked the bacon, almost a pound, on my Traeger and steamed the corn in my rice cooker. When the corn was done I made up our sandwiches. They were made of some Hellmann’s may on the bottom, two layers of bacon, a tomato slice, a layer of bacon, some Romaine lettuce, a layer of bacon and some mayo on the top bun. We had butter, Penzey’s Sandwich sprinkle and parmesan cheese on the corn.

That hit the spot and now when my garden tomatoes are ripe and we have fresh local corn it will be even better! 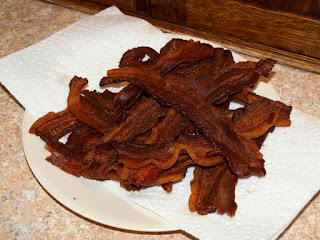 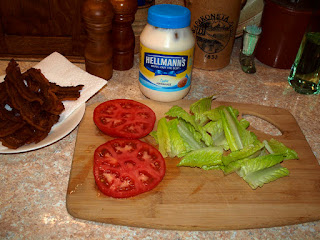 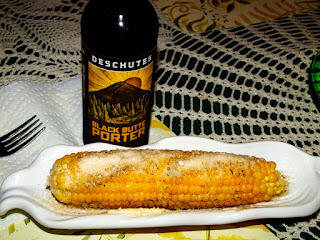 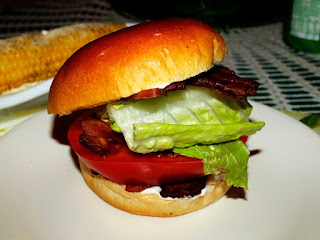