I had the idea to wind some bacon with brats on a skewer; I had some chicken brats from my butcher that my wife likes so I used them.  We were baby setting the grandson too and figured he would like them. I decided to smoke them for an hour and do the bacon for a half hour then thread them on skewers and finish on my Lodge hibachi.

Our sides would be some Zatarain’s yellow rice and fried baby corn. I had the charcoal going in the hibachi and finished the brat kabobs on it. After making the kabobs I coated with a little Savor Spices Super Pig Seasoning.  While doing that I had the rice done and started the baby corn frying in some butter. I had a little problem with flare ups from the bacon grease. If I do these again I think I would finish them on my Weber gas grill for lees flare ups or cook the brats and bacon longer in the smoker.

I served the brats over the rice and we had bread and butter too. Tasted good; the bacon flavored the brats well. My wife said these would have been good on a bun with some sauerkraut. I agree and next time will do some regular brats for sandwiches. 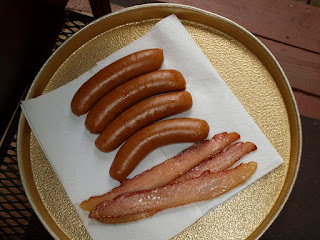 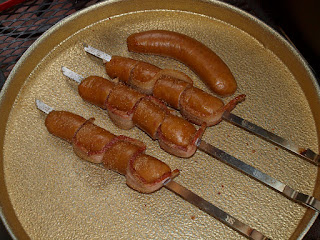 Browning on the hibachi 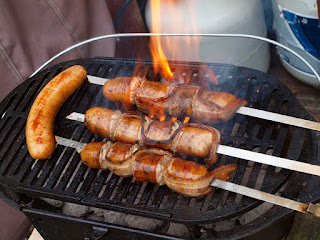 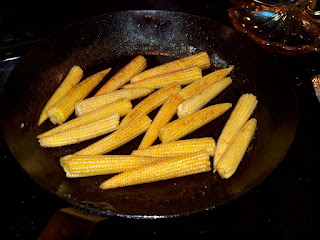 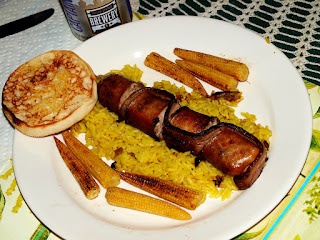