My wife was off at noon to get her hair done then to eat and see Crystal Gayle sing. It was a cold rainy day so I gave my CI Dutch oven and my chicken fryer an oven re-seasoning. I had some thin sliced ham thawed, enough for two toasted ham & cheese sandwiches so told the wife we would have those for supper.

Some soup would be good too, she likes onion soup and I like potato soup so the cook ruled and I fixed some Potato-Onion soup! I had bought 2 pounds of Baby Dutch gold potatoes. As usual with potato soup I just wing it with no recipe except for in my head.

I used my CI chicken fryer to make the soup. I was doing well with the photos but never got a shot of the finished soup in the pot. I think it was about the time I added the half & half then was getting my wife’s sandwich going; she was talking to me and I remember saying to her, “if you want a burnt sandwich keep on talking”! I do not multi-task well while cooking!

The sandwiches were the sautéed ham, two slices of Swiss cheese, on sliced Italian bread and toasted on my 10 inch CI griddle with some olive oil.

I diced up the bacon and started browning it at 4:30 and we ate on time at 6:00PM. It was tasty, we both liked the soup. I think this is the first time I used gold potatoes for potato soup, I thought the Baby Dutch had a very earthy good taste to them.

Browning the bacon
removed for later 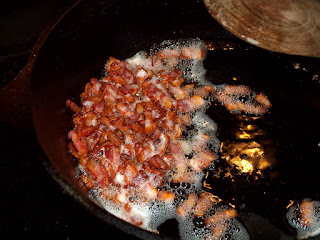 Poured off all but 1 Tbs. of bacon grease
added 4 Tbs. butter 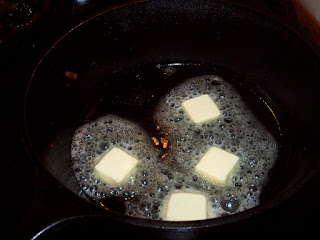 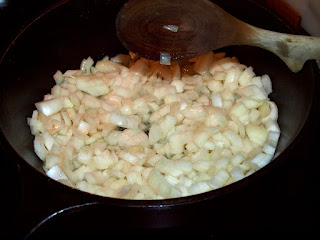 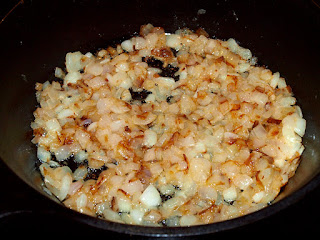 Stirring in the flour 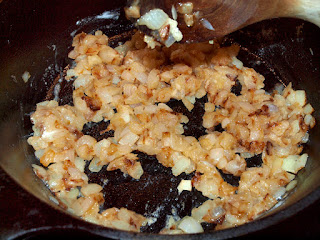 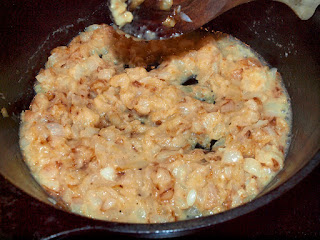 I added the potatoes and simmered 20 min.
then removed about a cup and mashed to add
back in 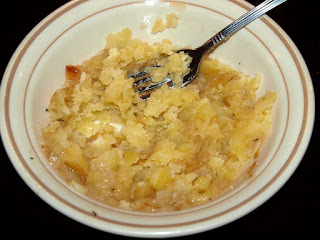 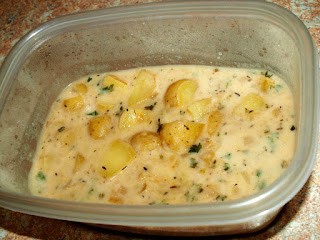 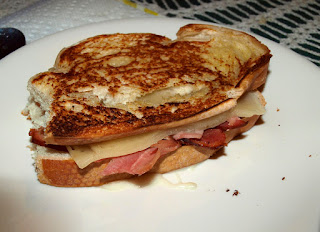 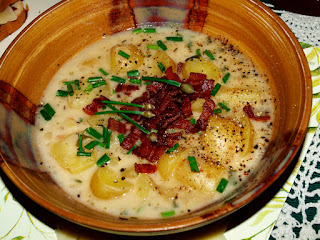