I wasn’t going to post tonight’s supper; I had some taco meat leftover to use and was having soft corn tacos. I needed some sour cream and shredded cheese so while at the grocery I picked up a can of yellow hominy to have as a side.

I have always just fried the hominy in butter with salt and pepper and liked to have a ham steak and fry the hominy in the skillet after frying the ham. I don’t know why I never thought of trying it in a different way; I guess I have been in a hominy rut all my life! I searched on hominy recipes and there were a lot of them for hominy casseroles. I looked at 4 or 5 and they were all similar. Most recipes called for two cans of hominy and I just happened to have a can of white in my cupboard.

I got my casserole in the oven and then prepared the tacos. My casserole could have baked a little longer; it was not browning up but was nice and bubbly.

The taco meat didn’t have onions in it so I sautéed some onions in a little olive oil added the taco meat and some Heinz Chili Sauce to moisten. I toasted the corn tortillas on my CI griddle and made them up for the wife and me; some taco meat, shredded 4 blend Mexican cheese, lettuce and sour cream.

That was pretty good for leftovers and was glad I found a new way to have hominy and thought it was good enough to share! 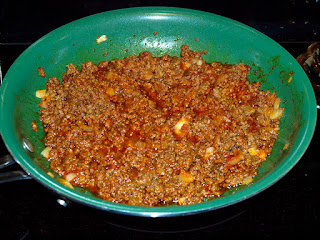 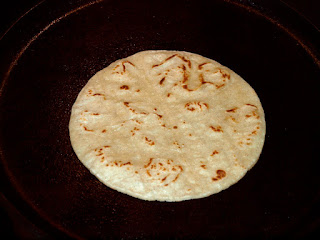 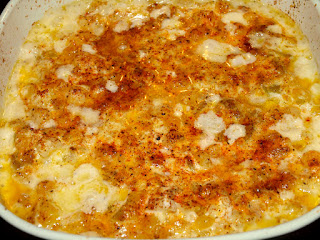 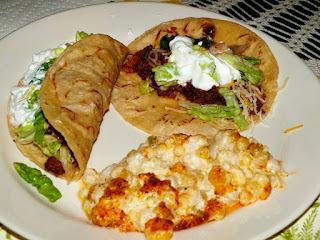