My wife is in the Little Sister program at school. She goes twice a month to eat lunch with a 6th grader. For the end of the year they had a bus trip to see a minor league ball game so she was gone most of the day.

I had bought a chuck roast, just less than 3 pounds and wanted to do it today. I had done one this winter using black porter beer in the Crockpot that was good. I decided I would smoke it for 2 hours then sear it in a CI skillet and then in a Crockpot to braise all afternoon in the beer.

Last night I placed the roast on a rack and coated both sides with kosher salt. It was in the fridge just over 8 hours for a little dry cure. This morning I added some ground coffee and ground black pepper to both sides. It went on my Traeger at 190 deg. for two hours of smoke.

I had to cut the small piece off to get it in the skillet and seared both pieces in a little grape seed oil 3 minutes per side. I let it rest while I used the skillet to sauté some onions and garlic.

I coarsely chopped 2 ½ med. sized Vidalia onions and 4 cloves of minced garlic. They went in the skillet with a pat of butter, salt and pepper and cooked until the onions were just getting a little brown. I then added just enough of the beer to deglaze the skillet and then poured all into a Crockpot. I placed the roast on top; I just had enough room for one layer after cutting the small piece in half.

I added my Deschutse Black Porter to come near the top of the roast. It was on high about 45 minutes and then went to low for 6 hours. I skimmed off most of the fat then I removed the meat and was so tender had to use a spatula. I removed most of the fat, did a coarse chop and back into the pot and turned it to high while I made a side.

As is this would make a great French dip served on a crusty roll. I had some COWB, cheap ole white buns, on hand so that’s what I used for my sandwich. I had some Fiesta lime corn left for a side. I first coated my bun with some olive oil and toasted in the skillet. Then I diced a slice of bacon some onions and green peppers. When the bacon was getting brown I added the onions and pepper and then the corn and fried for a while.

I had a big scoop of the beef on my sandwich with some mustard and the corn on the side. That was a mighty good sandwich! I think the coffee did add to the flavor.

When my wife got home she was still a little hungry so she had a small bowl of the beef and what corn was left. I asked what she thought of the beef and she said great flavor! 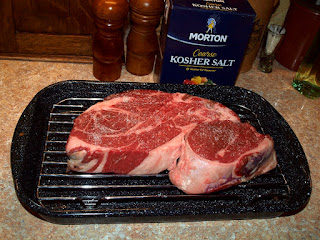 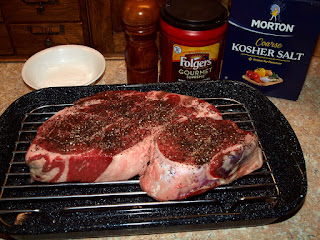 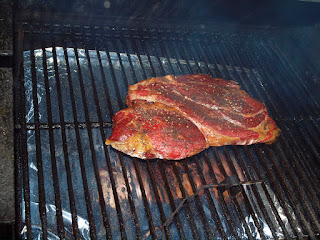 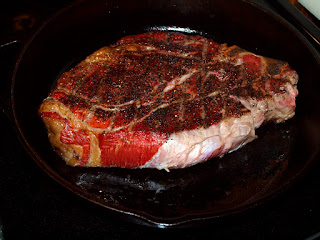 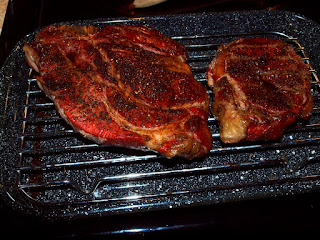 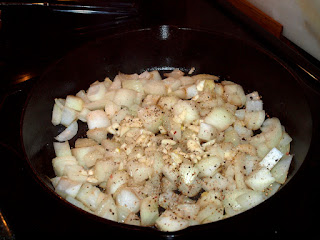 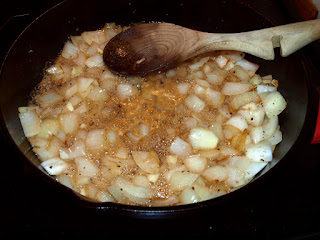 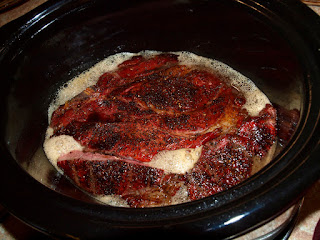 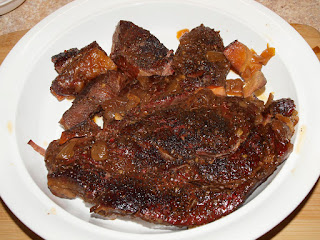 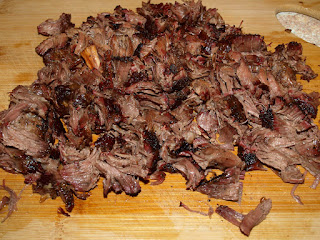 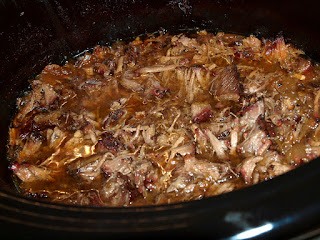 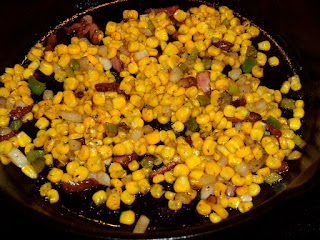 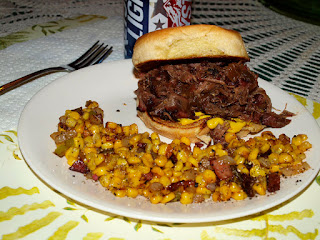