Here is a tasty breakfast and brunch omelet. The other night I was hungry and had some corn tortillas on hand, I thought throw it in a skillet and top with an egg, fold over omelet style. I don’t remember if I saw this somewhere or just a new idea.

I heated a skillet with some olive oil spray on med. high; added the corn tortilla and after a minute turned it over. I added a beaten egg, some shredded cheese, salt and pepper, and covered with a lid until the egg was setting up some then folded like an omelet. I cooked it a little more on both sides. It made a great mid-night snack.

I am waiting to see if it’s dry enough to mow grass, since it rained last night. The wife came home from exercise class at the Y and I ask if she wanted to share a Taco omelet. I made up one and used two eggs, added some chopped onions and red pepper, bacon bits, shredded four cheese Mexican and some garlic salt. We split it and had some salsa on top.

It tasted great and if I was doing several I would just use one egg. If you like the eggs more runny use two but I like the eggs set up more. Two of these and some bacon would make a fine breakfast.

I just checked and it is a misty rain so mowing will have to wait until tomorrow. I just searched the net and there are a lot of recipes out there for taco omelets. 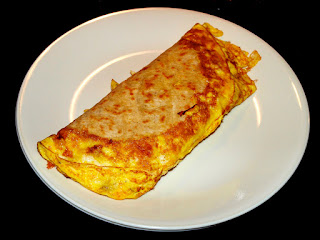 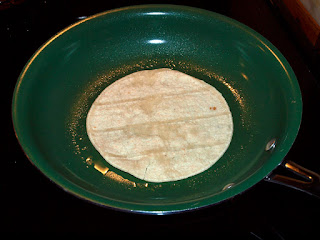 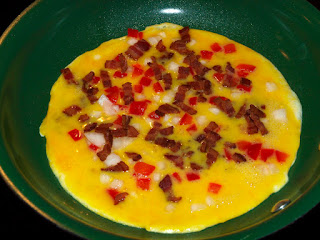 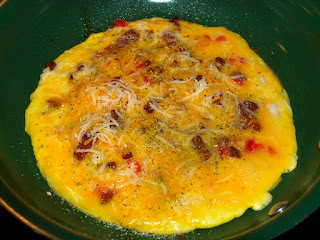 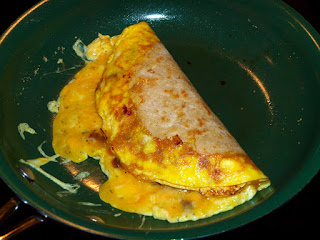 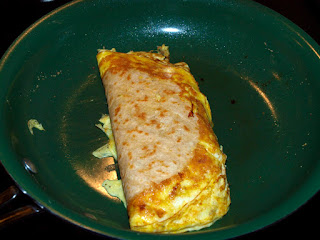 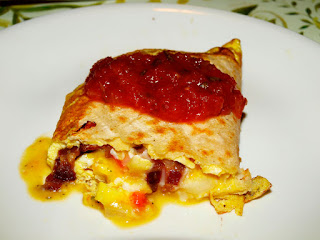