It’s 11 PM here windy and snow flurries! It was a cold rainy windy day today. Yesterday was a nice sunny day, almost shirt sleeve weather. I went to see my back surgeon for the first time. We decided on an operation to fix my ruptured disc. He said there were some therapy options that may work. I am too old to mess with something that may work; I want it fixed as soon as possible. That turned out to not be too soon, at first they said I was looking at Jan. the 6th. I said I didn’t want to wait that long and then they said we could do it Dec. 15th.

Last evening was our trick or treat night from 6 to 7:30 PM. My wife dressed up in her witch outfit and sat on the front porch to hand out candy. We only had about half the kids we usually do.

After lunch today my wife cleaned house and I made some corn bread. I had a nice slice of ham from my butcher, my wife was going to cook and have ham and hominy. The corn bread would taste good with it.
Ham and hominy is a kind of joke here with me and the kids.  Back when the wife was doing all the cooking and she fixed ham she always had hominy with it.

For the cornbread I used my favorite, Miracle Maize sweet box mix and did it in my old Wapak cast iron skillet. I used some low fat buttermilk instead of 2% milk in the mix and. I folded in 5 sliced green onions for a little added flavor. I added bacon grease to the skillet to bake. It turned out great, had a nice crisp edge and bottom.

My wife didn’t get done cleaning the house until 4:00. I knew she was tired so I told her my leg was doing good so I would cook. This is an easy meal to do if cooking for 2 to 4 and cooks in about 30 minutes at the most.

For the potatoes I used canned sliced new potatoes, they have a distinct taste and we get hungry for them once in a while. I did them in some olive oil in my Lodge steel skillet on med. high. After they had been on about 5 minutes I browned up the ham in a Lodge steel skillet in a little bacon grease about 2 minutes per side then on a plate and covered in the microwave, it’s above the stove so a nice place just to hold things while cooking.

I added a can of drained yellow hominy to the skillet and browned it up. I then turned the heat down to low, added the ham back in and covered until I got the potatoes browned up. I added a little of my hickory bacon salt to the potatoes.  I served it with some Kerry Gold butter topped corn bread.

It probably was not the healthiest meal but it sure did taste good; especially with the bacon flavor all through it! 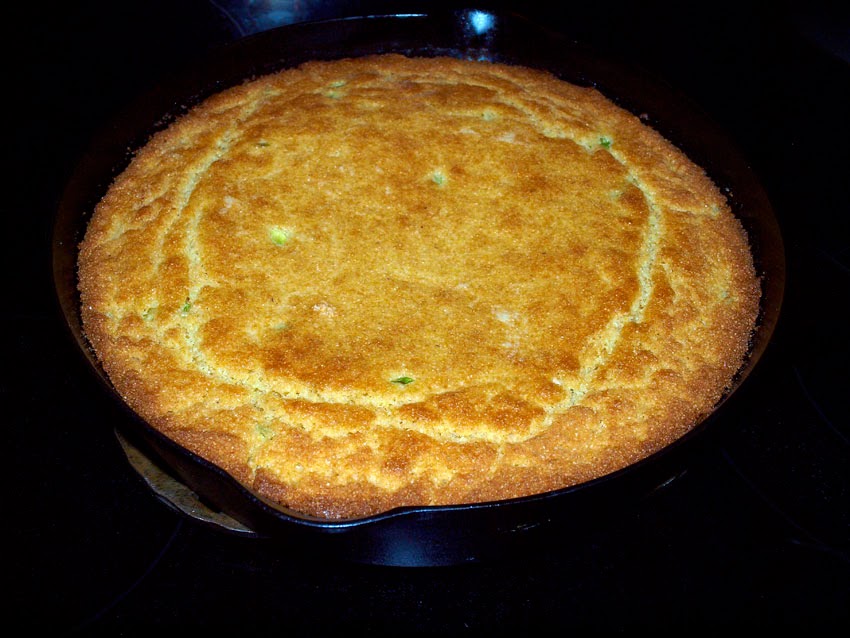 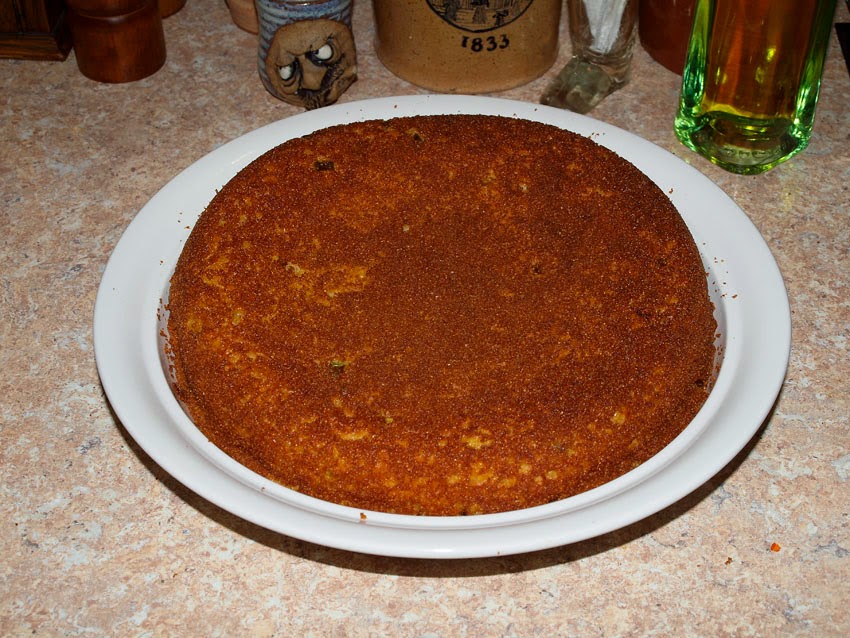 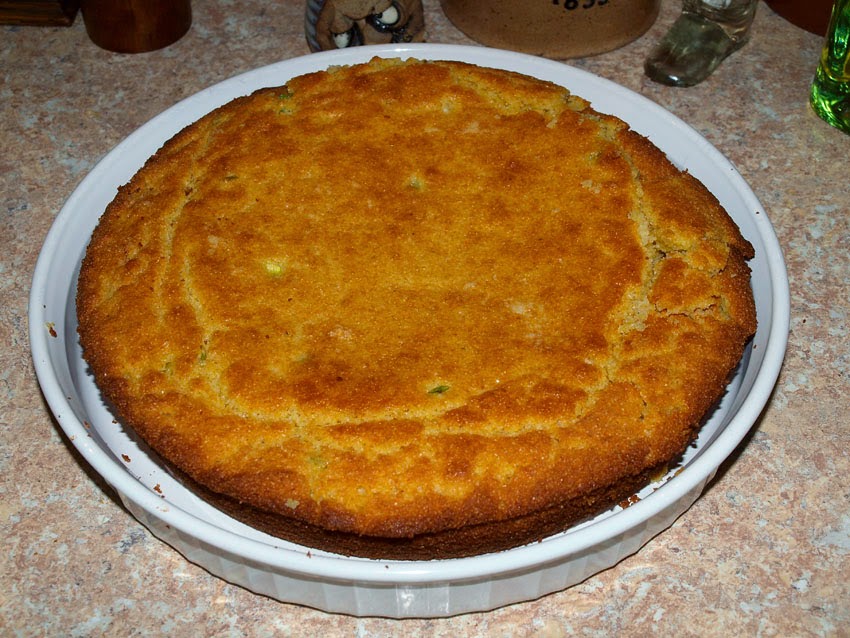 Cutting the ham, leftover for beans 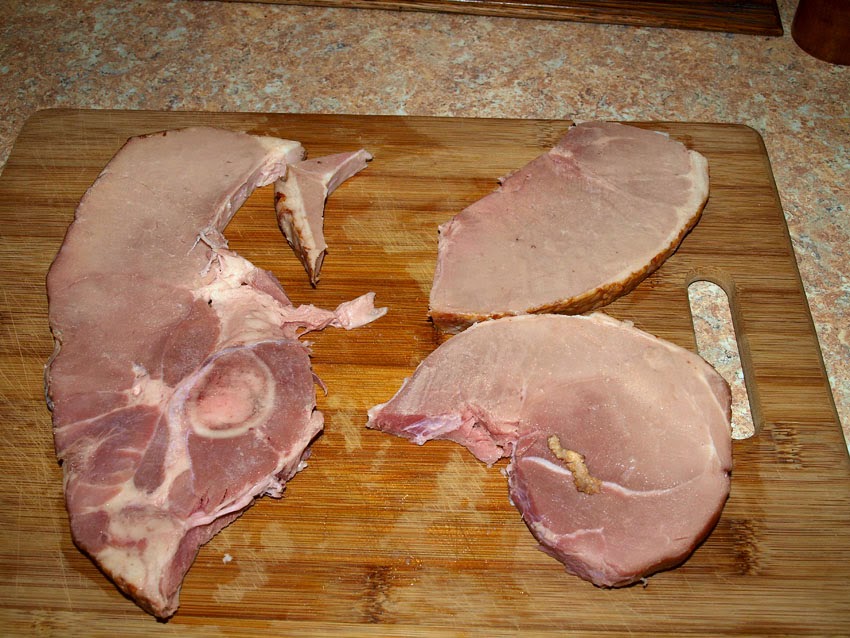 Browning the ham some 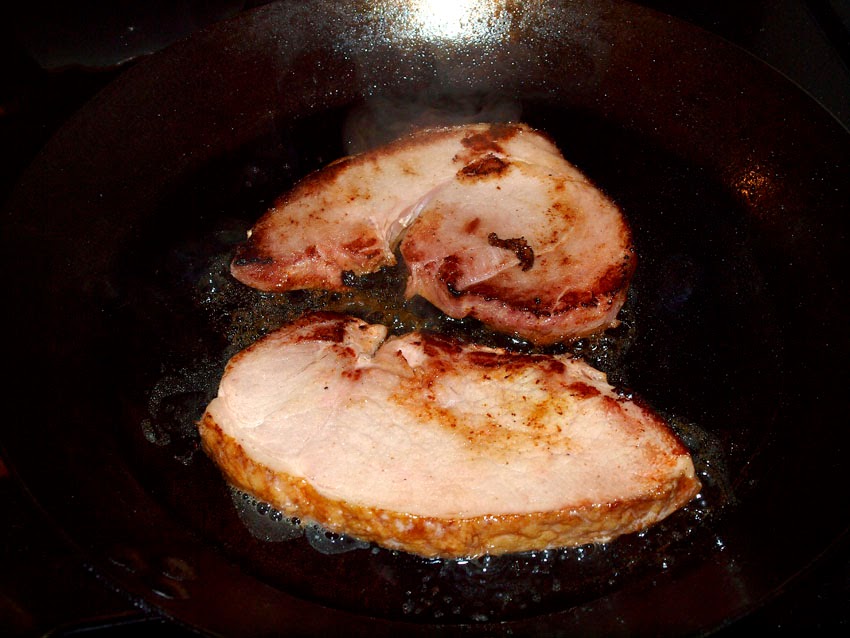 Getting the potatoes crispy 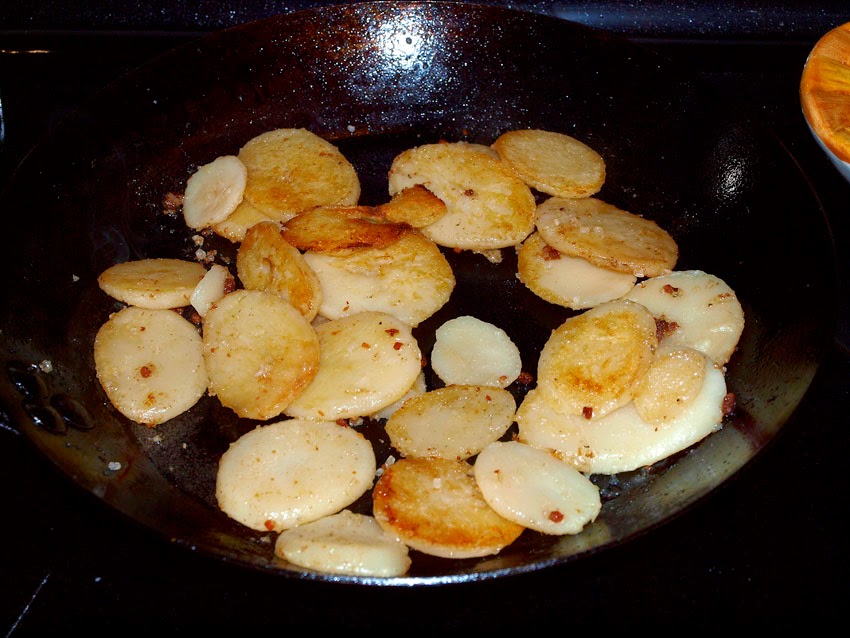 The ham and hominy 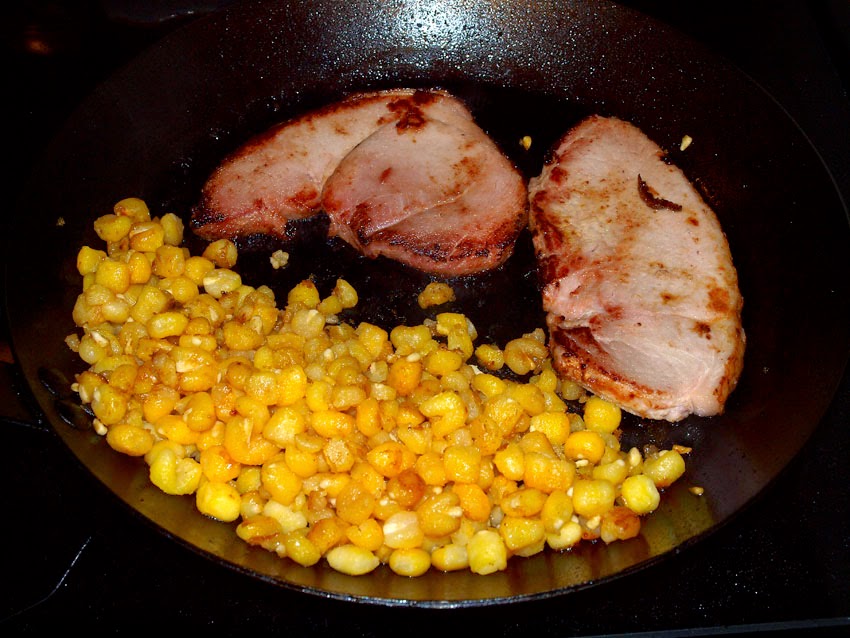 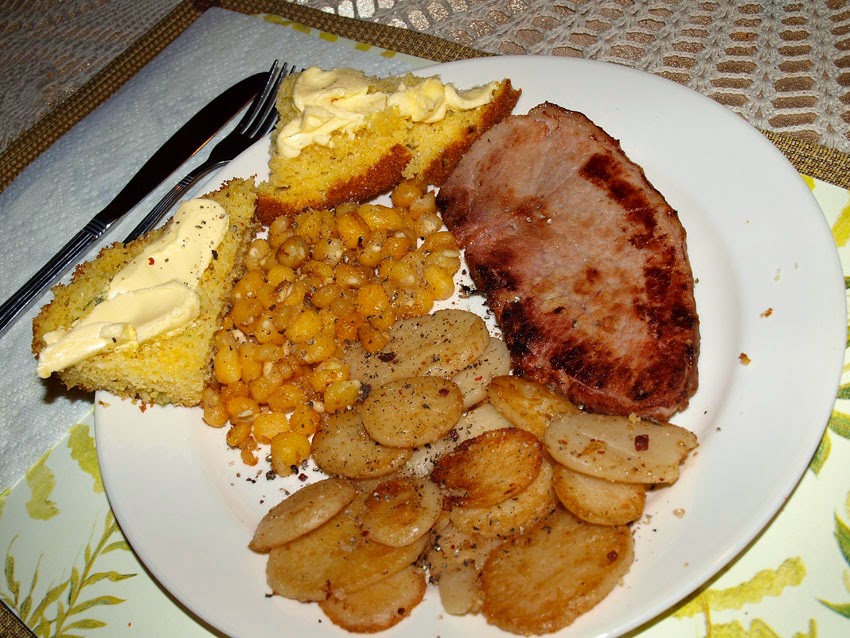