I thought tonight’s meal was one of the best tasting comfort meals I have cooked lately; if I do say so myself! I looked forward to cooking this meal. For one thing I had some homemade pierogies my daughter’s mother in law and church ladies made. They were frozen with a little cup of their onion butter sauce about ¼ cups.

The other thing I had read the proper way to cook polish sausage was to poach it in liquid, water, beer or broth, for 35 to 45 minutes and then browning. It said to not boil but just a slow simmer. I had usually done them close to this by covering half way and boil until the liquid was gone and let brown.

My Polish sausage was some fresh ones from my butcher that were frozen. I had a take home and bake Tuscan Boule for my bread and would steam some cabbage for a side. The steamed cabbage made the meal sound a little healthier to me!

I had the sausage and pierogies thawed. I did the sausage the slow way in beer and turned half way through then poured off the beer and browned them up.

The pierogies I boiled for 5 minutes and then drained them. I heated my 12 inch steel skillet on med. high, with 5 Tbs. butter, chopped onion and the sauce that came with the pierogies. I turned the heat to med. and browned the pierogies about 8 minutes per side. The pierogies were served with some of the onions over and some grated parmesan, Romano, and Asiago cheese blend. I had some sour cream with mine and bread and butter.

Did that ever taste good, the sausage was just right, tender and moist. I finally learned the right way to do fresh Polish sausage. The homemade pierogies were definitely better than the frozen ones I usually have! 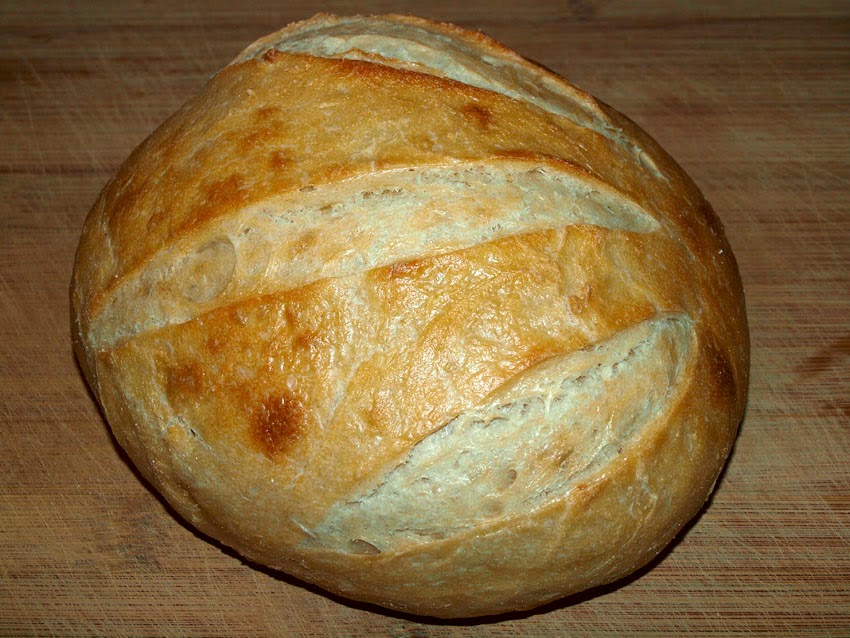 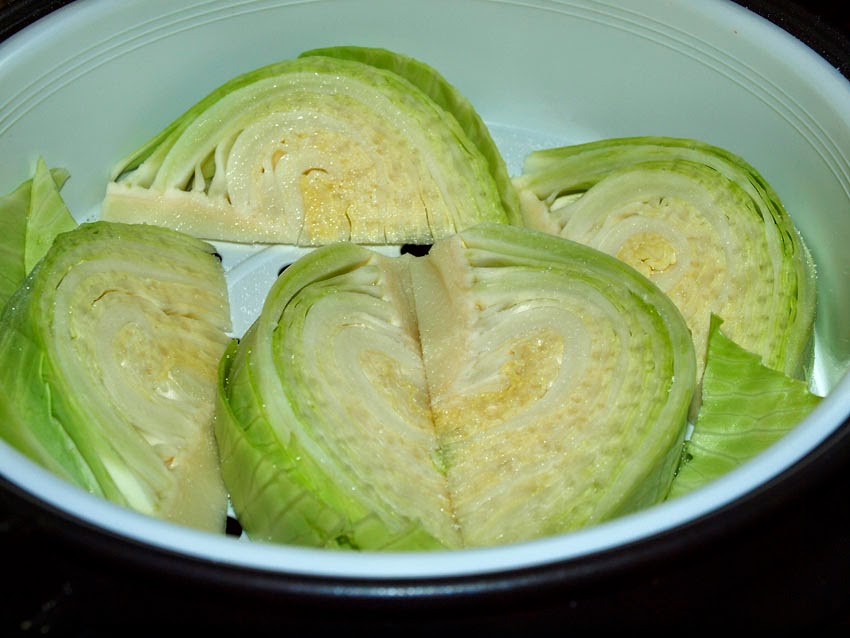 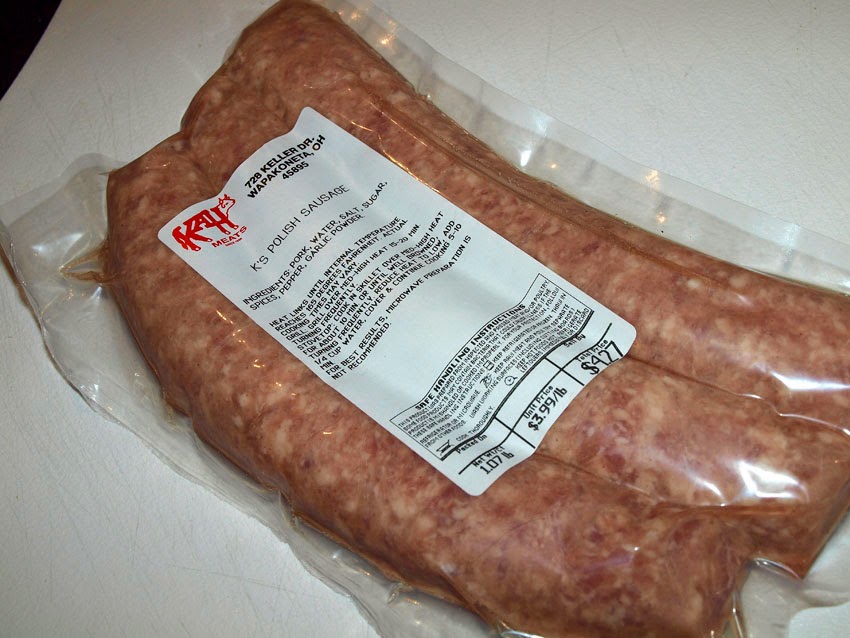 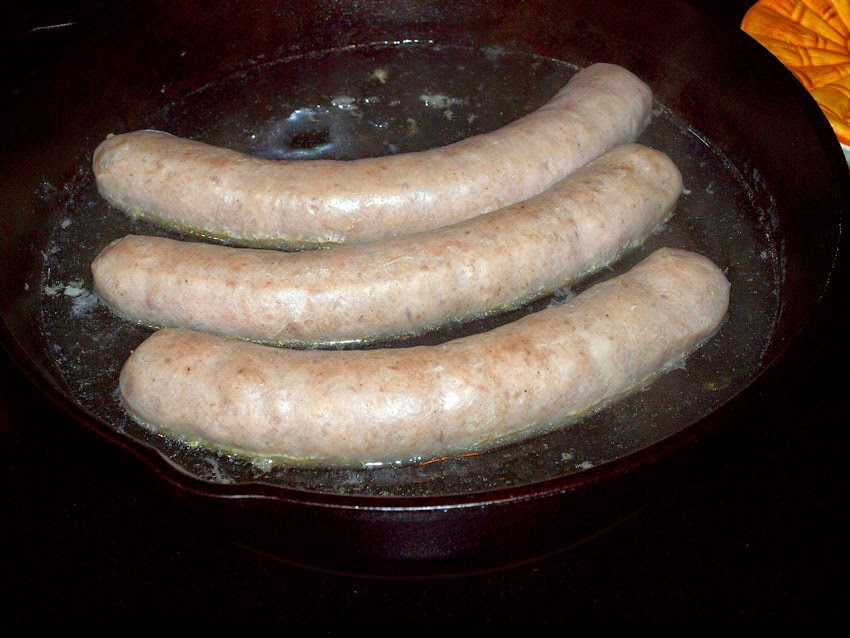 Pierogies, one side browned 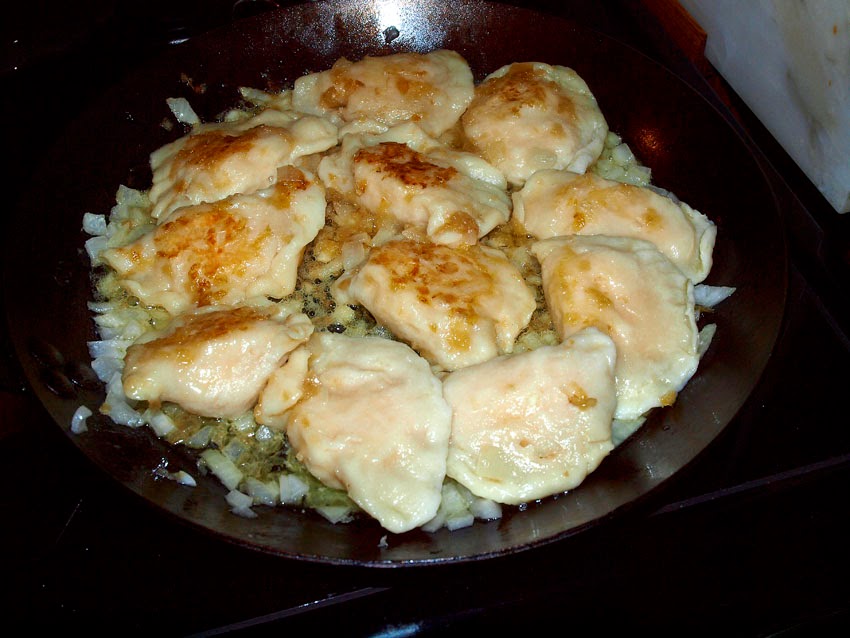 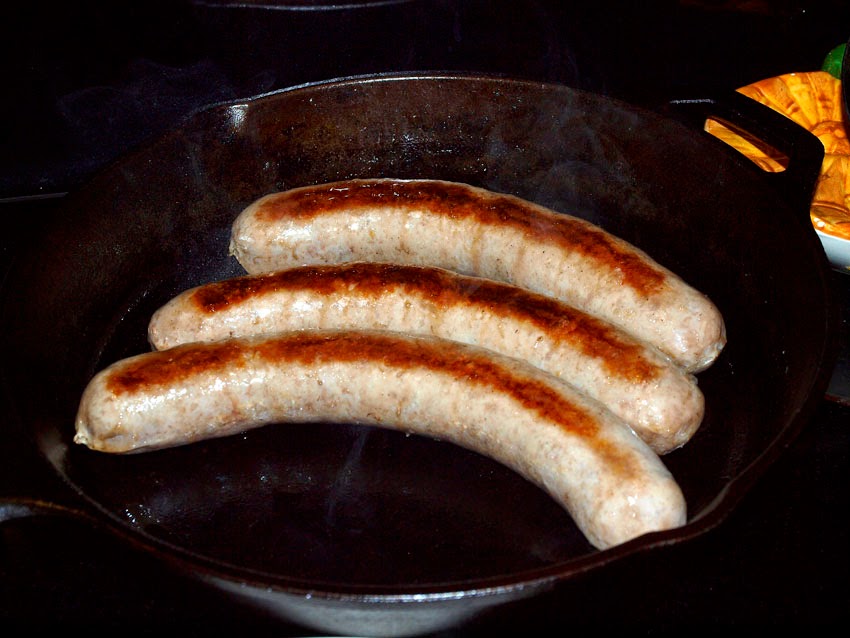 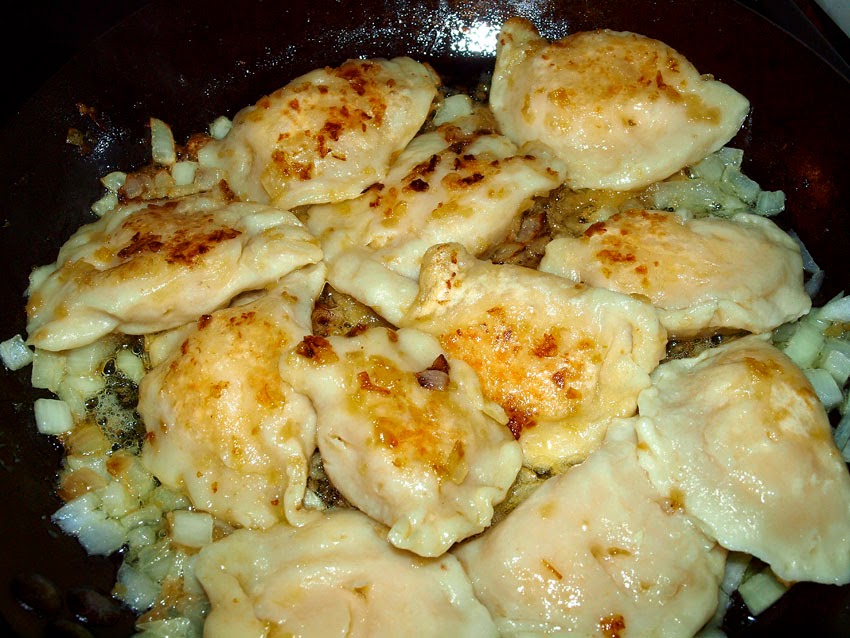 My supper, I ate it all! 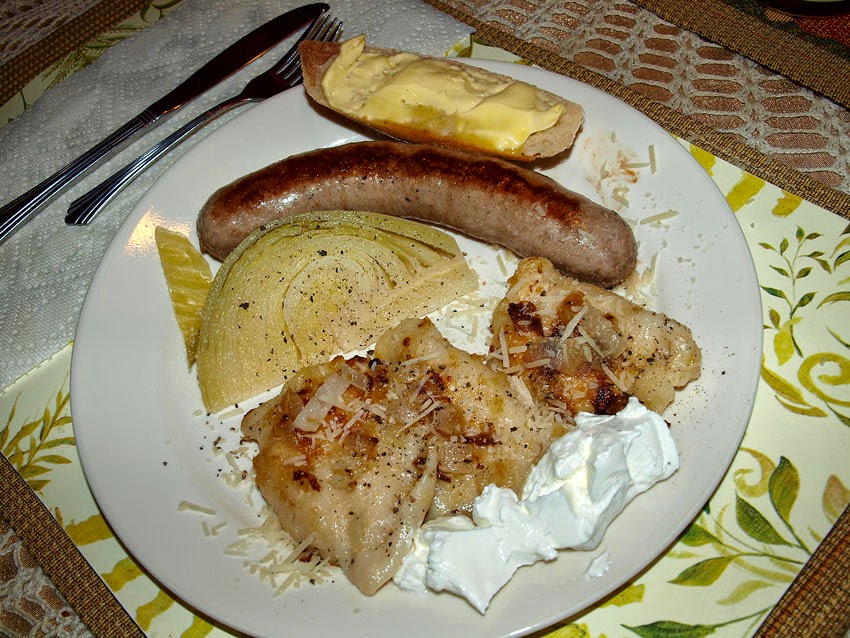