I have had this recipe saved for a long time wanting to try it. It is true comfort food best enjoyed in cool weather and it is time now. RouxBDoo is a food critique and blog writer and has some great recipes at RouxBDoos Cajun and Creole Food Blog, Nola Cuisine and New Orleans Cuisine.

I had a recipe from Food52 that would go good with the chicken, Cornmeal Flatbread. It called for using Manchego cheese in it and on top. I could not find Manchego or Asiago locally so I used some 4 cheese Mexican blend instead. Mine did not turn out that great, it looked good but was more like baked mush or polenta. I didn’t get it cooked down thick enough and I had it too thick to bake right. It did taste good though.

If you want to try cornmeal flatbread just search on it and there are plenty of different ones to choose from. Mine was mainly just milk and cornbread cooked and supposed to be ¼ inch thick. Some have flour added and baking powder or yeast.

I followed RouxBDoos recipe for the chicken pretty close, for the seasoning I only used 1 Tbs. of Cajun seasoning and no cayenne, dried garlic flakes some onion flakes, a little heavy on the Italian seasoning blend and black pepper. I only had time for the chicken to be seasoned and in the fridge for an hour instead of two. I used chicken stock in place of the water and chicken bouillon cube. I browned the chicken and left out of the pot, removed some of the grease, sautéed the onions and garlic then added a little stock to deglaze the pan then the chicken went back in with all else.

After the chicken had been in the oven I set it on a burner and let it simmer while I made some mashed potatoes with a half stick of butter and a little buttermilk to thin some. I nuked some frozen buttered Brussels sprouts for a side. I skimmed off some of the fat before serving; it had plenty in with the oil and butter I fried the chicken in and the fat from the chicken skin.

I had the chicken on the side and some of the broth over mashed potatoes, the sprouts and the cornmeal flat bread. The chicken was fall apart tender and delicious as well as great broth. I will be making this again but may opt to take more time and remove the chicken when done, pour the fat off the broth and make good gravy. I may even debone the chicken to add back in. I don’t think many would eat the skin anyway. 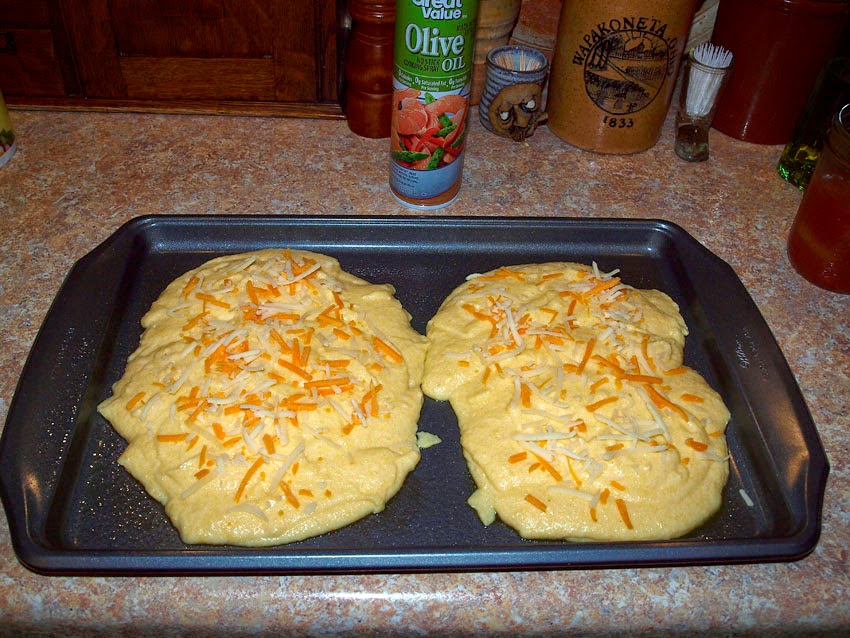 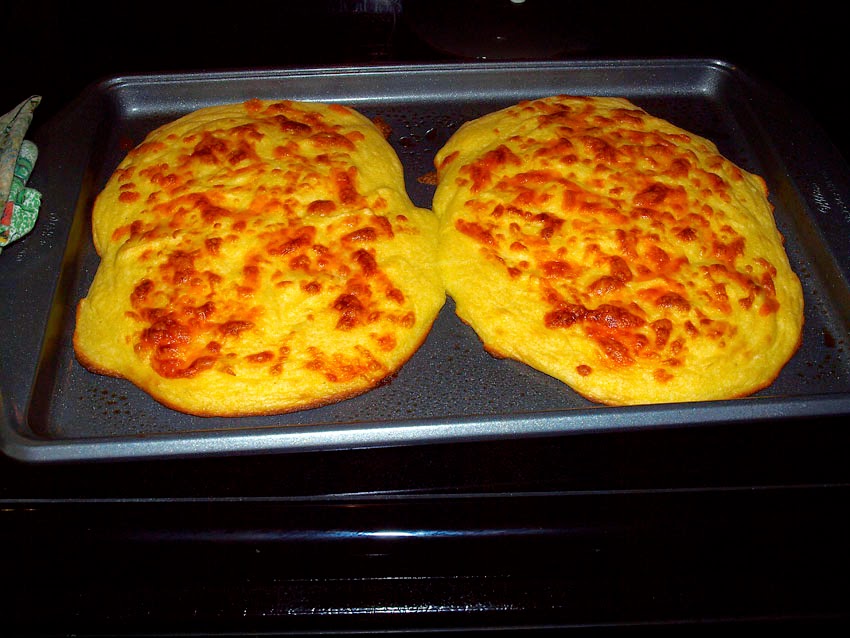 Seasoning for the chicken 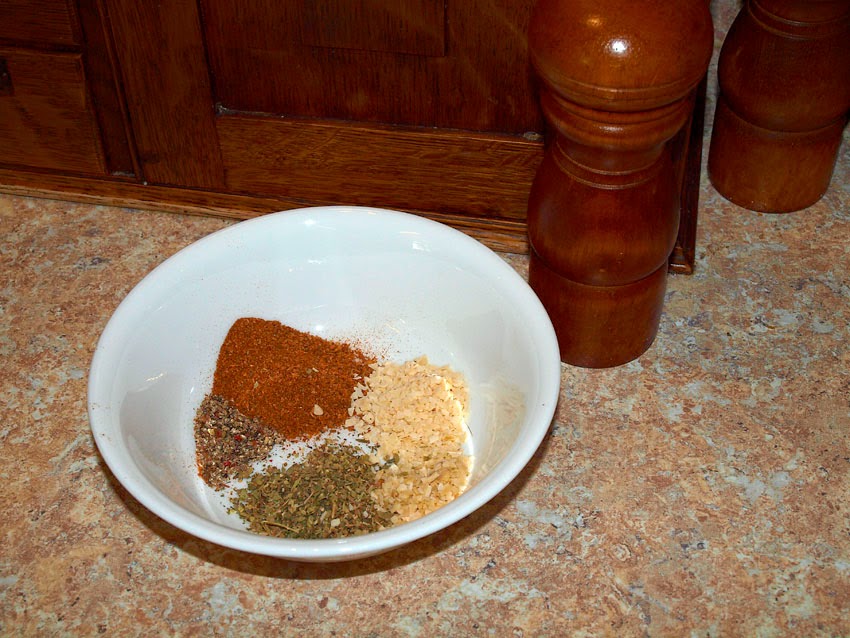 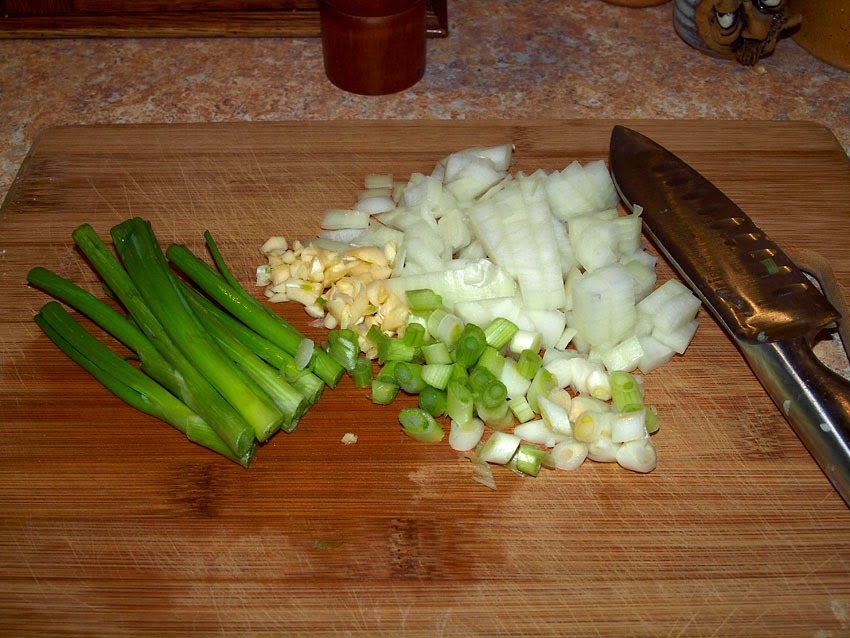 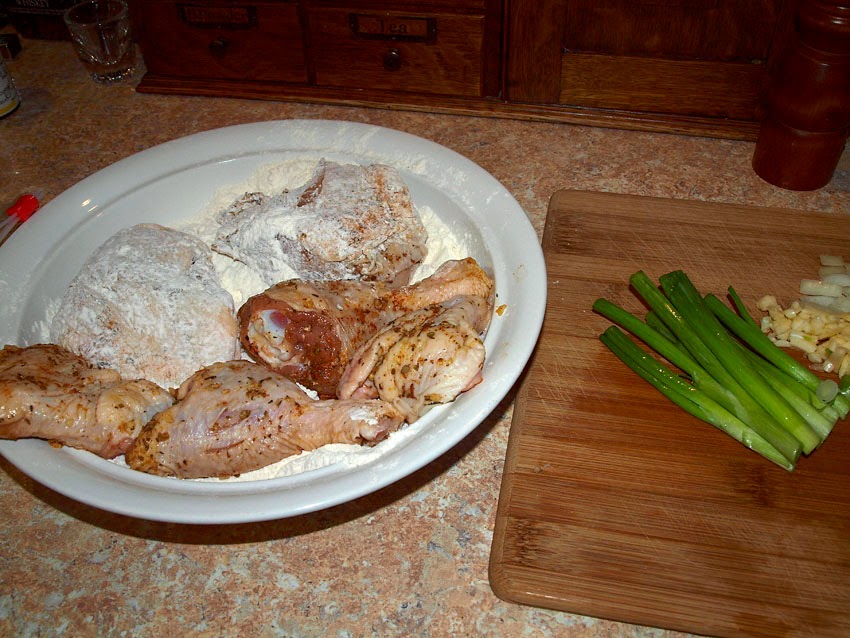 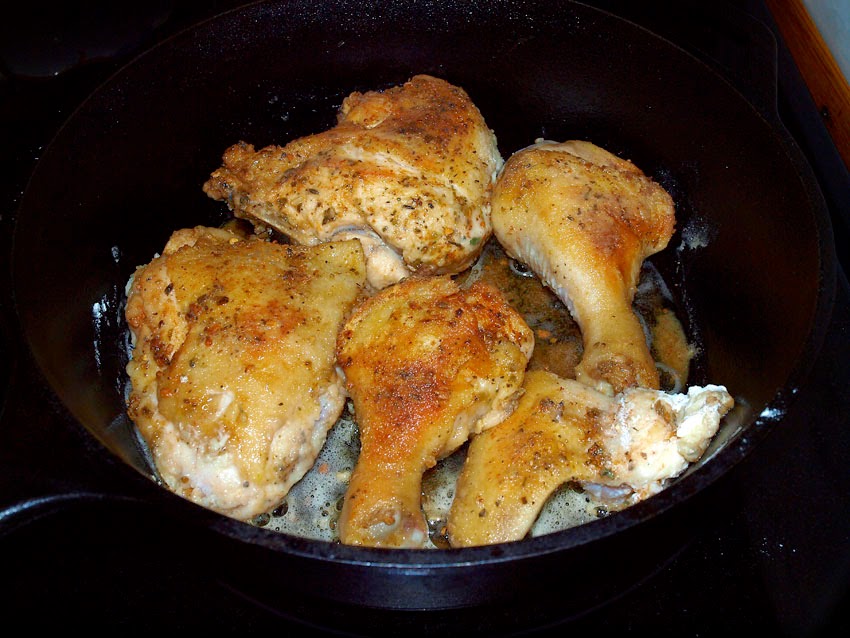 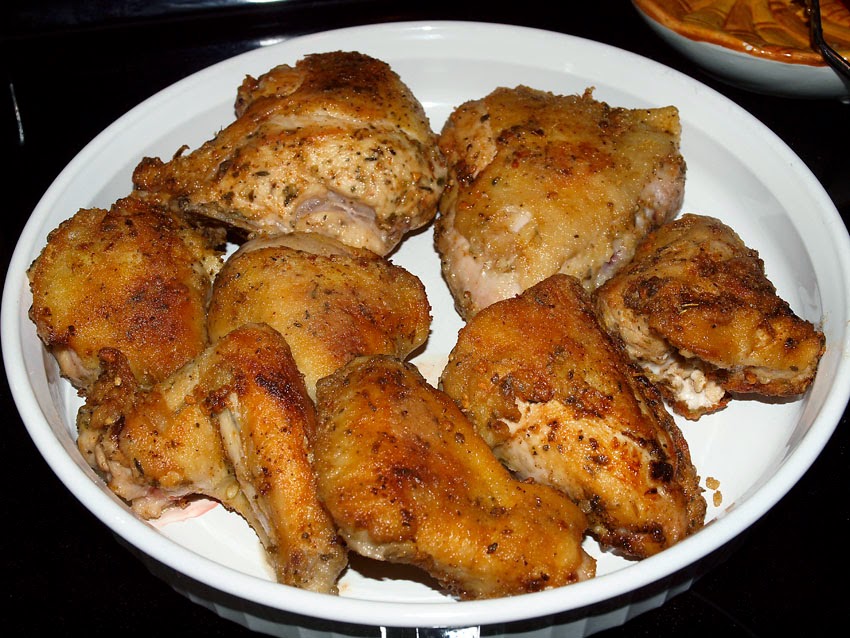 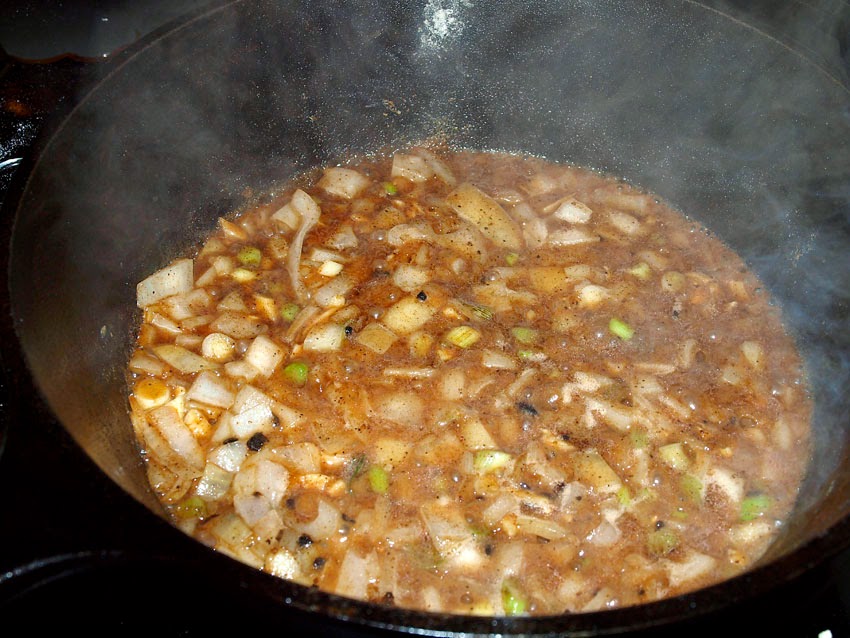 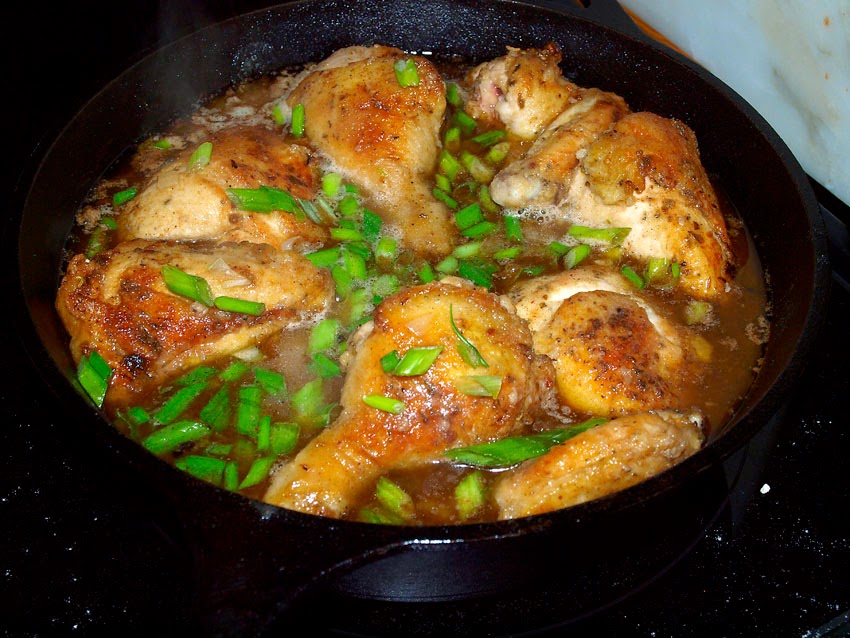 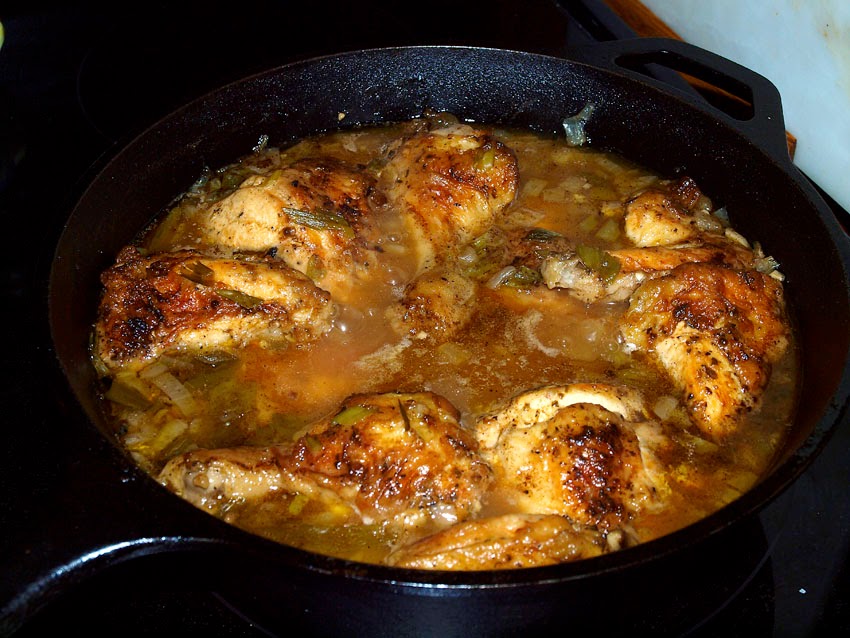 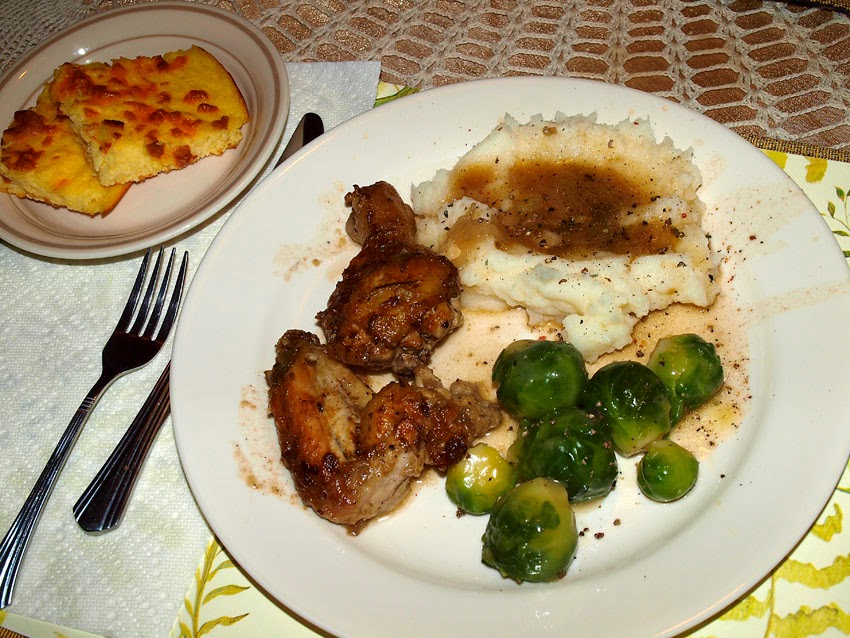