When I found this recipe at Kitchenconfidente.com I knew I had to make it. Shrimp and grits are a favorite dish of ours. Liren, owner of the food blog had a nice twist to her dish with the addition of smoked sausage and cooked in a half & half cream sauce. For her cheesy grits she used aged sharp cheddar. I had a bag of shredded mild cheddar that needed used so I used it and some grated parmesan cheese. Next time I will use sharp cheddar.

I had a pound of Key West wild caught pink shrimp to use. I had them thawed out so cleaned them early. I had bought medium shrimp but next time I need to look at the count per pound. I would call these small, the count was 51 to 60 per pound and I had a bag with 60 in it! I had a garlic loaf of take home and bake bread so got that baked early too.

The recipe looks complicated but when you get all prepped it goes together pretty quick. I had everything prepped and got my grits on cooking. The recipe called for 3 cups chicken broth and 3 cups milk to one cup coarse ground grits. I usually only use 3 to 3 ½ cups liquid so I used 3 cups chicken stock and 1 cup of milk.

The kids dropped off the grandson while they went to meet his teacher and see how he was doing in school. He ate supper with us.

After the grits had been simmering for 15 minutes I heated up the skillet to cook the rest. I got the onions and celery in cooking, added the sausage to brown up. I then added some Penzey’s Cajun seasoning, salt and pepper. I added the half cup of white wine to deglaze the pan and let cook a few minutes while I stirred the cheese in the grits. I added in the shrimp and stirred then added the butter and half and half slowly and let cook a few minutes.

I must have been hungry since I forgot a pic of the skillet with the sauce when done! I didn’t want to overcook the shrimp so got it served up pretty quick.

I served the sausage and shrimp over the grits with some of the sauce and garnished with some dried chives; we had bread and butter on the side. I served the grandson and then the wife; she said it was good before I got mine served! The grandson like it and ate a nice bowl of it. It was delicious; the wife said she would give me an A1 on it!

The kids stopped back to get Gavin and go eat. I offered them what was left. I had plenty but they went out; they don’t know what they missed! The grandson stayed here until after they ate. He had some good food! 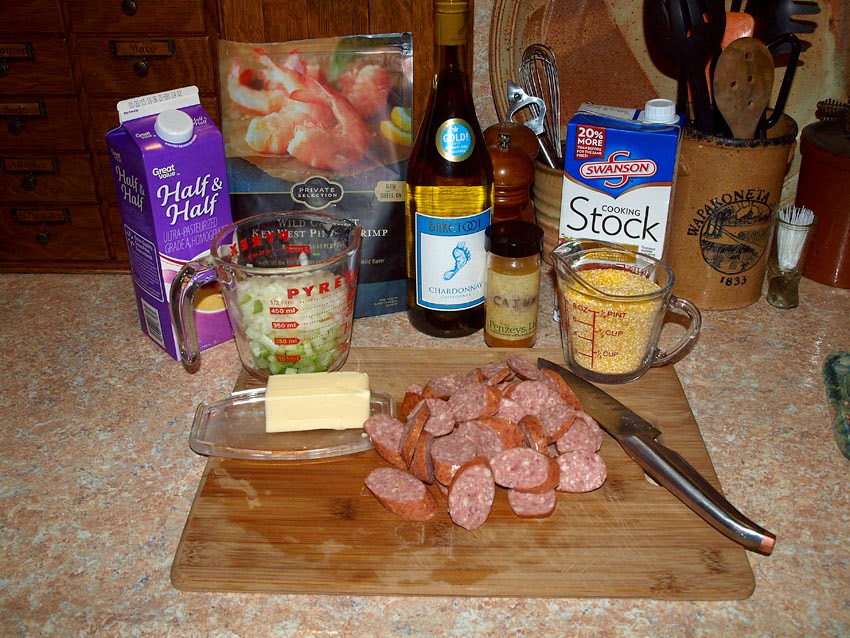 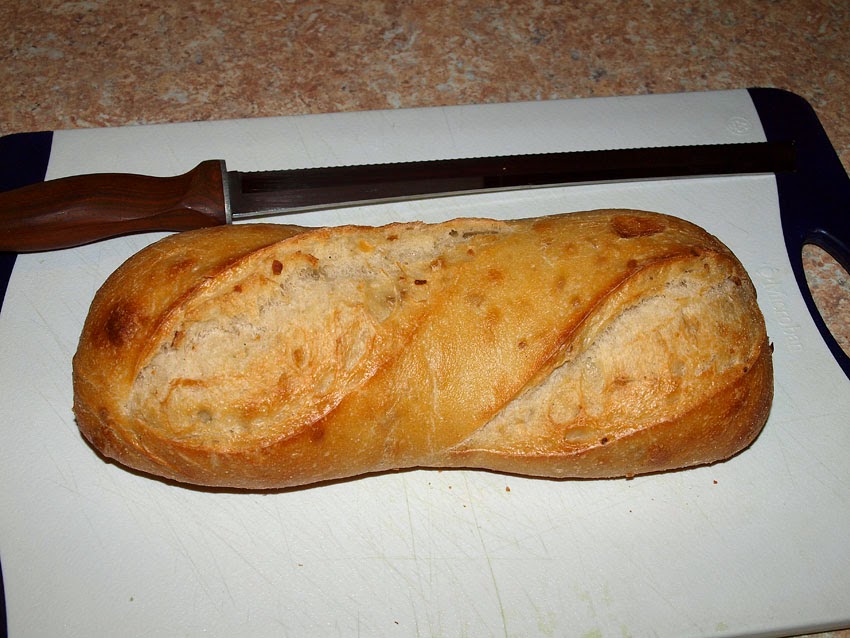 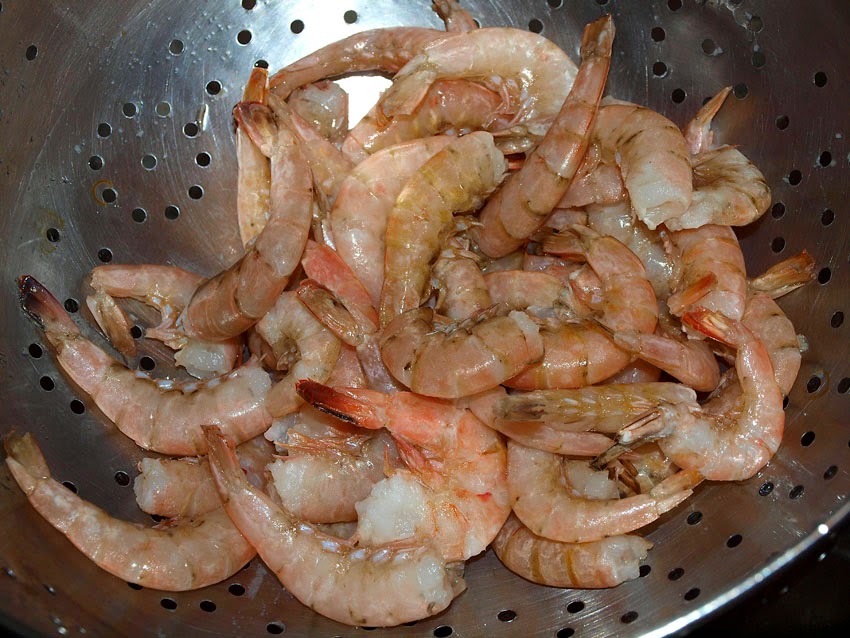 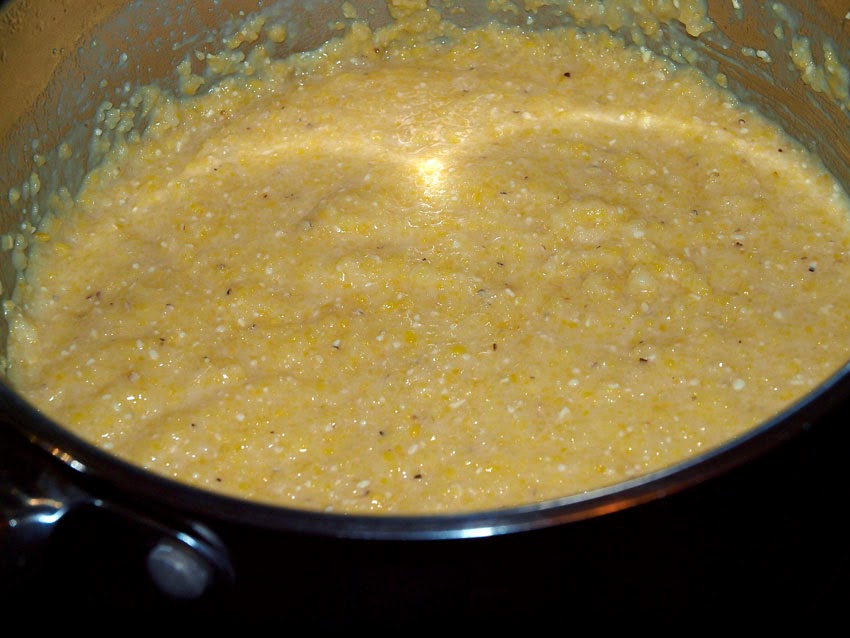 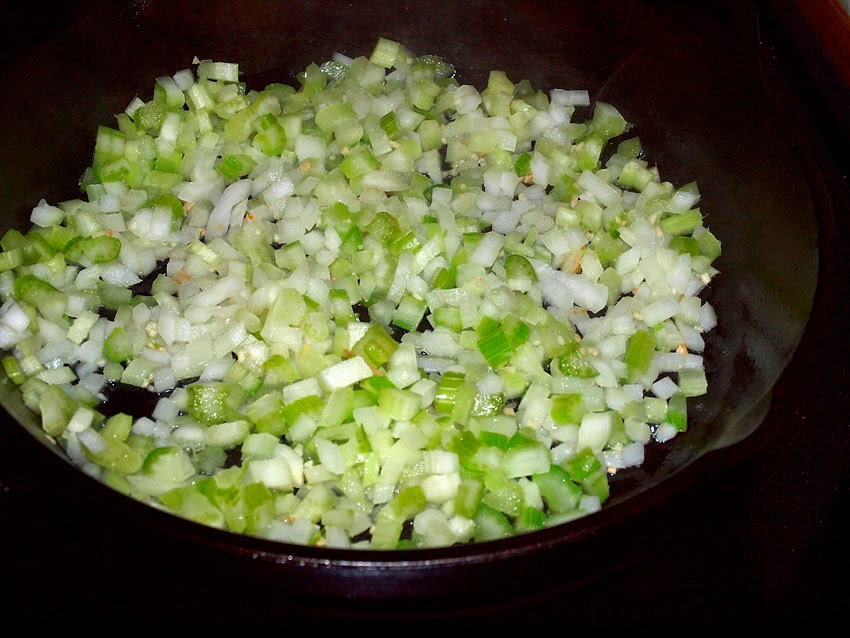 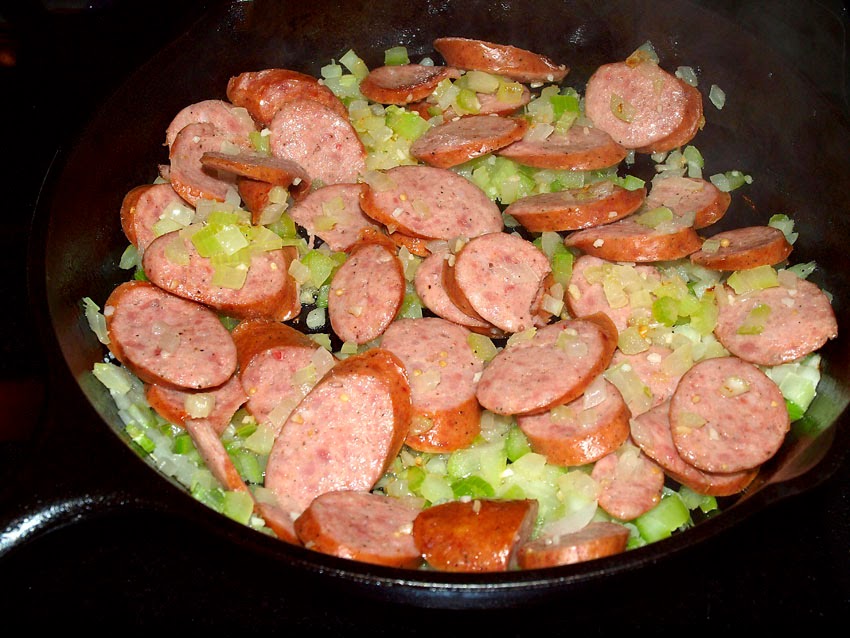 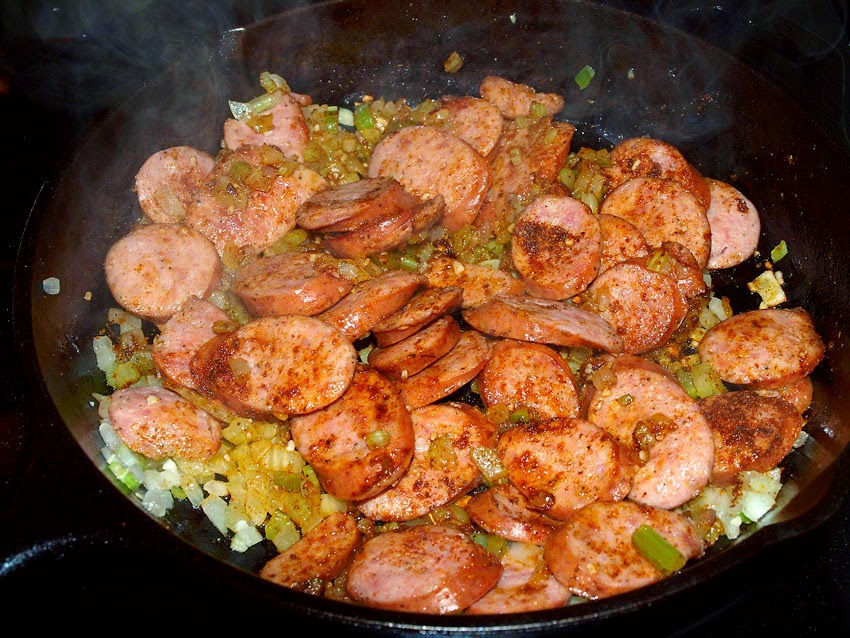 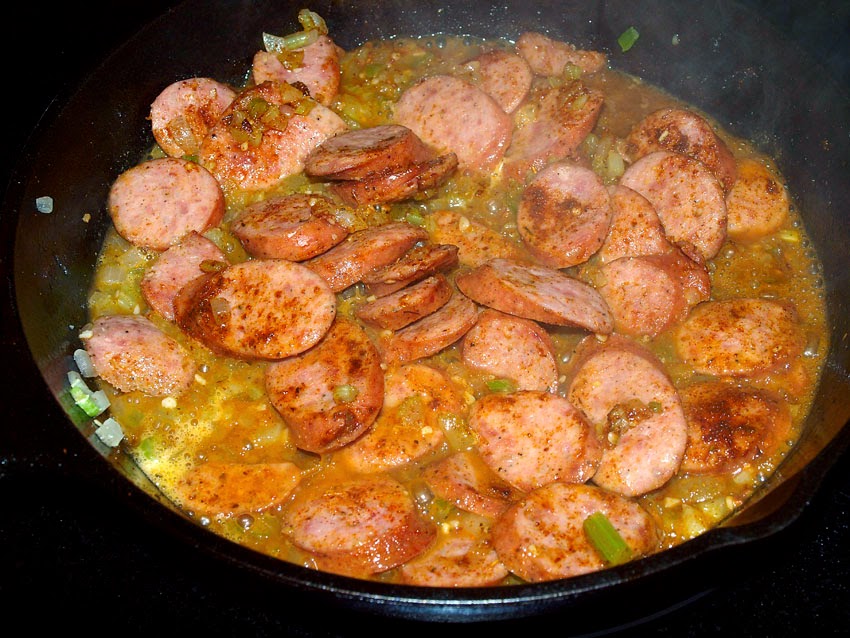 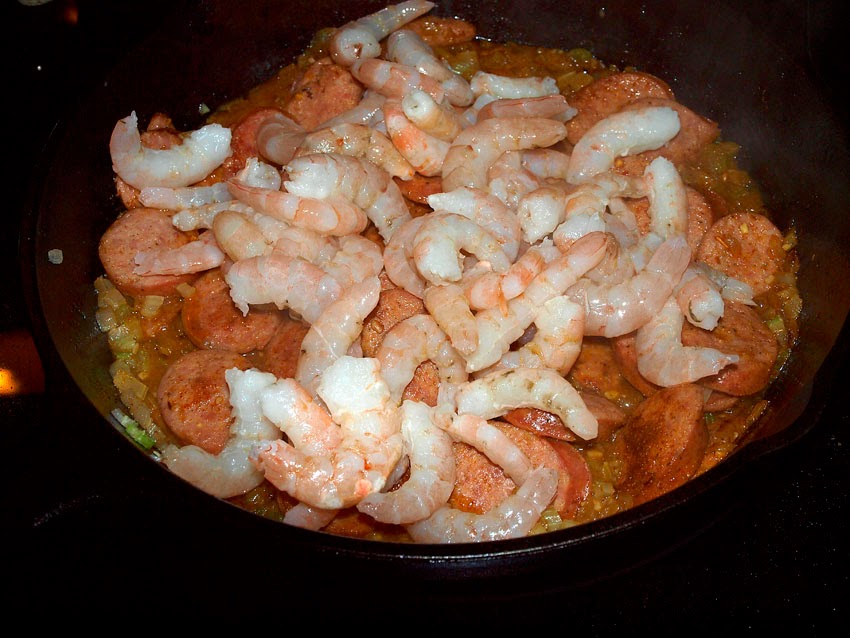 The butter and half and half cream was added
and cooked about 5 min. but I missed getting
a picture of it! 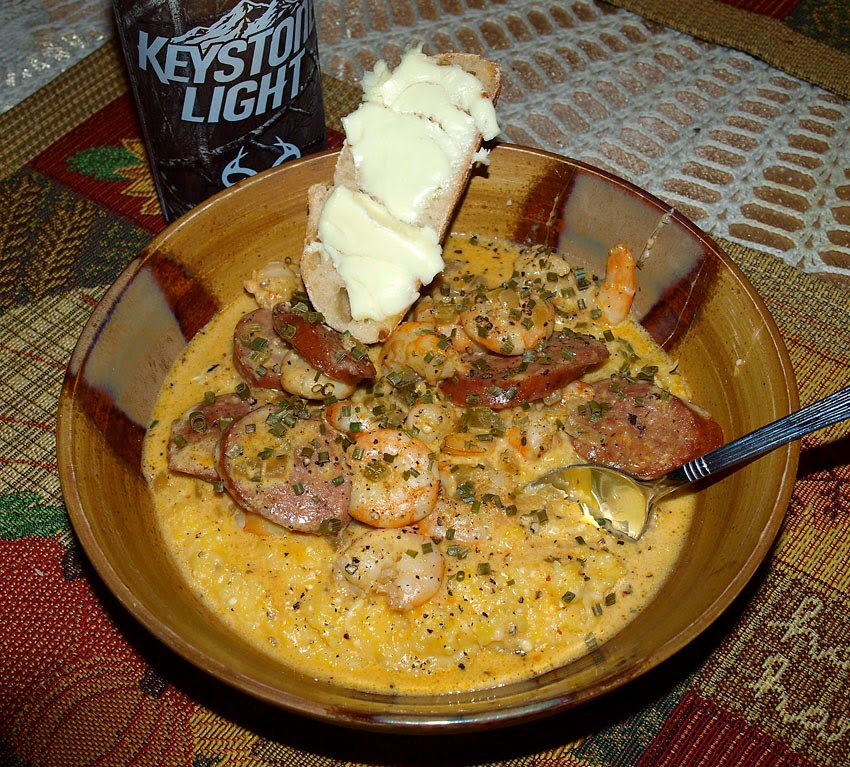