Spaghetti Squash in the Shell

As much as I have fixed spaghetti squash it’s a wonder I didn’t think of this before or see the recipe. If you search there are a lot of different recipes for baking it in the half shell and then scooping it out and mixing with goodies and then back in the shell to bake a short time. I looked at several recipes and made this one up.

I think it is always fun to make a dish for the first time. I found two small squashes so would have 4 halves; enough for me, the wife, daughter in law and grandson. I had a pound and half of ground chuck I browned up with some onions, green pepper, dried garlic flakes, salt, pepper and Italian herb blend. My sauce was Newman’s Own marinara sauce. I sautéed a little onion and green pepper in a sauce pan and then added the sauce to heat up. For the cheese topping I used some shredded mozzarella and grated parmesan.

I had to make these three different ways to please all! I cut the squash in half and scooped out the seeds. They went on a baking sheet cut side down over a pat of butter. I poured about 1/3 cup of water in the baking sheet and they went in a pre-heated 375 deg. oven for 30 minutes. For larger squash you will need more time. While they were baking I browned up the ground chuck and got the sauce on heating up.

I let the baked squash sit a while to cool. I scooped out the squash from one and mixed in a Tbs. of the sauce and then back in the shell that was for the grandson he doesn’t like much sauce. He had popped in and said just meat on his and no cheese.

I scooped out the squash from the other three into a bowl and mixed in 4 ladles of the sauce. It was divided among the other 3 shells. A good portion of the ground beef went on two for the wife and me. I then topped all 3 with a ladle of sauce, shredded mozzarella, grated parmesan cheese and a sprinkle of Italian herb blend. They went back into a 350 deg. oven for 15 minutes. My wife had salads made for us and I had some good bread left over to have.

We all thought this was extra good and a different way to have spaghetti squash. We had some French fried onions for topping the salad and I had some Greek Yogurt blue cheese dressing I thought was extra good. It’s about 60% fewer calories than regular dressing and I thought the sour from the yogurt went well with the blue cheese. 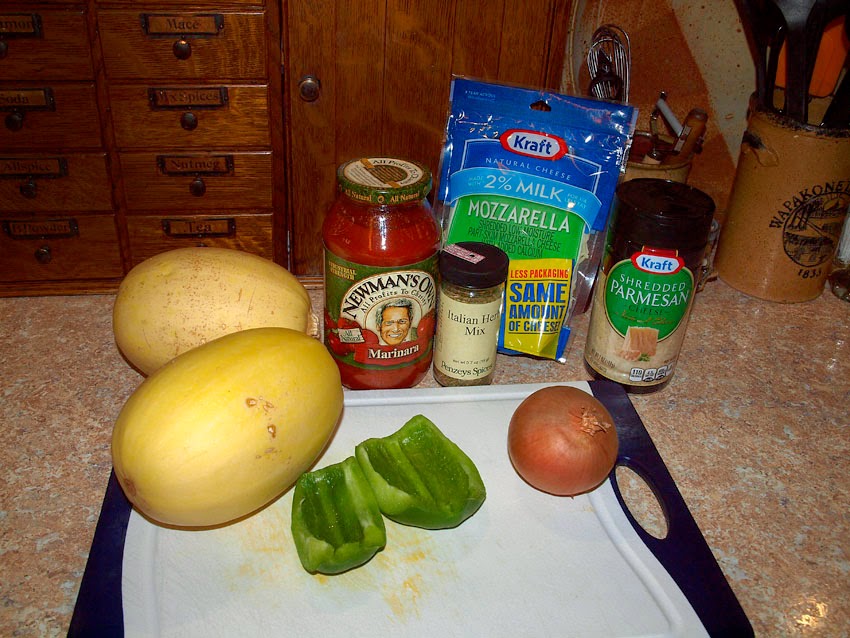 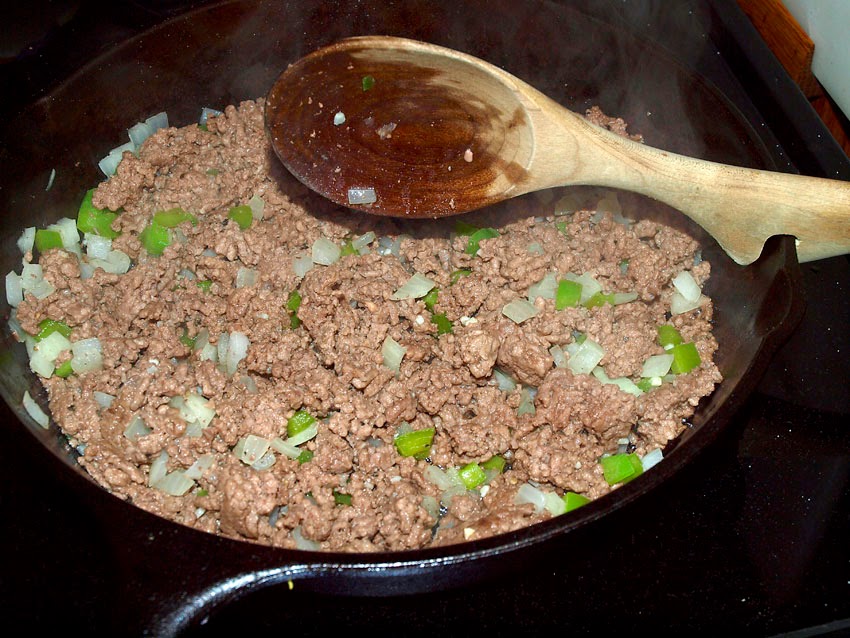 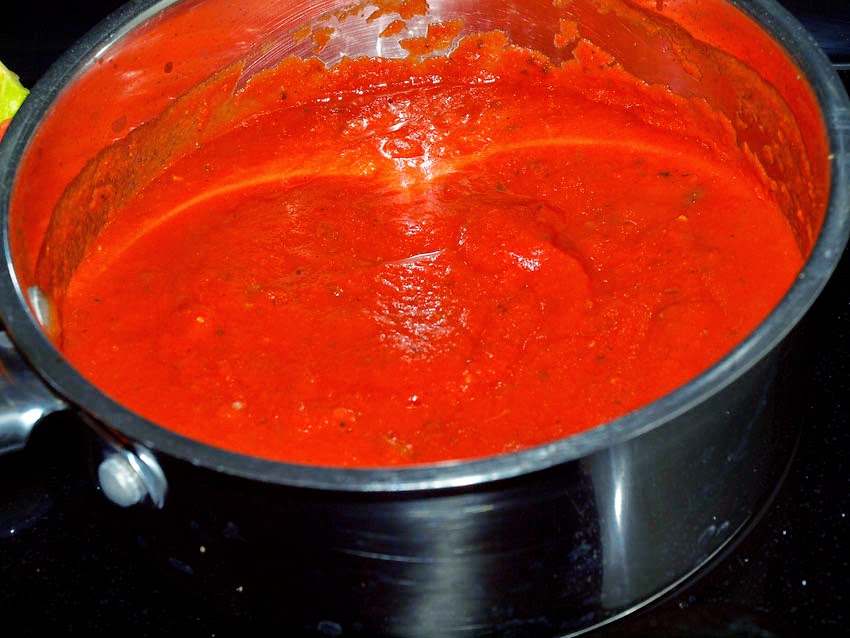 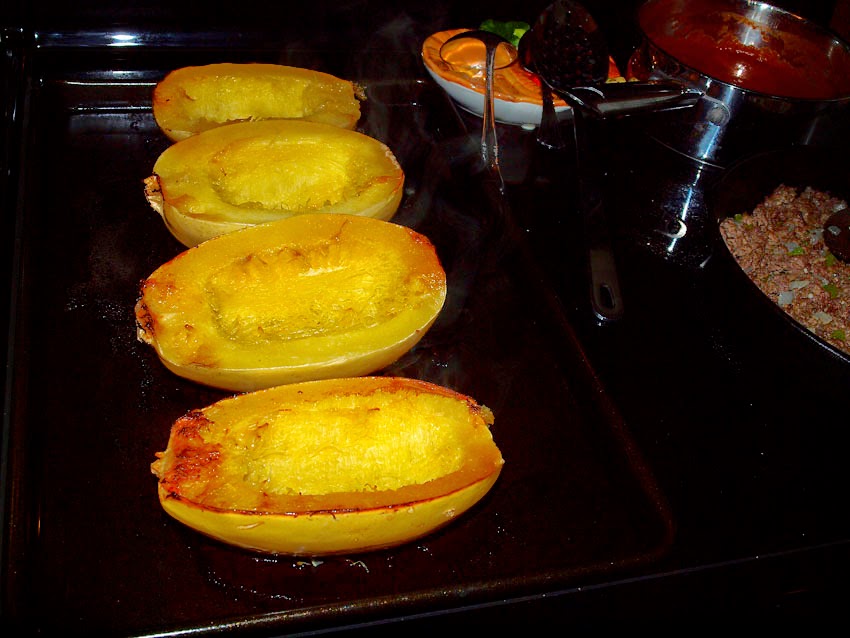 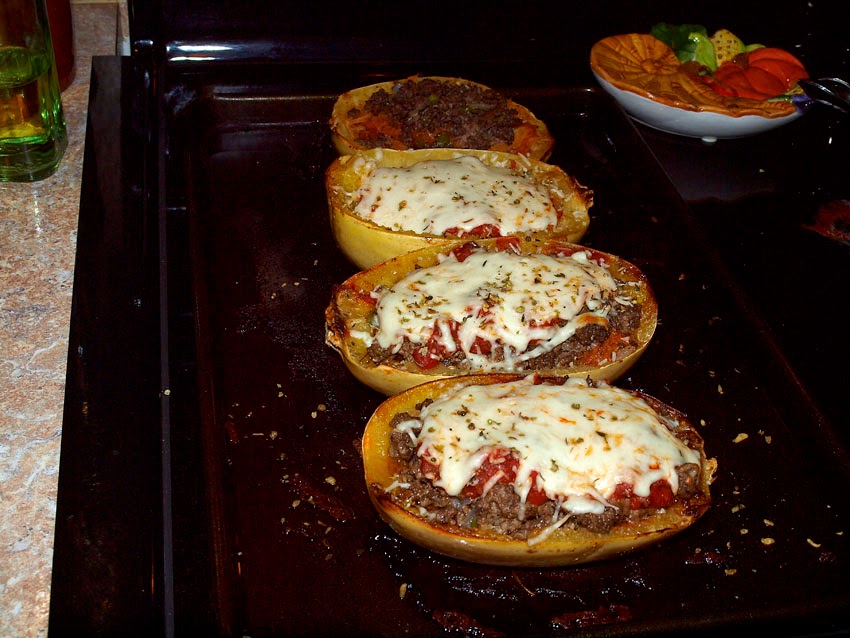 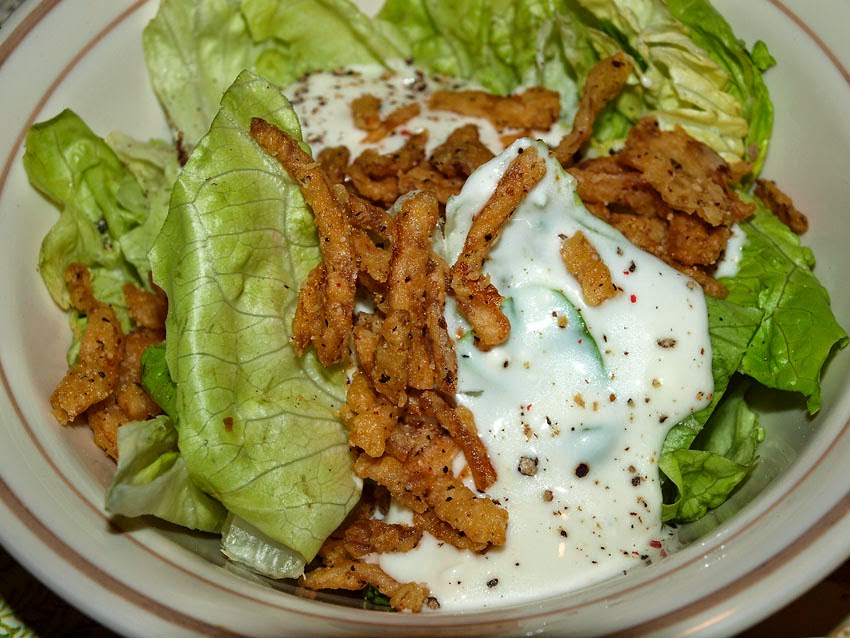 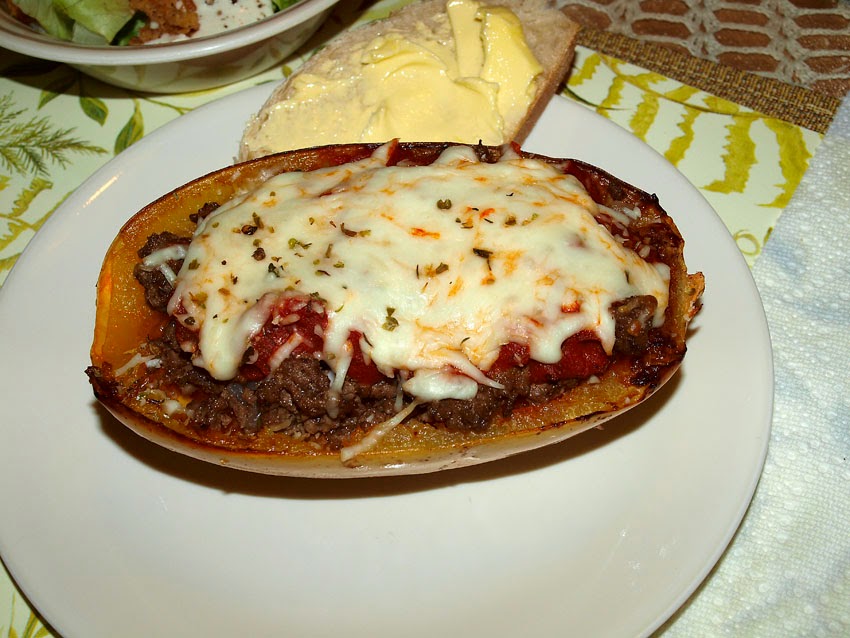 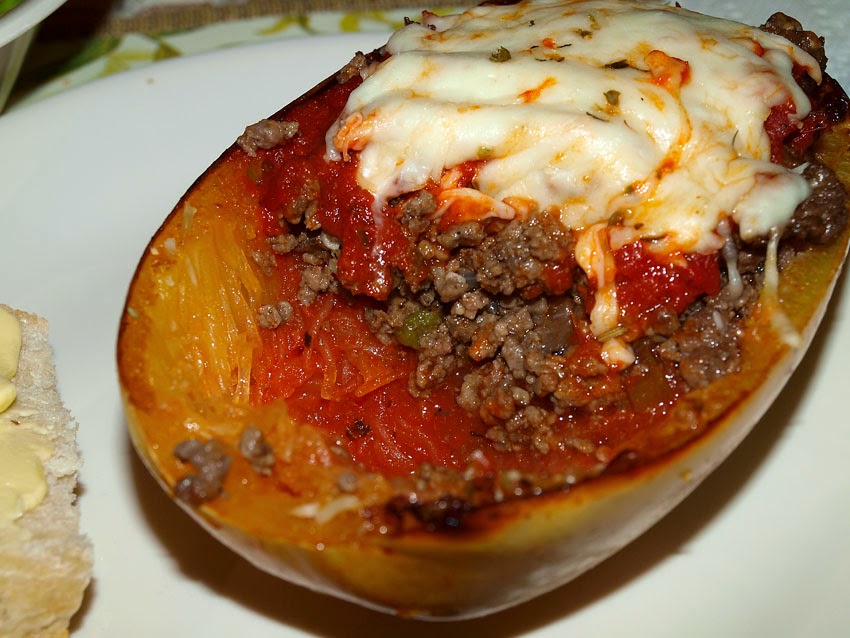