It’s bad enough around here trying to cook for us full time and the daughter in law and grandson part time.  Our son works several nights a week at a part time job so the grandson comes here when he goes to work and waits for his Mom. They usually eat with us. For years now I always cook for 3 since I will have left overs for my Mother, 93 this month. Then you throw Christmas in here and it gets my cooking schedule messed up!

My wife went to meet the daughter in law, where she works and eat supper then go shopping. Our son had to work and the grandson went to a friend’s birthday party and to stay over. So I cooked a meal for three tonight but I was the only one here to eat! Well the dog was here too.

I had 3 nice pork chops from my butcher, leftover cabbage from making kraut and some left over potatoes that would make a good meal.

For a quick tenderizer for the chops I sprinkled with a little Morton’s Tender Quick, covered and in the fridge for an hour. Then rinse and dry and back in the fridge until cook time. That’s a little tip I picked up from Jennie at Cowgirls Country Life. It works and is less trouble than brining.

I seasoned the chops with Savors WOW and browned them in my Lodge steel skillet in a little olive oil 4 minutes per side on med. high heat. I removed them to the side and added in the chopped cabbage, some chopped onion and a large clove of garlic, mashed and diced. I stirred it around adding a little more olive oil until starting to get soft and picking up some of the brown from the chops.

I stirred in a little DeSchutes Black Butte Porter beer and stirred to deglaze the pan. I let it simmer a little then added the rest of the beer. If you don’t want to use beer, chicken broth or water will work. I added the chops back on top and covered. When it came to a boil I turned down to a simmer and let simmer for a half hour.

I removed the cover and turned the heat up a little to cook the beer down some. I heated up my other Lodge steel skillet with a little olive oil spray and a couple pats of butter to fry the potatoes. I don’t usually use butter and almost burnt the potatoes, with butter they will brown a lot quicker.

I served myself one of the chops with some pan juice over, some cabbage and the potatoes. I had a couple of slices of crusty baguette with a smidgeon of butter spread on. That was all pretty tasty; the dog got a few pieces of bread crust and was happy! 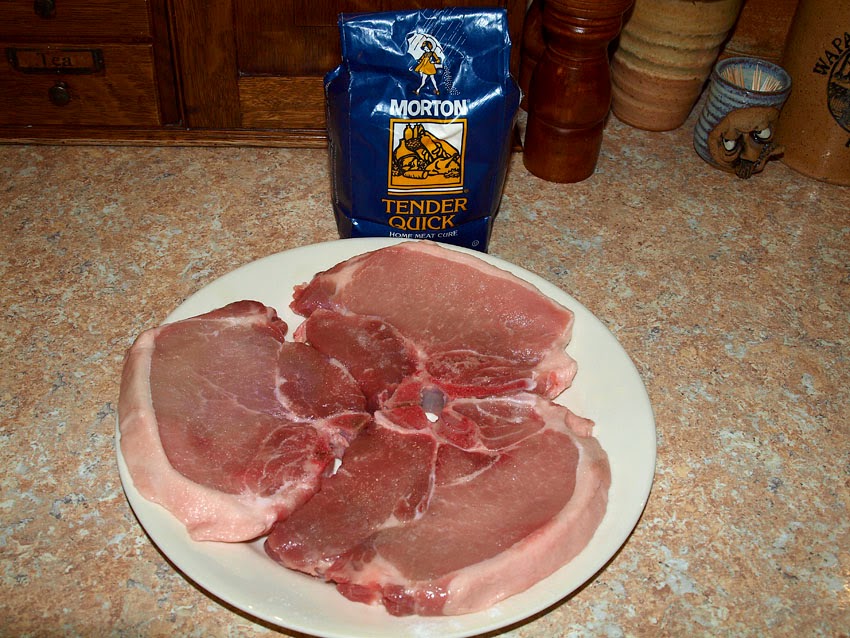 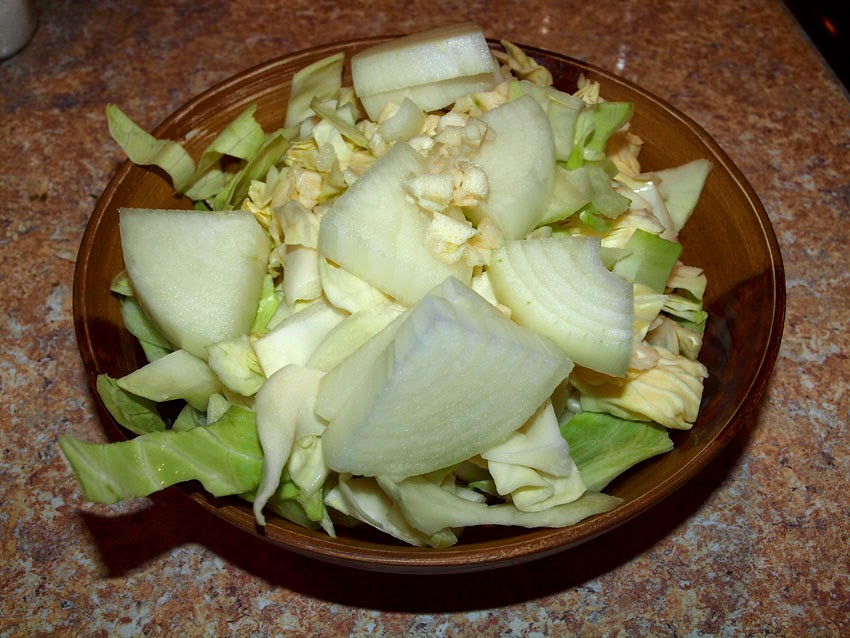 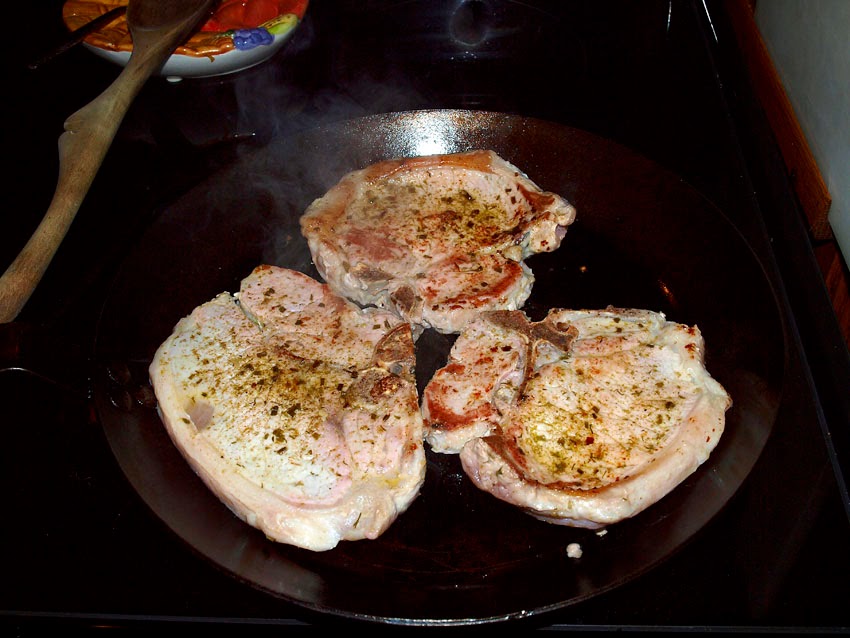 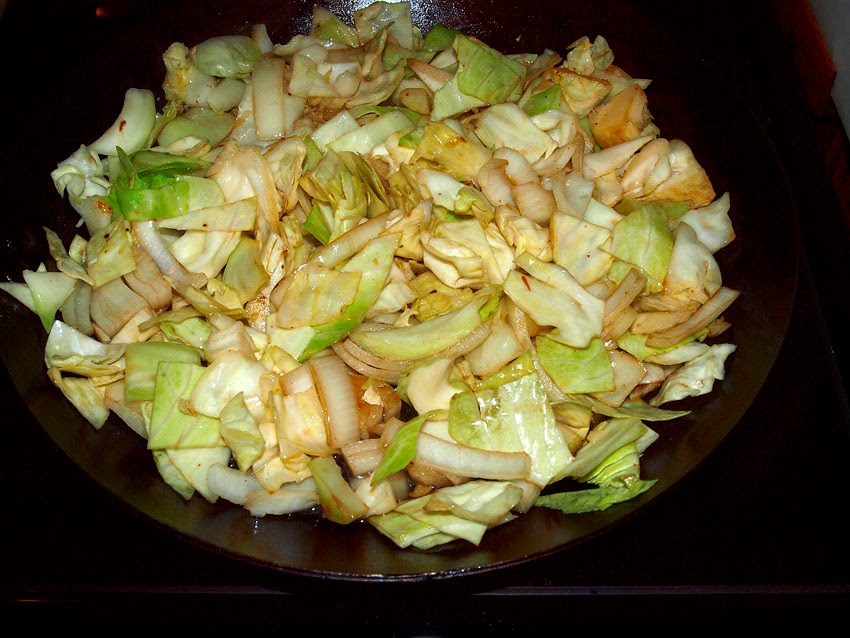 Chops and rest of the beer added 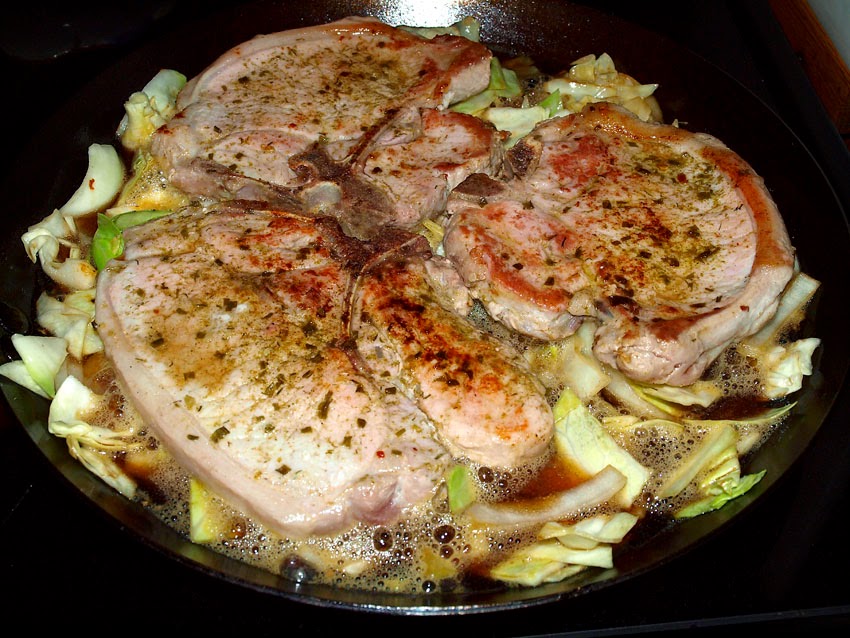 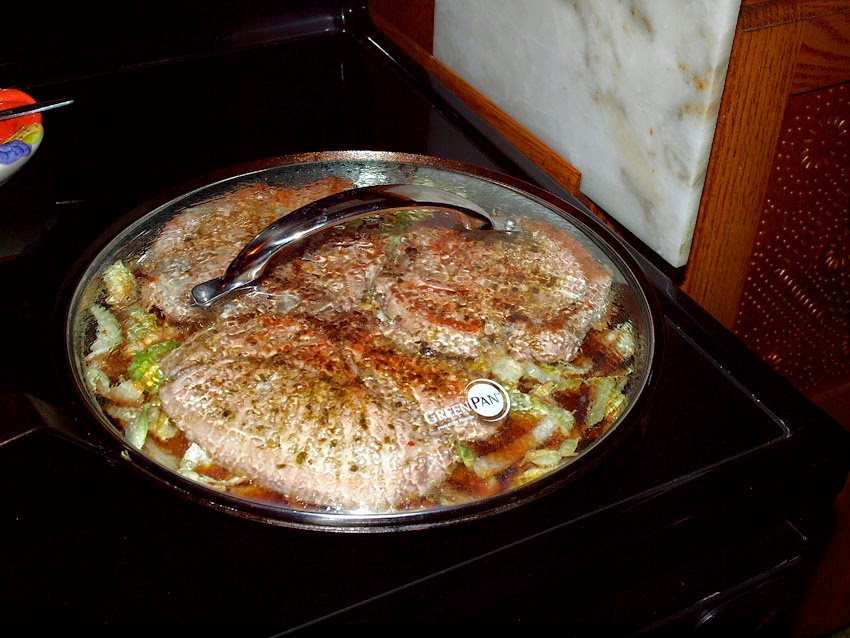 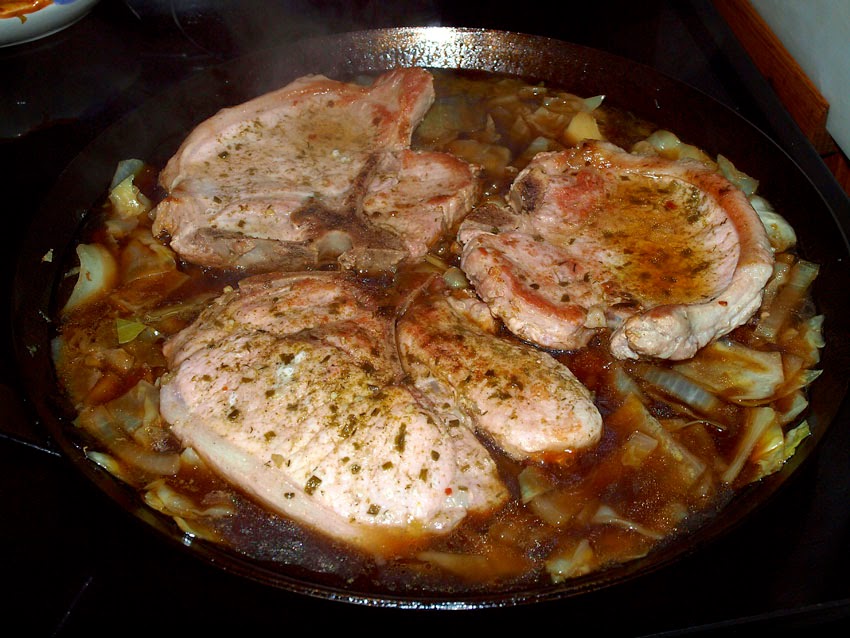 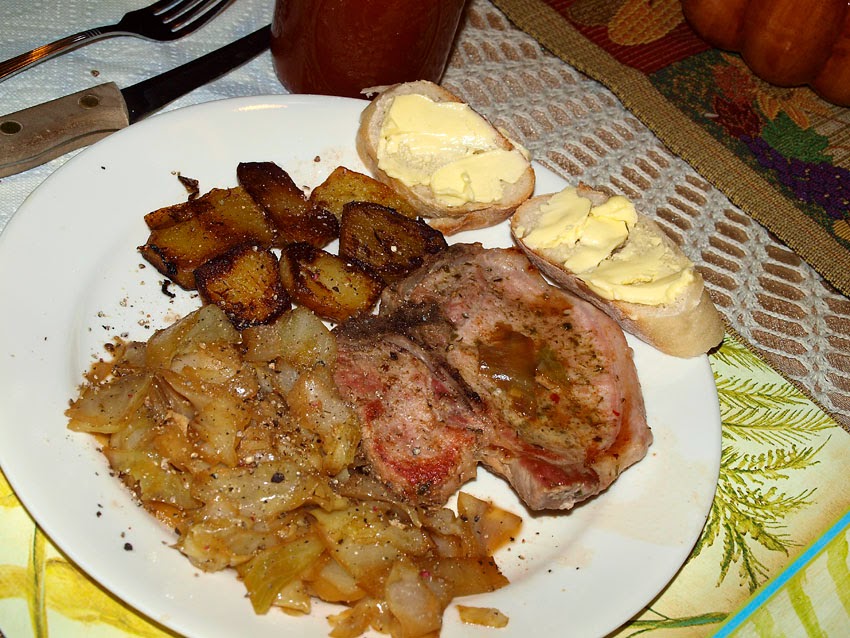