We woke up this am with snow covered grass and roof tops! That’s about two weeks early for this area. It was cold today 39 deg. but we did have some sun this afternoon.

My wife gets her hair done every Saturday and I planned to make some ham and bean soup. I had some leftover ham and cornbread from yesterday’s meal to use. I also had some celery and carrots to use up; I always have garlic and onions on hand.

The ham I had was probably about ¼ pound and with a cup of beans and some veggies you can feed 4 to 6 people pretty cheap. I started making the soup a little after lunch. I got it all together and on simmer until supper time and the grandson stopped in. He had come to neighbors to play and they were not home so he hung out with me for the afternoon and ate some lunch.

My wife got home and she played some scrabble with the grandson. His Mom came to pick him up; she said she couldn’t eat since she had a stomach ache. The grandson said he would try my bean soup and he liked it and had seconds and some of the cornbread. After he ate they went home.

I fixed myself some of the soup with chopped raw onions and hot sauce added, and a little dried chives on top for looks. I thought it was pretty good bean soup along with some buttered cornbread it hit the spot!

I told the wife I didn’t have much but the bean soup and she could go out to get something. She said she was too tired and would try the bean soup since she did want the cornbread. She took a bite and said boy that’s good! I’ll be darned after 30 plus years cooking for her I finally made some bean soup that she liked!

I think one reason she liked it was the yellow eyed beans, they are pretty mild tasting and not as starchy as most beans. I had just thrown the soup together without a recipe. I figured if both she and the grandson liked it I better write the recipe down while I can remember it.

I have never seen the yellow eyed beans around here at the groceries and bought these from Amazon. The only bean I think might be a good substitute is white cannellini beans. 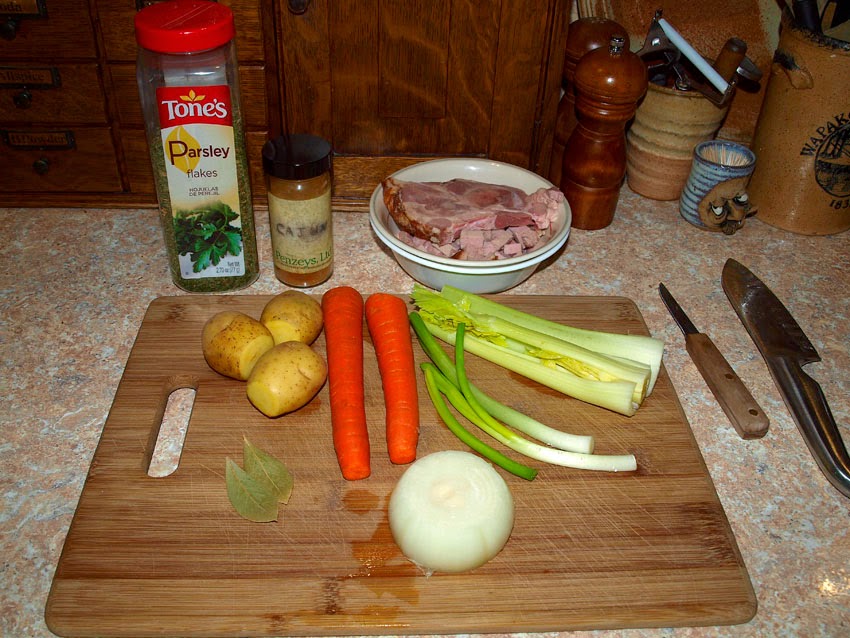 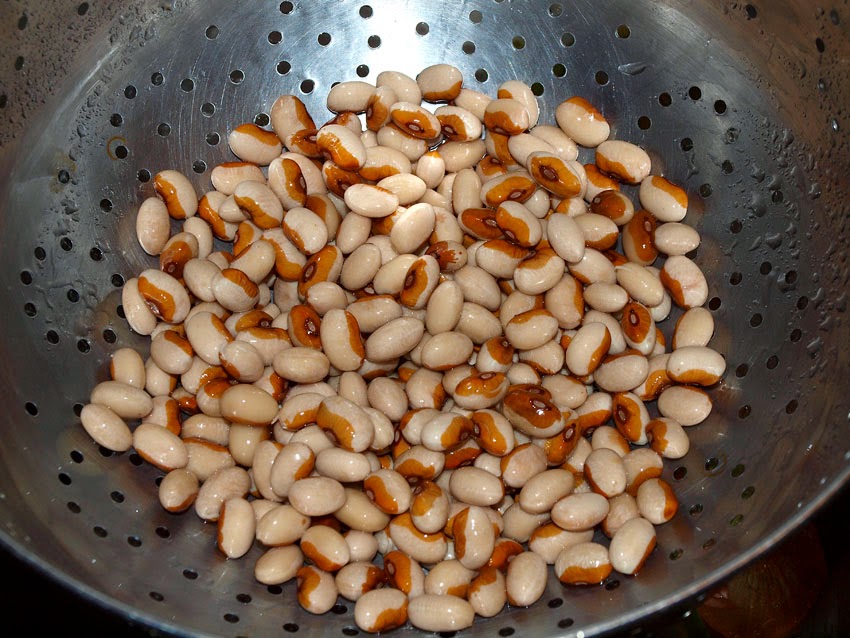 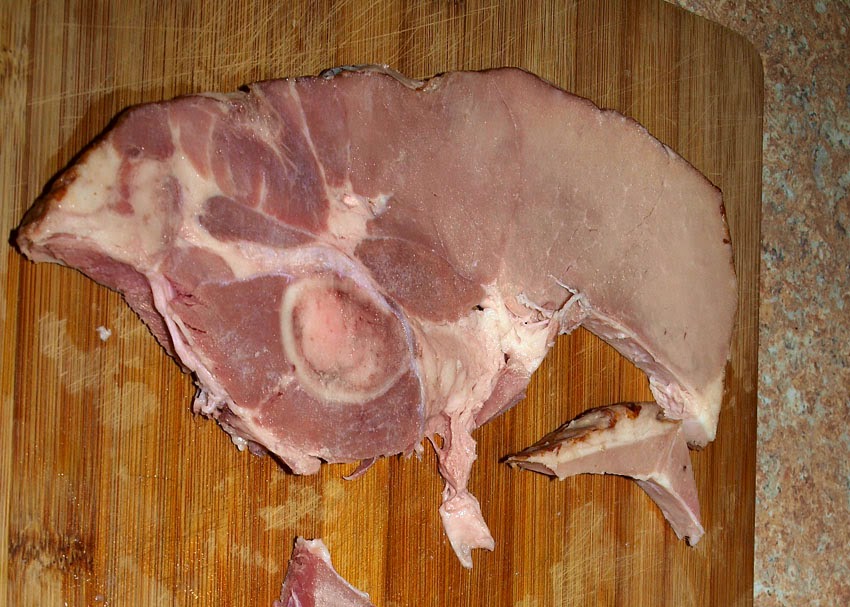 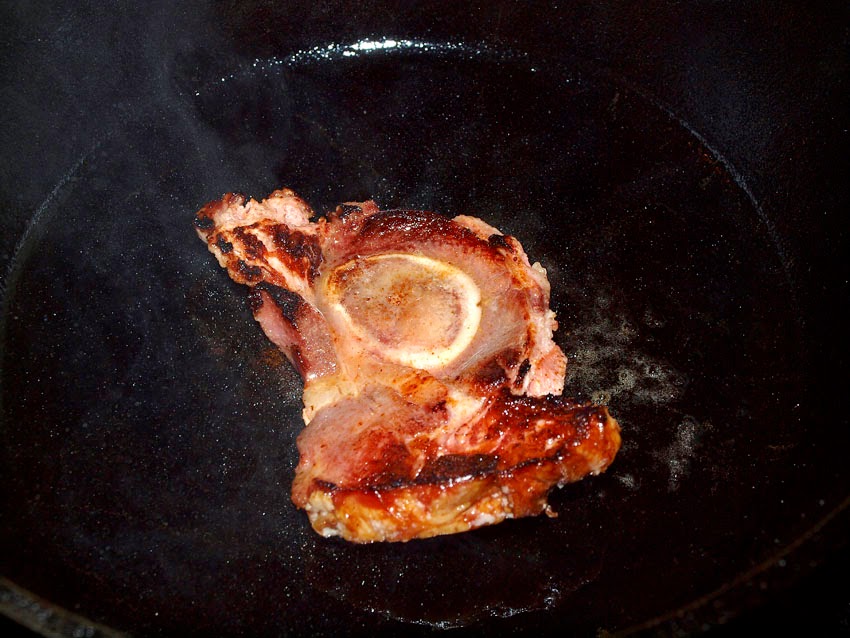 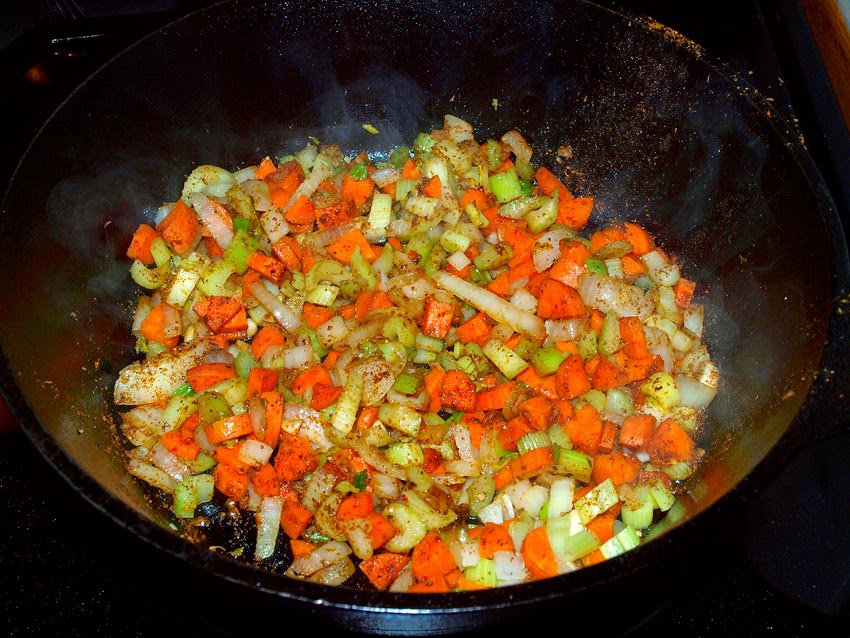 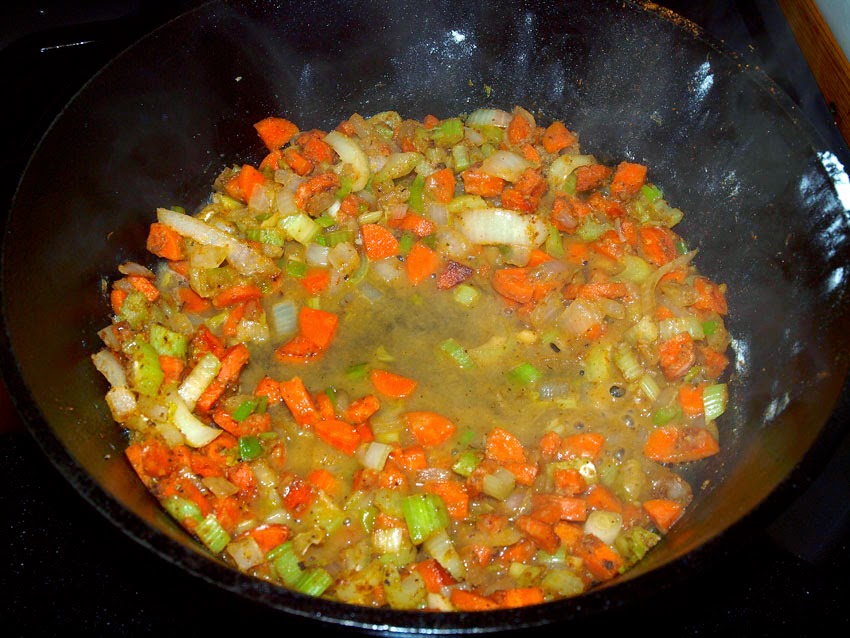 All in and ready to simmer a few hours 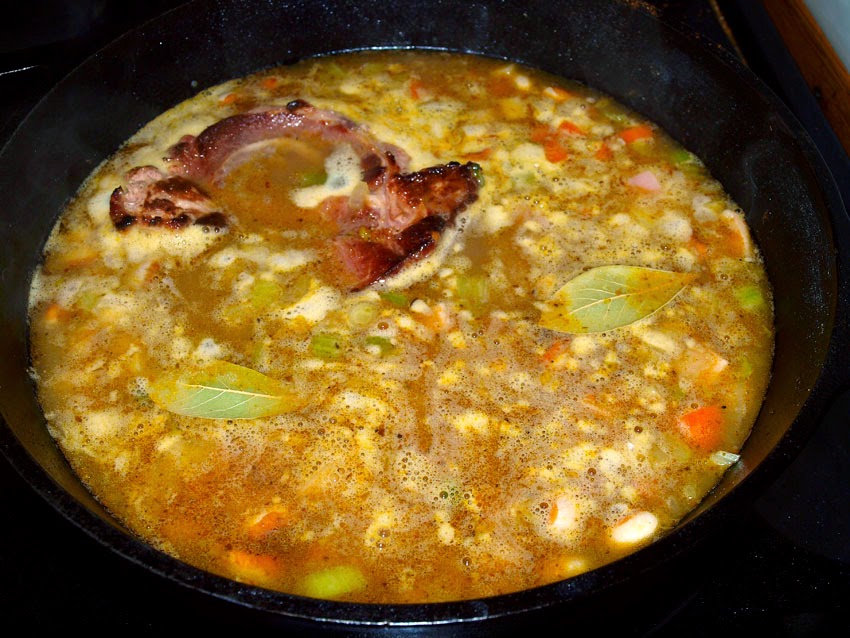 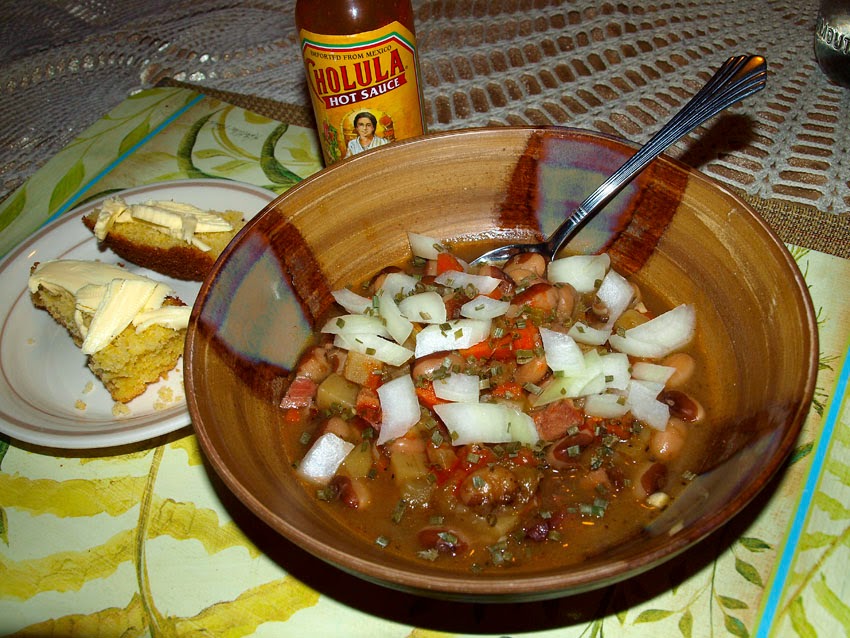