I had my wife buy me some pecan halves at Sam’s the other day. I wanted to find a good recipe for smoking some for the holidays. I ran across one that had hickory bacon salt added so knew that had to be good. Most recipes were using JD’s hickory bacon salt I looked for a recipe to make your own and found one at Honestly Yum by Karen Chan that looked great so I used it. I don’t remember where I got the recipe for the pecans but it was for oven baking and I smoked mine in my Traeger.

I smoked some of my butchers thick cut smoked bacon yesterday on my Traeger at about 325 deg. grill level for about 50 minutes and thought it was well over cooked as the recipe calls for. After cooling it was a little moist yet so let it dry in the fridge overnight. I was not going to do the pecans until today anyway.

Just before noon I processed the bacon until I got a med coarseness to it. It still seemed pretty wet to me so it was spread on a plate and in the fridge about two hours before I mixed it with the salt and pepper.  I think next time after it’s well browned I will lower the smoker to smoke mode about 170 deg. and do for an hour or more to dry it some. My final mix looked about the same texture as the photos with the recipe.

I got all my ingredients measured out and mixed all with the pecans, spread on a baking sheet lined with parchment paper. I didn’t have the same chili peppers as the recipe so I used a teaspoon each of Penzey’s ancho ground pepper, regular chili powder and smoked paprika. I did them on my Traeger pellet smoker for an hour at 250 deg. grill level for an hour. I stirred them half way through.

I let them cool about 20 minutes and then separated the pecan halves and let them cool and dry another couple of hours before placing them in the jar. There was a lot of sampling them before they all got in the jar! Dang are they good! The recipe said they will keep for two weeks in a sealed jar at room temp. I don’t think so!! 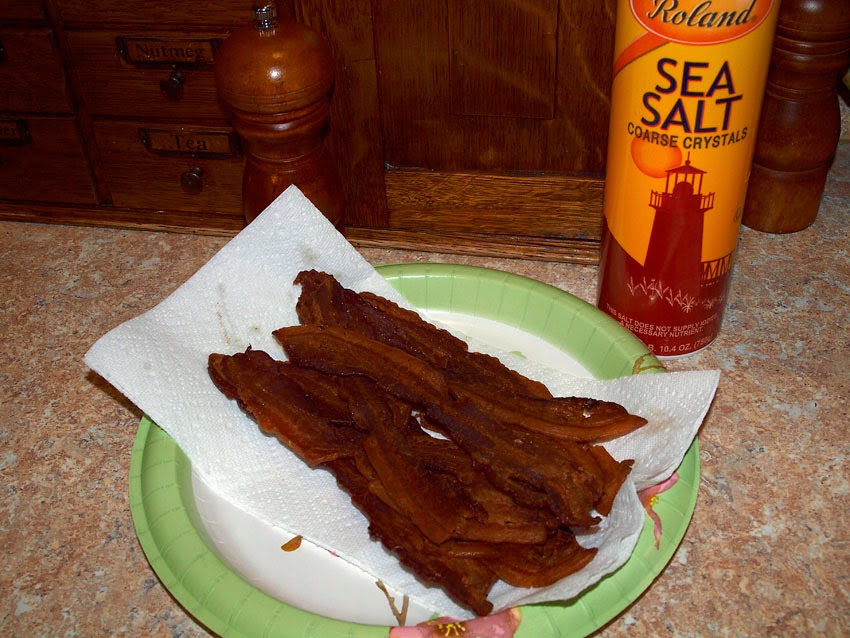 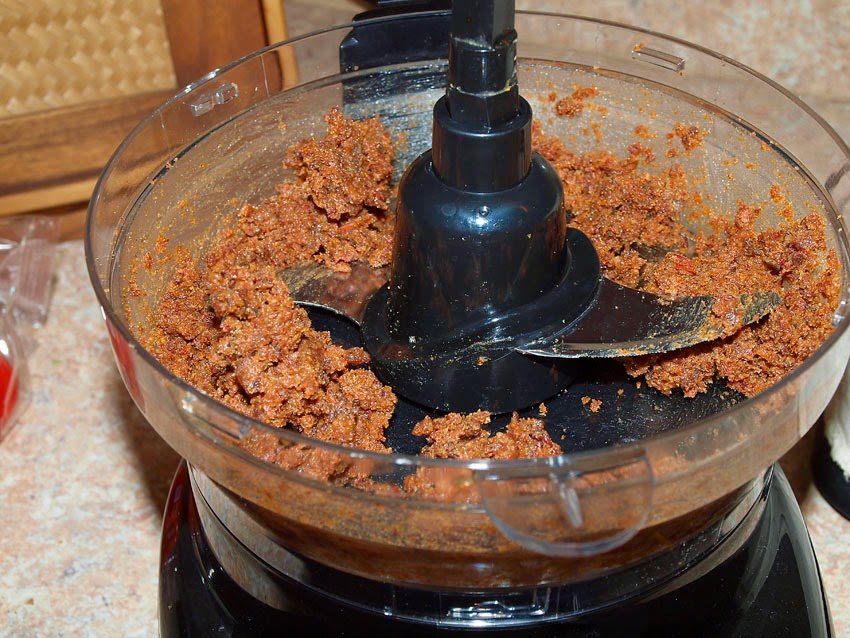 Spread out to dry some in the fridge 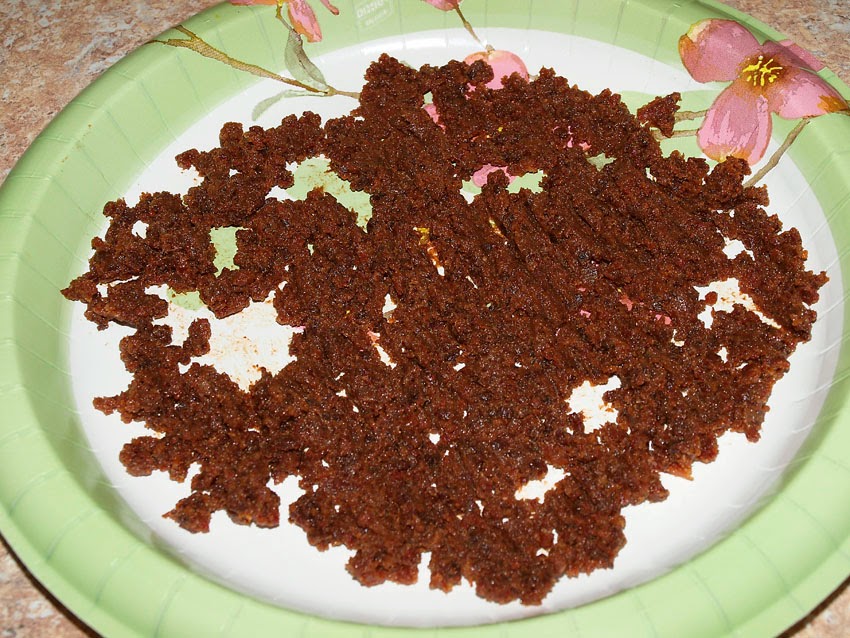 The bacon, salt and pepper 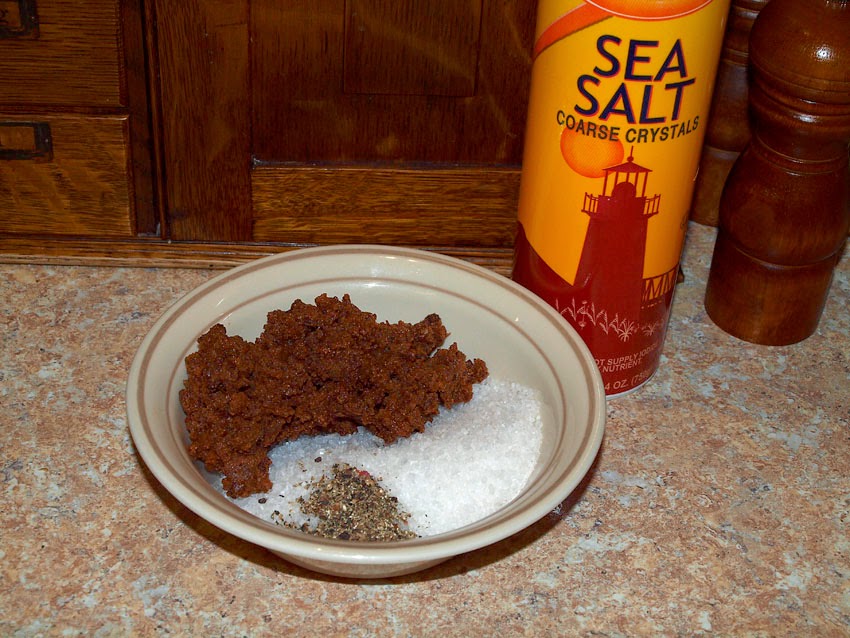 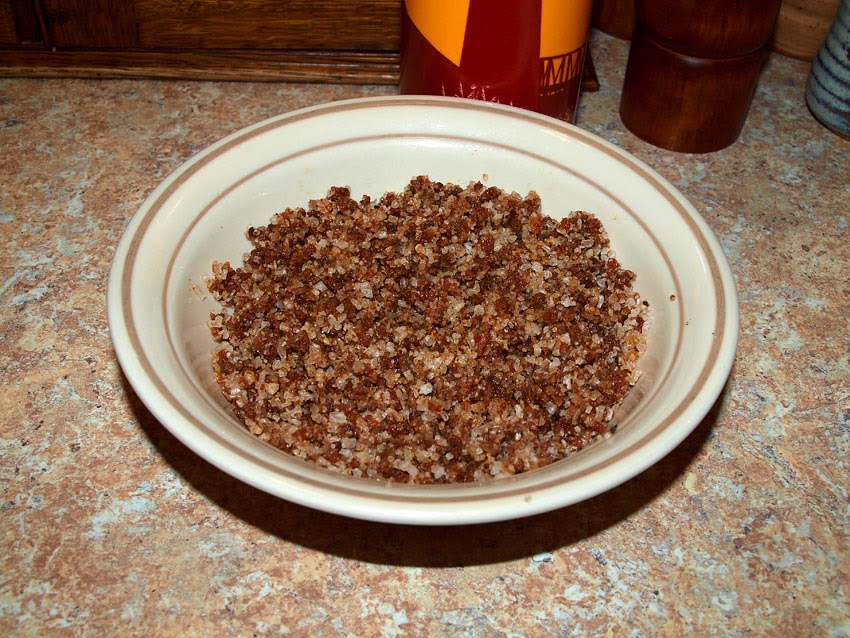 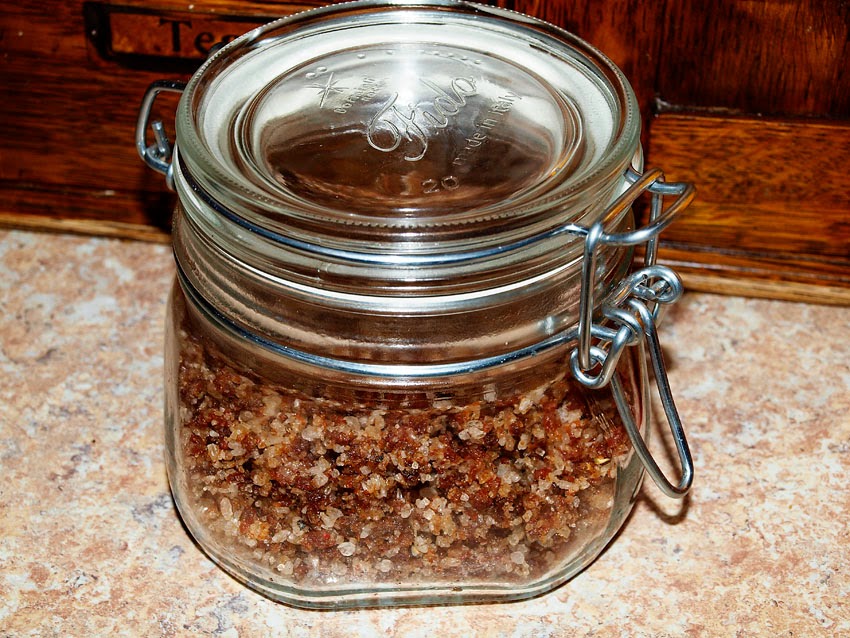 Ingredients for the pecans except brown sugar 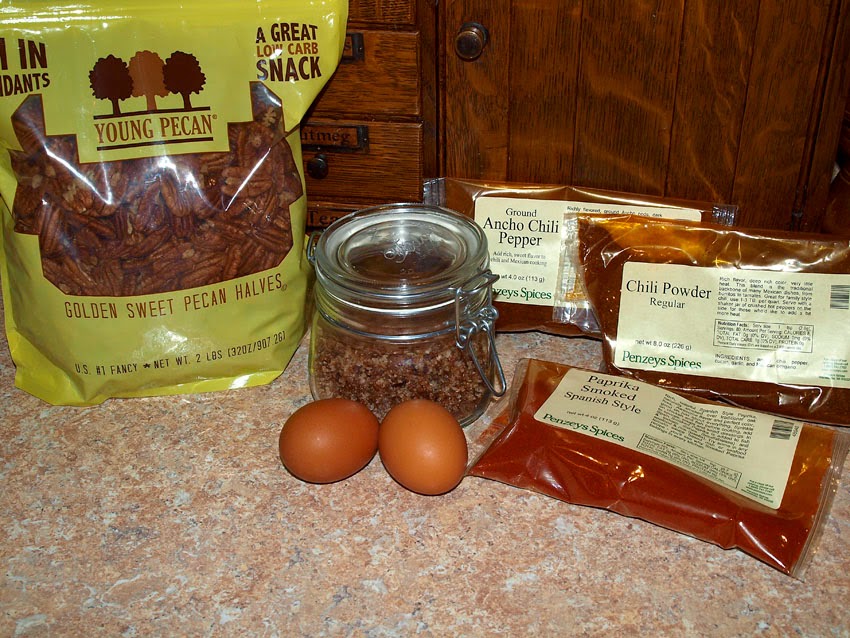 All set to mix up 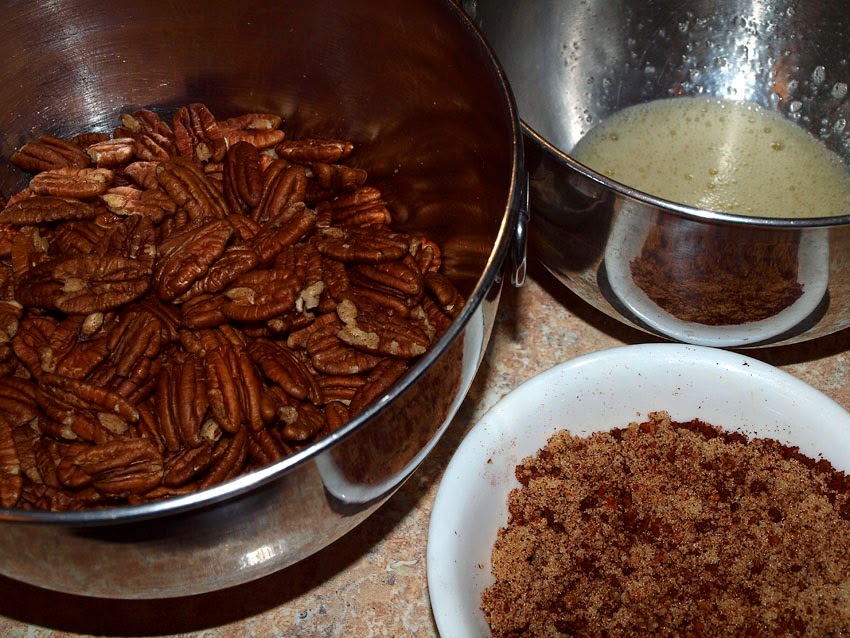 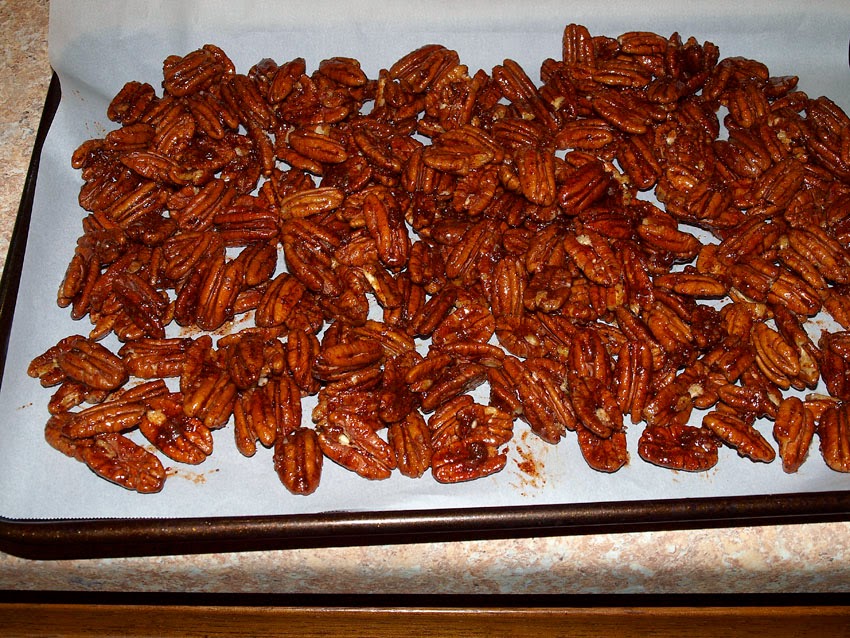 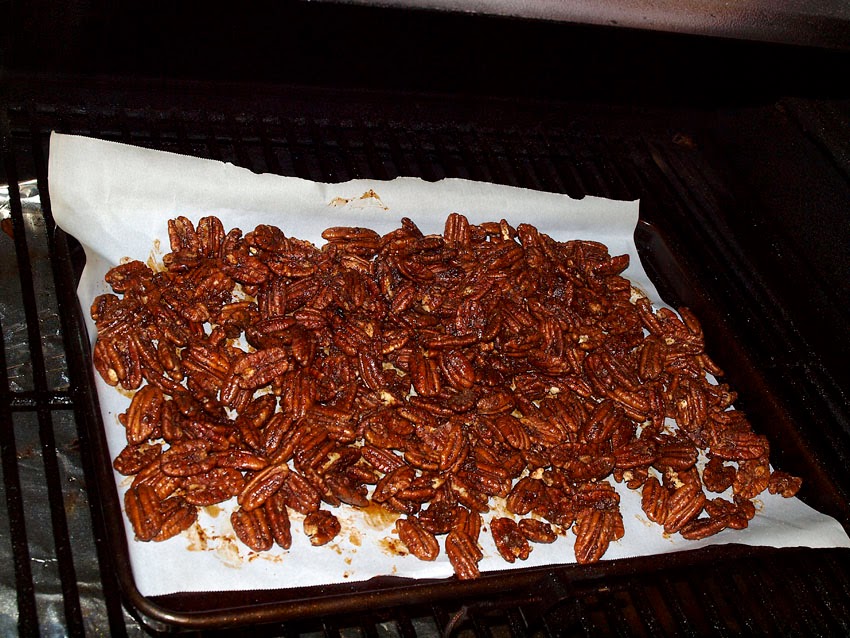 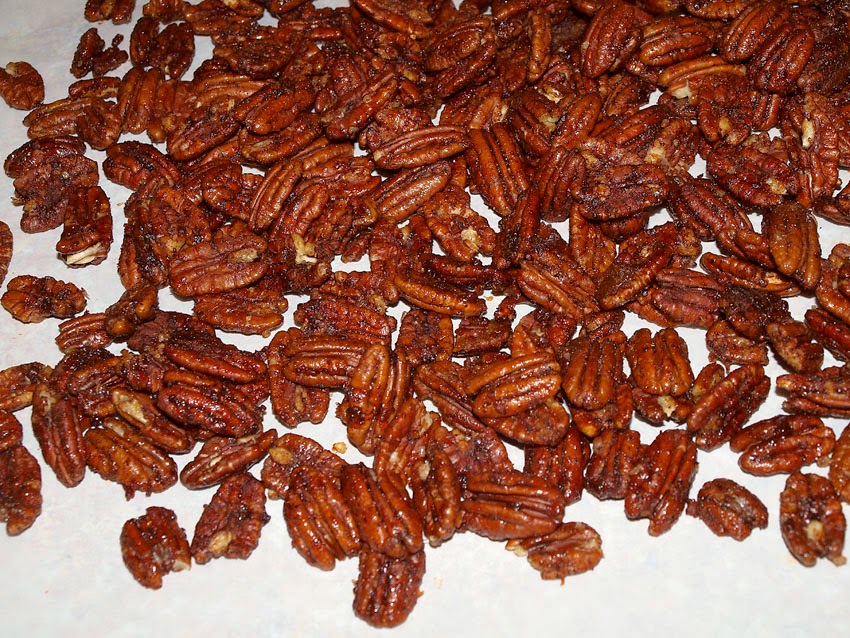 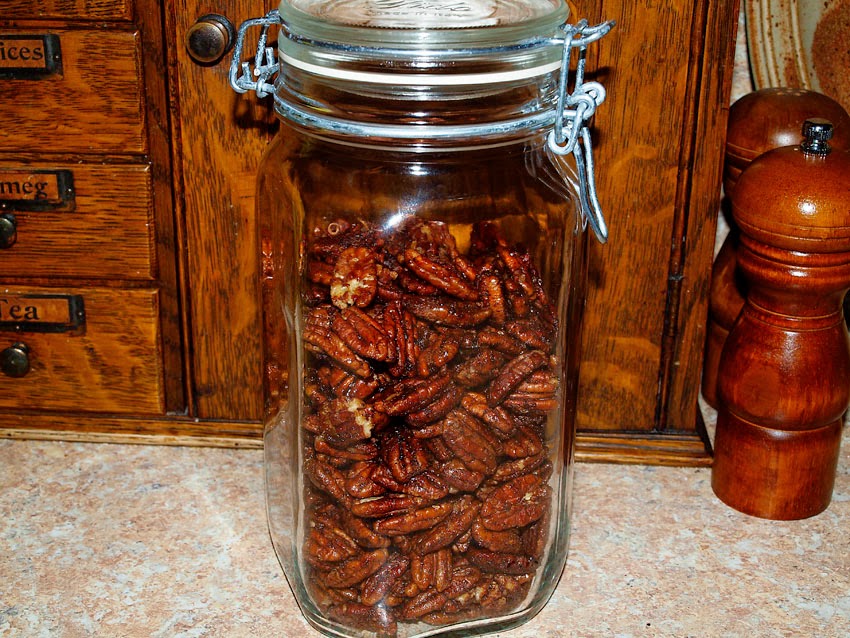